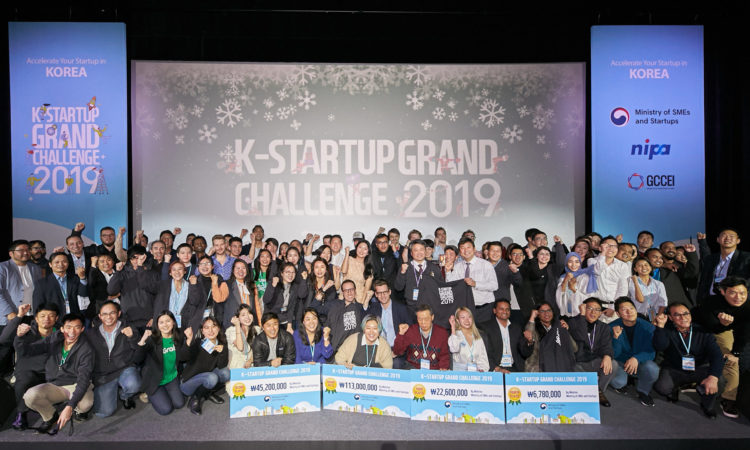 K-Startup Grand Challenge is an accelerator financially supported by the government of South Korea which is investing in the country’s startup ecosystem and diversifying its creative economy by inciting startups from around the world to set up business there.

Launched four years ago, the accelerator selects 60 of the best startups and invites them to take part in a three-month acceleration program in Pangyo Techno Valley — South Korea’s answer to Silicon Valley.

Last year’s program hosted startups from 44 nations around the world, one of them Brazil.

Cesar Noda, a Brazilian entrepreneur originally from Curitiba in the state of Paraná, was one of the lucky ones chosen to take part.

He is the CEO of VRGlass, a studio that designs VR/ AR apps and equipment for enterprise and retail companies that was founded in 2017 to solve a “lack of innovation” that the co-founders saw in the Brazilian market at the time.

In conversation with The Sociable, Noda described the Brazilian startup market as “heated.”

“When the economy isn’t very good, lots of entrepreneurs start popping up,” he said, explaining that VRGlass was one of the first VR/ AR startups in Brazil.

After two years of operating, the market in Brazil had naturally become more competitive and so Noda and his team jumped at the opportunity to apply to the K-Startup Grand Challenge in August 2019, seeing a window of opportunity to enter the Asian market and partner with industry leaders.

“It’s not easy,” said Noda, who took a gamble moving halfway across the world to expand his company. “I’m Brazilian and it’s my first time living outside of Brazil.”

Noda, who is of Japanese descent, admits that the culture in South Korea is very different.

Nevertheless, he has felt very welcome there, he says, complementing the Pangyo Techno Valley infrastructure.

“It’s got everything we need,” he said.

“There are a lot more opportunities for startups here,” added Noda, who explained that his team is thinking about applying to other acceleration programs for small businesses in South Korea, where they have established an independent entity.

For Noda, one of the most positive outcomes of the K-Startup Grand Challenge program has been the mentorship it provides from local VC companies, who have become his close personal friends.

“They help us to understand the Korean market,” he said, which is home to leading VR/ AR companies such as Samsung and Hyundai.

And, although being in South Korea was concerning at the start of the COVID-19 pandemic, Noda now feels safer there than the idea of being in his own country, where he is worried about the economy and public health emergency.

With the future not looking bright, he recommends the Grand Challenge ramp up its advertising to encourage startups in South America to participate in the program, where investment for young businesses is “lacking” but the demand for it remains high.

Applications for this year’s K-Startup Grand Challenge — which have increased by 33% as startups from 93 different countries look to flock to South Korea to ride out the pandemic — are open until midnight, Thursday June 25 Samoa Standard Time.