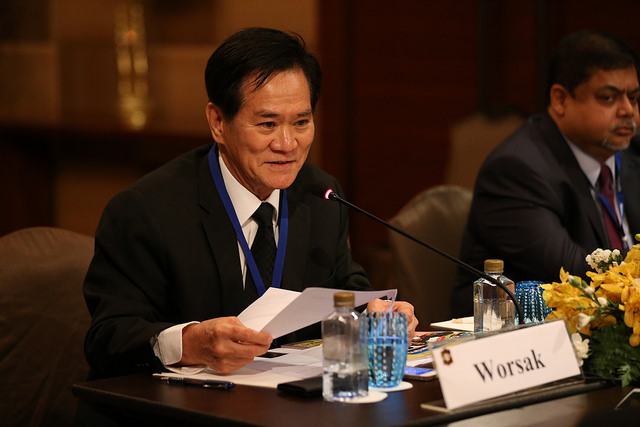 Over 400 world leaders will descend upon Binh Duong New City, Vietnam from November 25-26 for the Horasis Asia Meeting where politicians and business leaders will meet to discuss and form a systemic view of activities affecting the drivers of Asia’s economic success.

Founded and Chaired by Dr. Frank-Jürgen Richter, the Horasis Global Visions Community is an independent international organization committed to enacting visions for a sustainable future.

Launched in 2016, the annual Horasis Asia Meeting is one of the world’s foremost discussion forums, offering an ideal platform to explore and foster cooperation, impact investing and sustainable growth across Asia.

This year, 400 leaders from business, government, academia, and civil society will meet to discuss and form a systemic view of activities affecting the drivers of Asia’s economic success and how Asian businesses interact regionally as well as globally.

Over the course of the two-day event, talks and discussions are set to be held on topics such as sustainable development, regional integration, tourism, Asian family businesses, closing the gender gap, Asia’s digital economy, climate change, youth employment, impact investment, inclusive growth and many more.

“We are thrilled to once more be gathering the region’s key leaders and entrepreneurs with a plan to form actionable, collaborative plans,” the Horasis chairman added.

“Horasis acts as a bridge”

Taking place just as the 10 nations of the Association of Southeast Asian Nations (ASEAN) celebrate 50 years of deepening unity and rising wealth, participants are poised to craft a compelling vision for the region’s future generations in a connected age.

Co-chairs for the event include:

The Horasis Asia Meeting is one of four annual meetings put on by Horasis, which also include the Horasis India Meeting, the Horasis China Meeting, and the flagship Horasis Global Meeting.

“Horasis bars no one from its discussions”

I had the opportunity to interview Dr. Richter before the Horasis Global Meeting in Cascais, Portugal last May, where I asked him, “How can Horasis serve as a bridge between East and West, so that the two see each other as allies and partners at best, or healthy competitors at worst?”

He said, “It is trite to say that learning to appreciate the other’s culture is foremost,” and that “Horasis bars no one from its discussions – quite the opposite as all individuals add to the richness and they contribute to solutions.

“Often those who might appear as adversaries end up with a state of competition which might evolve towards full cooperation in time. Often it is enough to get adversaries to talk: Horasis acts as a bridge.”