The digital shift allows participants to join a community of over 160 peer founders with global ambitions and receive mentorship from experts all over the U.S. at any time. 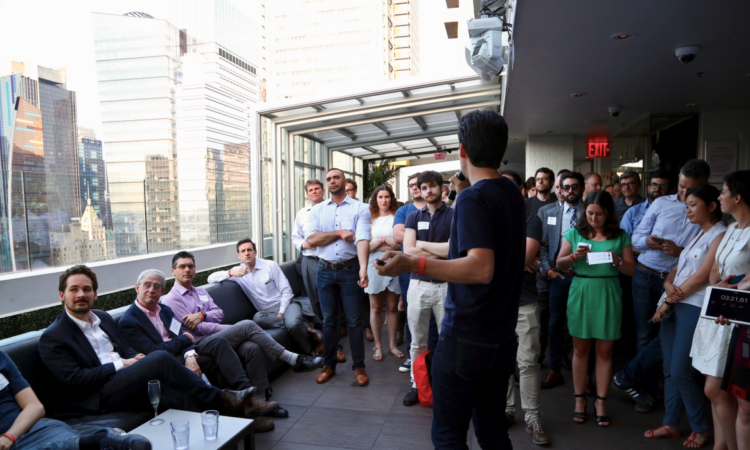 Long before the world was buried under an avalanche of fear, uncertainty, and economic turmoil, many people, especially in the startup community, had realized the power of the virtual world.

However, not everyone was brave or confident enough to take a giant leap of faith into the less-trodden path of online-heavy operations. We needed a nudge, but the coronavirus pandemic dealt us a seismic blow that shook us to our core.

The aftershocks knocked some businesses off their foundations but served as a wake-up call for those who reminded themselves that they live in an “adapt-or-die” world.

Business France, a French government agency on a mission to further internationalize the country’s economy, is one of those players who decided to take a page from history and revisit its operating model to adapt to the new reality of physical distancing.

To maximize its impact on the world of business, it recently took its Impact startup acceleration program online to help prevent the unprecedented outbreak from disrupting the disruptors.

The initiative, which was launched in 2014 and supports French tech startups in their journey of scaling in North America, is now offering its services for the fall season through a mostly virtual experience.

According to the program’s website, the new batch of small and medium enterprises have the opportunity to take part in a series of live and interactive digital sessions that are held in the evening to minimize disruption to their daily work schedule.

The online meetings are accompanied by a variety of on-site events in France designed to help entrepreneurs make the best of the MBA-type remote program and prepare to expand into the US market in a few weeks rather than months or years.

Impact promises to equip owners of industry-changing ideas with the necessary knowledge and skills to analyze their competition, improve the strategic positioning of their business, master the metrics that matter in the United States, structure their team, and run cross-border operations efficiently.

Organizers of the program say that the shift allows interaction between a larger cohort of enterprisers as the New York and San Francisco batches are merged.

Participants can reach out to a community of over 160 peer founders with global ambitions and receive mentorship from experts all over the US at any time.

Another advantage of the virtual Impact program is that it can be accessed at an affordable cost and helps businesspeople avoid time-consuming commutes, unnecessary travel expenses, and jet lag. They can instead spend their time, energy, and budget on the next phase of their development plan.

The platform, which combines learning, networking, and execution, has so far helped accelerate the growth of more than 80 businesses, 91% of which managed to secure recurring American customers.

Other accomplishments of Impact include $1 billion worth of capital raised by the supported startups after the completion of the program and the successful exit of five of them.

In the words of Simon Tchedikian, founder and CEO of Sevenhugs, Impact offers a “fast track” into the United States.

If history is the barometer, going virtual is likely to help Impact beat its own records and set an important precedent for startup accelerators in other parts of the globe that aspire to produce world-leading companies.

After all, speed, convenience, and efficiency is what we need in a world that is changing at lightning speed.