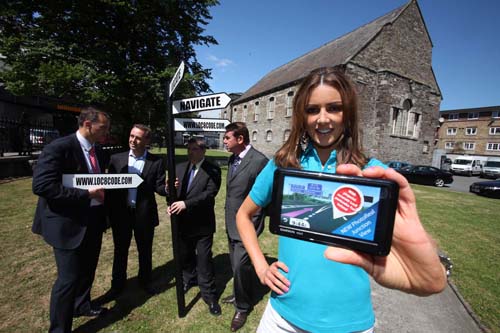 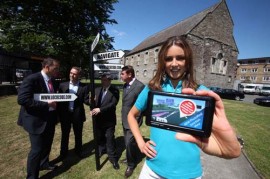 Ireland’s first and only digital address system Loc8 Code (@loc8code) have generated over 64,000 address codes since their launch in July of this year. In this period the companies’ website has also been gaining considerable interest with a reported 127,000 visitors to the site since the launch.

Loc8 Code was first developed by Cork based firm GPS Ireland in 2006 and has since created Ireland’s first and only digital addressing system, capable of pin-pointing any location on the island of Ireland to within six metres.

According to Gary Delaney, CEO of Loc8 Code Ltd:

“Loc8 Code Ltd initially generated this service to improve destination and address searches across the whole island of Ireland and enable consumers to generate their own codes, thereby pinpointing the specific location of their individual private residences and commercial properties.

“Consumers can then communicate their Loc8 Code to businesses such as multi-drop vehicles, web retailers and emergency services who, through the use of Garmin SatNavs, will find their location more rapidly.”

Loc8 Code are also keen to play an important role in the Irish government’s imminent move towards digital addressing, and have welcomed the appointment of a group of consultants to assist Eamon Ryan, the Minister for Communications, Energy and Natural Resources, in revising proposals to implement a postcode system in Ireland. Delaney proposes the Loc8 Code system be used in an effort to reduce the costs the Irish government would endure to implement their own system, as much of the work has already be done by Loc8 Code.

“The use of Loc8 Codes as a national postcode system would slash the €50 million costs currently budgeted for in a previous PA report.

“Most of the work is already done by Loc8 Code with the support of Enterprise Ireland and the most precise mapping available through Ordnance Survey Ireland.”

The prospect of an all-island postcode system is very exciting from a business point-of-view, but also as a means to boost tourism. An accurate postcode system will benefit Irish businesses in areas of efficiency, like time and fuel. The tourism industry has the potential to benefit greatly also, as there would exist an ability to uniquely identify the exact location of events, landmarks and points of interest that might otherwise remain hidden within our landscape. This will be particularly beneficial to the notion of micro-tourism.

“We have been fortunate to work with leaders in the GIS sector, and through this have been able to develop an innovative service like Loc8 Code. Winning an IRLOGI award and being nominated for various other web awards is a great honour for Loc8 Code and we hope it reiterates the fact that people really do need this service.”

Share your thoughts on Loc8 Code in the comments.