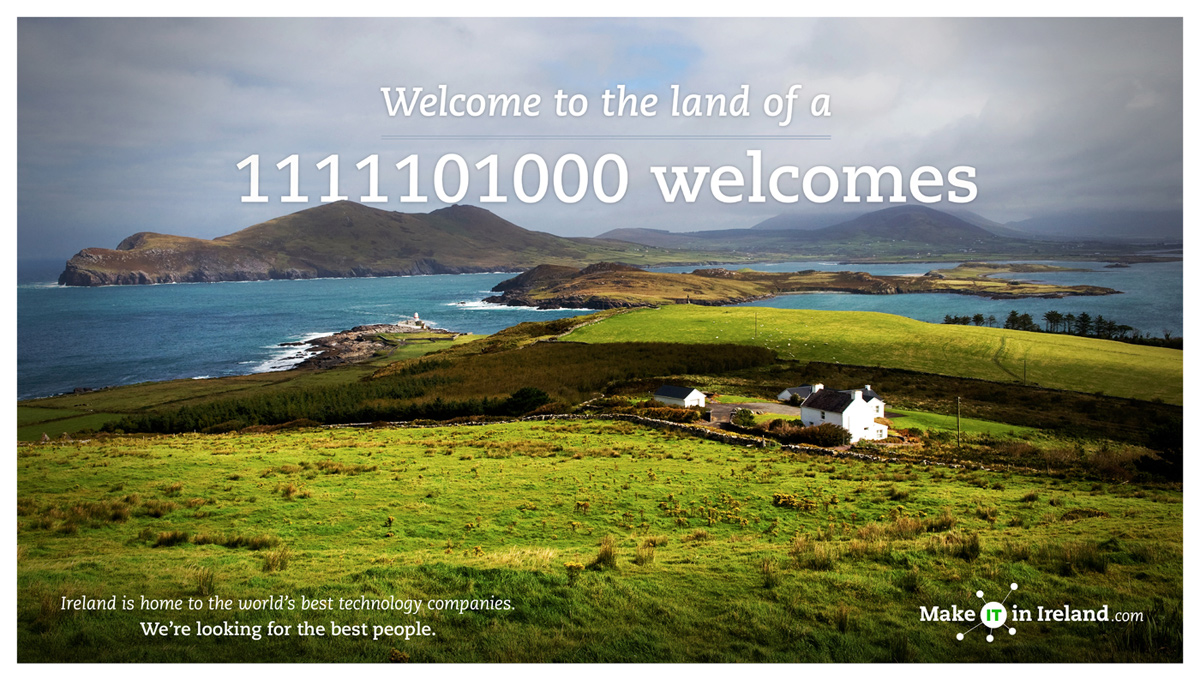 Make IT in Ireland - welcomes
3.12Kviews

Ireland’s technology sector has an employment problem, but not one you might imagine.

Since 2008, when the economic downturn struck and the government spent billions bailing out its banking industry, Ireland has been surprisingly successful in bringing the biggest and best names in the technology sector to the country.

Since that bailout Ireland has attracted companies such as Twitter, Dropbox, HubSpot, and Zynga to join others, such as Facebook, Google, Microsoft, Oracle, Symantec, and Intel, which had already established offices on the island.

And when we say successful, we mean successful; these are no provincial offices but, in most cases, major international headquarters. Companies such as Facebook, Google, and Oracle operate their Europe and Middle East, and Africa offices from the country.

And because of this the technology sector in Ireland employs over 74,000 people directly, and 200,000 indirectly.

But this isn’t enough; as the economy recovers the technology sector in the country needs at least 4,500 more employees to keep pace with the industry’s expected growth.

The aim of the campaign is to give potential employees a simple way to apply for positions in each of the seven companies and provide information about moving to, living in, and working in Ireland.

The campaign is being managed by the Irish recruitment firm Zartis (@zartis | Facebook | Google+).

Zartis’ CEO, John Dennehy, says, “Dublin has become one of the world’s leading tech hubs. There are fantastic career opportunities for people with IT, business and multilingual skills and it’s one of the best cities in the world to live in.”

Dennehy added that the 4,500 jobs currently available in the industry don’t take account of the number of potential jobs that could be filled if there was a wider base of employees to choose from.