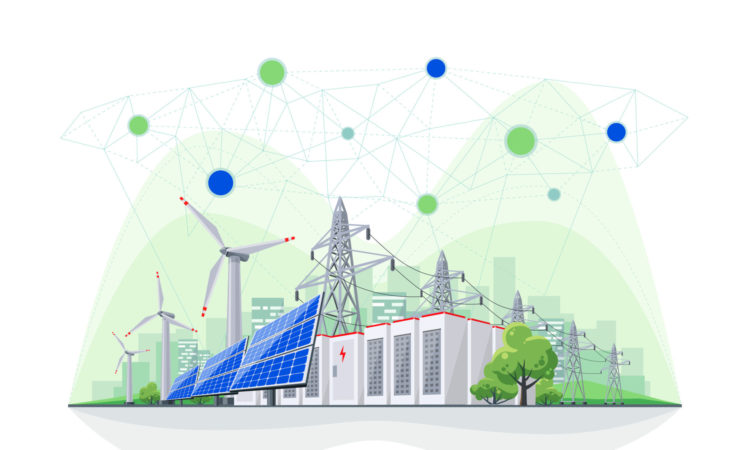 Out of the myriad of failed ICO projects and enterprise blockchain investments, some of the more tangible applications of public blockchains have finally taken shape. Renewable energy and sustainability tech are promising areas.

This sector in particular has been overdue for a critical inspection of its inefficiencies and weaknesses. Given the urgency for a total revamping of the global energy infrastructure apparatus, its ascendancy couldn’t be timelier.

Many of the purported advantages of blockchains have fallen into obscurity following the peak of the Gartner Hype Cycle, which has left a void of opportunity for some of its more immediately impactful developments.

Gone are the days of blockchains as the panacea to the world’s woes.

Recently, both AI and blockchain have seen a complementary rise to one another, and can be utilized to provide green energy with an on-ramp to mainstream adoption of commercial solutions.

A cursory overview of the advantages of blockchains and AI reveals a promising horizon for the convergence of the two technologies.

Public blockchains are excellent mediums for settlement of value and verification of data provenance with minimized trust and governance. Security is a natural byproduct of their decentralized nature, imbued with a touch of cryptography.

Early practical applications of AI include a range of optimization strategies that rely on machine learning (ML) to smooth expensive costs and allocate resources optimally.

Together, the symbiotic value of AI and blockchains relies on blockchains functioning as a trust anchor as a foundation for AI models to perform.

Inputs of ML models can subsequently be referenced via the blockchain’s immutable history, making them ideally suited to support AI applications that require evaluating provenance of data points — such as with risk calculations or predictive models for energy consumption trends based on historical data points.

The two technologies, although esoteric in their own rights, already are showing some high impact potential. But first, it’s important to dispel some notions on blockchains and energy.

It is necessary to dismiss some ongoing misinformation about blockchains when it comes to energy consumption, for several reasons.

Despite misguided mainstream narratives, one of the important aspects of the most prominent blockchain network, bitcoin, to take into account is how its mining is net-positive for renewable energy infrastructure growth.

For example, miners function as “energy buyers of last resort” at renewable sites due to their flexibility to locate near remote hydropower plants and solar panel farms where energy curtailment rates are high.

The recent, extensive CoinShares report even indicates that upwards of 70 percent of bitcoin mining taps renewable energy sources, approximately four times more than any other industry.

Bitcoin mining operates as energy arbitrage, whereby miners pick up the waste and excess of renewable sources that contribute to their reduced efficiency compared to their fossil fuel counterparts.

This fuels a positive feedback loop, where, according to Layer 1 co-founder Alexander Liegl:

Which increases installation of renewable energy,

Dispelling the narrative that blockchains, specifically proof-of-work (PoW) blockchains, are wasteful is a necessary step forward to understanding the advantages of AI and blockchains.

The promotion of renewables consumption via enhanced efficiency is similar to the byproducts of fusing AI and blockchains, which will appeal to institutions to inject more capital into the ecosystem.

It’s not surprising that mining farms are already setting up shop on former smelting and coal infrastructure across North America right now.

For example, developers can craft ML models that derive insights from power plants and renewable energy sources to act rapidly in demand-response applications of energy requirements.

In such a case, AI-infused smart contracts on a blockchain could quickly divert excess energy capacity from a hydropower dam to a mining farm, anticipate the optimal moments to curtail excess power, or even allocate excess electrical power to lithium storage batteries.

Those batteries could subsequently be incorporated into open markets on a network, where crypto-based payments (with low-costs/minimal overhead) could act as a payment rail between buyers and sellers.

That notion even extends to areas like reducing the need to rely on centralized coordination of energy allocation, central management of resources, and convoluted operations control.

Eventually, ML-powered smart contracts running on blockchains could serve as a base layer for more user-friendly applications that appeal to consumers and enterprises — like carbon credit trading and surplus retail energy markets.

These markets would require less centralized governance, have reduced transaction costs, and operate with a level of accessibility and insight into energy dynamics not available anywhere today.

Realizing the potential positive impact of blockchains and AI on the promotion of renewable energy sources starts with removing misnomers of their energy market effects.

Subsequently, we can begin to rely on the injection of capital and reduce inefficiencies of renewable sources produced by bitcoin mining as a conduit for exploring deeper into the mechanics of energy distribution.

The tenuous grasp of AI and blockchains may be a daunting challenge today, but it exposes glimmers of potential as an ideal complement to the green energy movement’s realization of tomorrow.

Amy Chen is the COO of Cortex Labs, the first-ever blockchain technology that allows the execution of AI algorithms on the blockchain.
view all posts