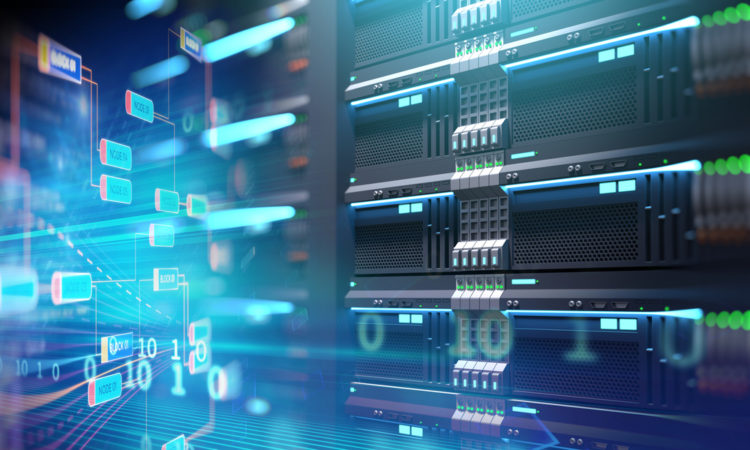 Amazon Web Services (AWS) is market dominant in the cloud storage space, recording revenue of a staggering $25.6 billion in 2018.  With such vast revenues at stake, it’s facing a conventional competitive threat from the likes of Microsoft Azure and Google Cloud Platform.

However, what is also emerging are decentralized data storage systems, and The Sociable spoke with Evgen Verzun, Founder of HyperSphere.ai, to find out more.

Decentralized projects such as Storj, Filecoin, IPFS and HyperSphere are some such projects at varying stages of development.

HyperSphere was founded by Verzun — a cybersecurity expert — following the establishment of a team with expertise in security, Internet communications, cloud computing, blockchain, and big data.

The Ukrainian entrepreneur clarified that there is an opportunity to exploit with decentralized platforms and those that participate on them.

Many companies all over the world have either cloud-based or on-premises computer resources, which are under-utilized most of the time. At the same time, other companies require large amounts of affordable computing power.

“Our vision is to make the two sides cooperate together, creating a cloud-based marketplace for sharing computer resources”, explained Verzun.

In other words, HyperSphere has been creating a new, secure ecosystem for businesses, where they can launch their apps and services.

They can rent and share computer resources. It will also enable businesses and individuals to monetize the data they produce every day with the highest level of privacy and security.

The majority of decentralized storage projects are based on the Ethereum blockchain – largely because of its functionality in terms of smart contracts (self executing coded contracts).

HyperSphere uses its own directed acylcic graph based distributed ledger technology (DLT) called DyDAG.  Verzun – as a cybersecurity expert – believes that this offers a better solution than other blockchain approaches which suffer from certain security vulnerabilities and other systemic weaknesses.

Like so many innovations in the tech space, it can take time to tease out and develop the technology such that it facilitates a killer application or provides people with enough incentive to move over to it.

Verzun believes that the technology has not quite settled yet and that “adoption will follow as soon as there will be a working solution on the market”.

It seems like a no brainer with the providers of excess data storage space rewarded for a resource they otherwise don’t use whilst service users are likely to get a far better deal by comparison with conventional cloud storage.

In HyperSphere’s case, the company will offer users a secure identity and what they claim is an ‘unhackable’ cryptocurrency wallet (cryptocurrency tokens are used by both parties to buy/sell data storage) to facilitate platform adoption.  Incentives such as free initial service use will be provided in an effort to take this concept mainstream.

All similar projects like Storj, SONM and Golem are similarly in the early stages of development.  As Verzun points out, “there are difficulties with the working use cases in almost every project”.

When it comes to HyperSphere, it is setting out a high level of security as its main differentiator.  The entrepreneur is adamant that “as the decentralized services open up new sharing economies, security measures will define the success of further adoption”.

Data volumes continue to grow exponentially and soon the centralized cloud architecture will not be able to cope.  Verzun uses the example of vast tracts of data that millions of IoT devices will bring over the next few years.

As for Verzun’s project, the firm has been working to bring SDNP (Secure Dynamic Network and Protocol) – a technology which enables security of all the transferred data at multiple levels – onto the market.  It’s moving forward towards the build out of a network of user computers (HyperNodes), which will host the decentralized cloud.

From the origins of the internet with ARPANET in the 1960s to present day, volumes of work were necessitated.

With DLT and blockchain based technology, a volume of work has been carried out, but we may be a while off mass adoption for many use cases for the time being.