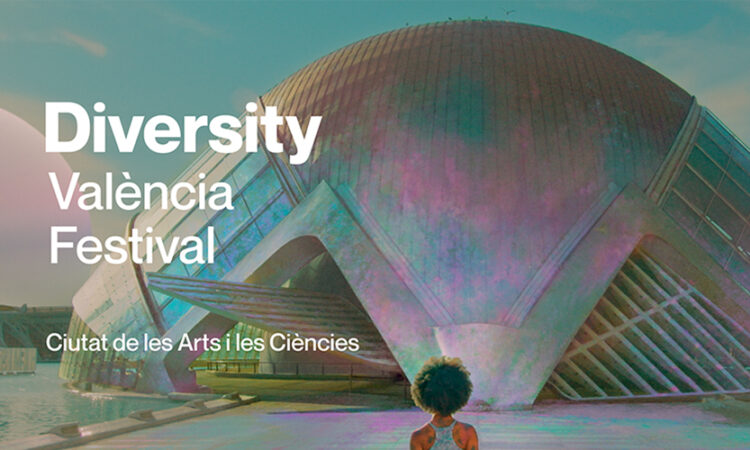 The Ciutat de les Arts y les Ciències in València, Spain is the perfect venue for a music festival whose stated aim is to create a cultural legacy of openness, enjoyment and inclusion.

The sweeping avant-garde lines and elegant white arches of the venue’s sprawling aquatic pavilions promise to offer attendees an open and well-lit space to revel in the notion that music truly is the best tool “for transmitting new social languages.”

Held across three days from July 21st to 23rd this summer, artists and fans from around the world who attend Diversity Festival will join in a common galactic universe pinpointed at the intersection of technology, creativity, sustainability and care for the environment.

Arguably the most anticipated act of the festival is undoubtedly the Colombian-born Latin and Urban superstar KAROL G, who returns to València for the first time in three years.

As the only Latin female artist on Spotify’s Top Track list, globally, KAROL G represents an unapologetic and fearless take on being true to yourself and believing in who you are. This empowering message permeates KAROL G’s studio albums KG0516 (which Spotify lists as the most successful production by a Spanish-speaking artist), and Unstoppable (which critics hail as the first solid entry by a woman in the Latin trap movement) to high praise and global acclaim.

In March, the Medellín-born superstar of the streaming era also received a “Break The Rules” award at Billboard Magazine’s Women in Music gala for her work in defying the expectations of the music industry.

“Karol G didn’t become the top woman in reggaeton by fitting in,” said singer Sabrina Claudio during her speech welcoming the artist to the stage to claim her award.

“I think I speak for all of us when I say she is an inspiration,” Claudio added.

For those interested in seeing the blue-haired global superstar of her generation perform live in Spain, tickets to Diversity Festival are available here.

This article includes a client of an Espacio portfolio company