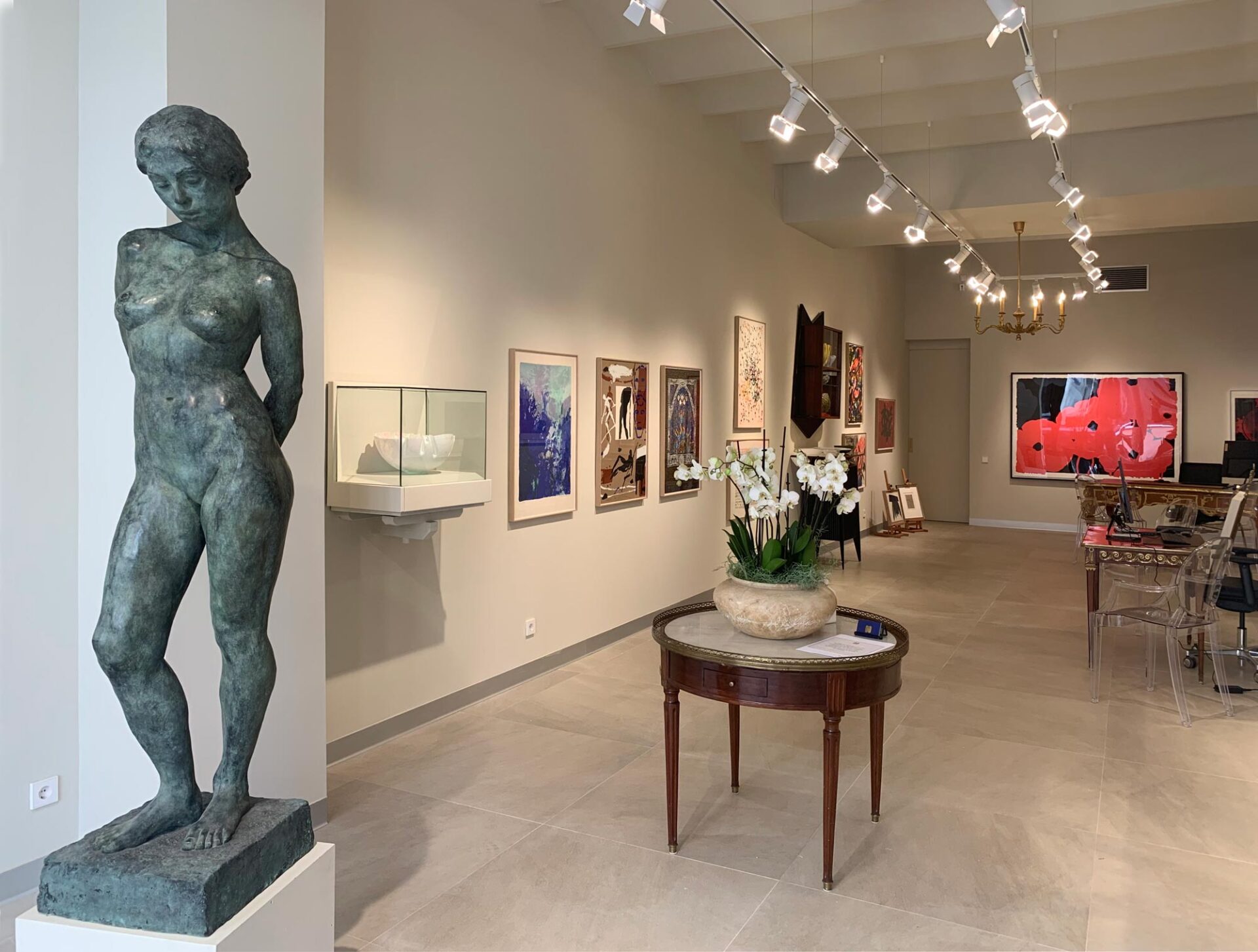 Before we speak or act, the language of our bodies communicates the introspective architecture of each major decision’s outcome. Shades of poise and apprehension in our posture or gait can form striking dichotomies, with each contracted muscle trained by the posture of guarded analysis serving as a revealing window into the inner terrain of the self.

In celebration of the 30th anniversary of the 1992 Olympic Games, Galeriá Guntrian in Barcelona is currently displaying, “The Fateful Choice,” a sculpture that captures the chimeric nature of decision-making, and the female form, in exquisite bronze.

The statue is of a young woman with her hair drawn back and is reminiscent in form of an updated Reinhold Begas marble. Stand before her, and it isn’t apparent whether she is avoiding eye contact or seeking it. Her eyes are slightly narrowed, her head slightly lowered and slightly cocked, one foot forward. It appears at first glance she may be about to deliver some bad news to you. She grasps one wrist coquettishly behind her back.

Continue your examination of the piece, however, and you’ll note that in the hand she has concealed behind her, she grasps a long curved dagger. Bad news indeed.

The artist of the piece, Dr. Gindi, attempts a phenomenological exegesis of the emotional abysses we traverse and how the harmonious paradox between the formlessness of kneaded clay and the Apollonian perpetuity of cast bronze can sublimate our will to act, or not act, into something divine.

In her artist’s statement for the gallery, she writes, “Submitting to fate and having a feeling of resignation can often be the norm, but if we manage to metamorphose these attitudes, we will be able to model the infinity of our existence.”

Drawing from her training as both a physician and a classical sculptor, the protagonists of Dr. Gindi’s sculptures are evocative of the visceral duality experienced in flashes in the writings of Thomas Mann. They are characters, “grounded in the primacy of escorting both nascence and decay, and ultimately approaching the Absolute,” Dr. Gindi writes in a statement on her website.

The piece was recently displayed at two of Barcelona’s foremost art institutions, the Royal Artistic Circle, and the European Museum of Modern Art. The admission of “The Fateful Choice,” into Galeriá Guntrian places Dr. Gindi’s piece amongst a selection of modern and contemporary art peers that include Alexander Calder, Robert Indiana, Joan Miró, Nam June Paik, and Sonia Delaunay.

If you’re in Spain and would like to have a face-to-face confrontation with a multiplicity of emotions captured as a single frozen instant, make your way over to Galeriá Guntrian, located between the Provença and Gràcia stations on Avinguda Diagonal.

The great reset needs the circular economy to render all products as services, so ‘you’ll own nothing & you’ll be happy’

Orchestral.ai is bringing Autonomous Infrastructure to the enterprise