HomeMobileBeyond cyberbullying: Inside the hidden potential of anonymous apps
Mobile

Beyond cyberbullying: Inside the hidden potential of anonymous apps 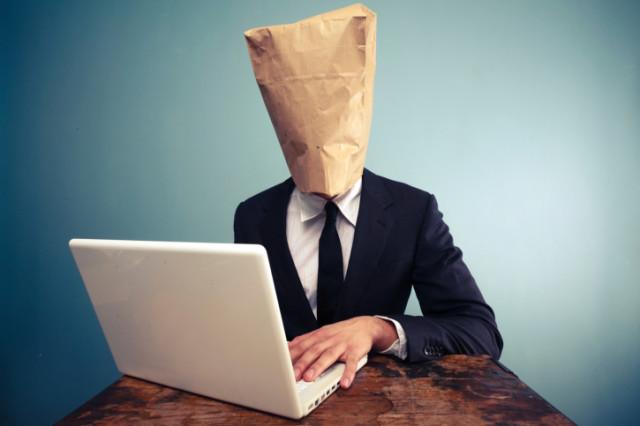 The Internet made anonymous apps and connections possible to a degree on such a scale never before experienced in human history.

Online, you can be anyone or no one, and this digital anonymity enables people to express themselves free from fear of stigmatization or personal attacks. Anonymous social networks create a space where people can safely discuss sensitive topics and connect with others without attaching their identity to the things they say.

Unfortunately, many of the anonymous apps that have emerged over the past few years have failed to connect people in positive ways. Through targeting young and vulnerable audiences, anonymous apps instead have become breeding grounds for cyberbullying and threatening behavior, and have been under fire as a result. Instead of throwing the good out with the bad and getting rid of these apps completely, anonymous networks need to implement smarter regulations. To put it bluntly, anonymous apps need to grow up.

In recent years there has been a rise of anonymous apps, such as Yik Yak, After School and Whisper that in some cases target children as young as 12. These apps have been extremely popular in schools and colleges nationwide, but have remained relatively unknown outside of campus life.

Reminiscent of the chatrooms and forums of times past, these apps provide an anonymous space for conversations to happen without requiring participants to reveal who they are. They use proximity targeting and online registrations (using school confirmation via Facebook) to limit users to specific school or college networks.

Discussions of One Direction appreciation and the misery of finals have quickly devolved into widespread abuse, with teen audiences turning on one another. These outlets for teen angst have now become synonymous with explicit hate speech, user harassment and “racist, homophobic and misogynist” posts. In extreme cases, this has escalated to scandals of bomb threats, terrorism charges, and facilitated the actions of online predators who target the young.

In these ways, anonymous apps harm those audiences they promise to protect, forcing parents and school authorities to fight for their removal. However, the apps that have taken steps to improve their content and restrict negativity have actually dropped in popularity. This creates little incentive for companies to clean up their apps and shows that teenagers actually prefer the uncensored, explicit content in the apps, no matter how dangerous or hurtful it may be.

Cyberbullying may be an issue with anonymous apps, but it is not an issue unique to anonymous apps. A Harvard Berkman Centre report found 73 percent of young victims of cyberbullying knew the identity of their bullies. Bullying and other online abuses still happen on sites like Facebook where identity is known.

Not only are the younger audiences more susceptible to bullying, but in the vulnerable teenage years, bullying can have greater effects and negative consequences. As they get older people learn better social behaviors and develop coping mechanisms and a thicker skin. As a result, anonymous apps could decrease the amount of cyberbullying in their apps if they targeted an older audience.

Where anonymous apps have primarily targeted the young, the greater opportunity lies in connecting the older audiences that, until now, have been overlooked. Adults today are under heavy amounts of stress due to money, work, family, health concerns, etc. 72 percent of adults report feeling stressed about money, and 22 percent said they had experienced extreme stress in the previous month, according to the American Psychological Association.

Emotional support reduces this stress and helps people cultivate health and wellbeing. However, many adults feel uncomfortable sharing their emotional struggles with family and friends and hold back from being brutally honest about the things they are dealing with. If they are feeling anxious, struggling with work issues, confused or overwhelmed, they keep those feelings in.

Anonymous social networks allow adults to express those feelings and seek guidance without compunction. If they have marriage problems, they can discuss them without feeling guilty or afraid of judgement. And while LinkedIn is a great place for building professional connections, you would never use this kind of forum to air your concerns over employer open door policies and work environment issues. Women need to understand aspects such as maternity leave in prospective jobs, but may fear asking when approaching new roles, with the risk of being labelled and judged. New apps help share this type of information anonymously, without fear of reprieve.

Through developing mature communities, united through common interests we can expect higher levels of compassion and audiences that are much less likely to abuse the space. Instead, these users would have a greater sense of their role in the community, and would understand their responsibility to protect this digital space.

Similar demographics that may be struggling with the same issues can easily be connected through user profile grouping, and could access relevant information through content filters. The proximity technology today used to connect students could instead be used to create new communities.

Anonymity provides a space for expression in the digital world, free from monitoring and censorship. It puts the emphasis on the message as opposed to the messenger. There are a number of conversations adults would benefit from having in an anonymous forum. Rather than supporting these apps that target minors, developers should focus on creating solutions that foster stronger communities. Through providing evolved platforms that connect mature audiences these creators can uncover the true value of anonymous connections.

Russell Cowdrey is the CEO and co-founder of Plum, which stands for People Like You and Me, a social media platform that aims to connect people around their passions and concerns.