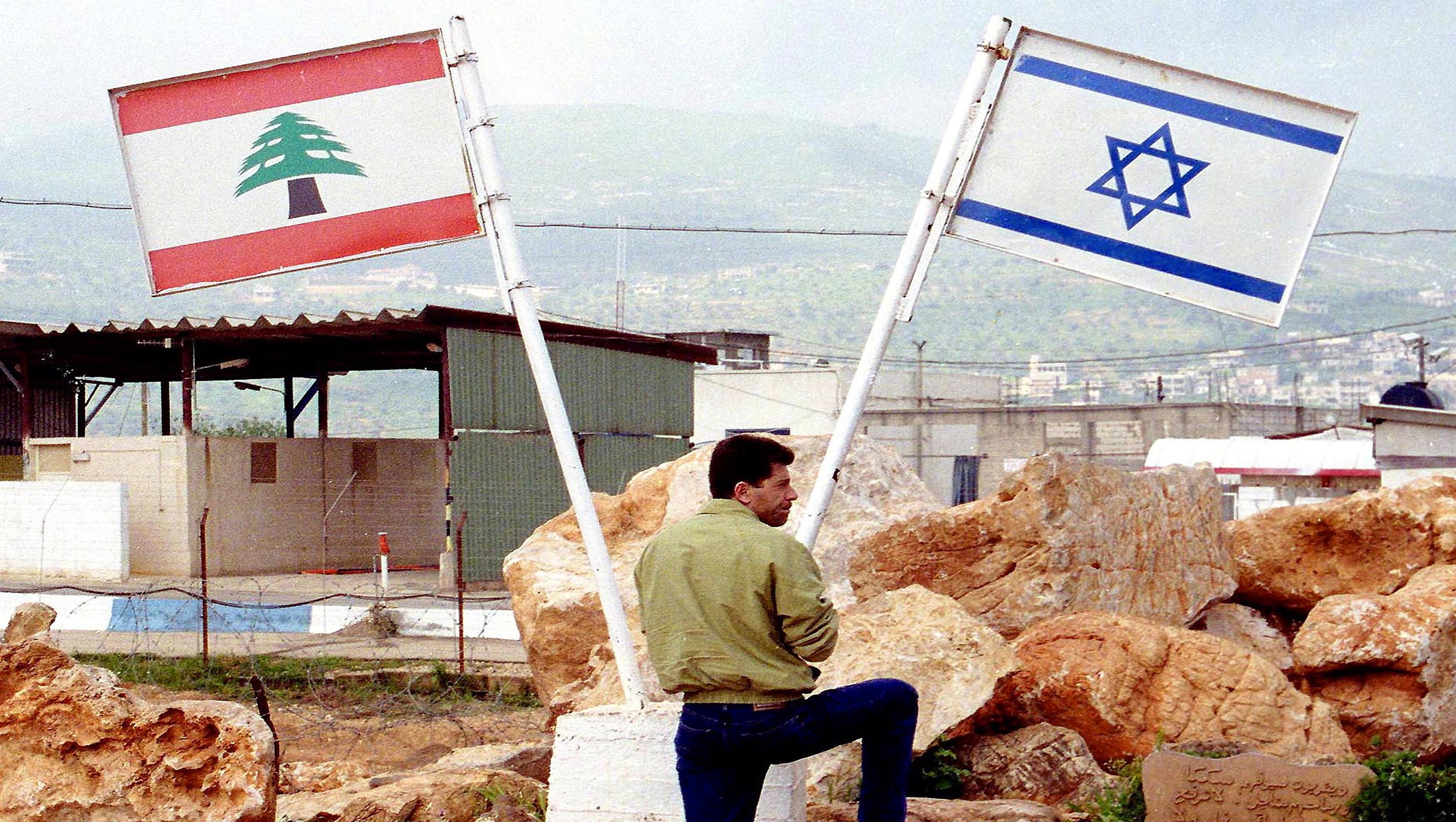 With the march of thousands of refugees flowing into Lebanon the war in Syria is moving westward as Israel prepares to battle both ISIS and Hezbollah on its northern border.

Lebanon is now home to some 1.5 million refugees with the majority coming from Syria as a result of the ongoing war that began in 2011. The influx of refugees, along with a dwindling economy and weak military, make Lebanon an ideal location for the Islamic State to gain a foothold.

Lebanon’s army; however, is poorly-armed, and Hezbollah militants have stepped-in to combat ISIS along the Lebanese-Syrian border, but there’s just one problem. Hezbollah is still considered a terrorist organization by the international community. Not only that, Hezbollah is also allied with Iran and is a stout enemy of Israel and the Israeli Defense Forces (IDF). 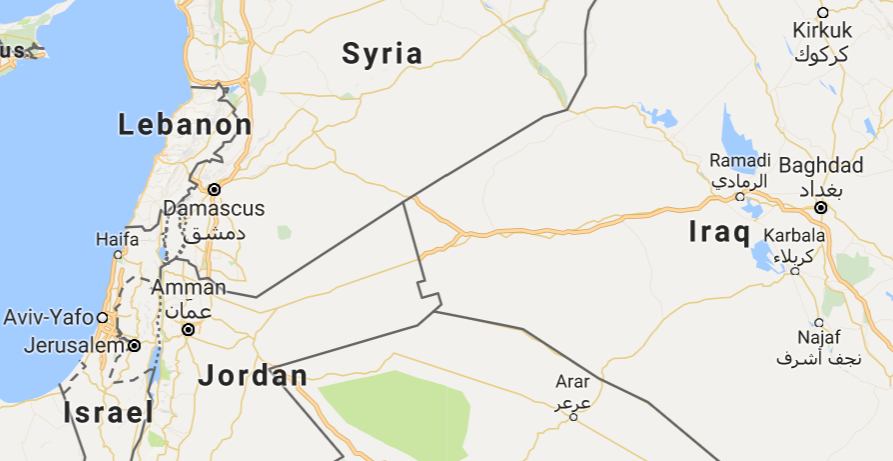 The IDF is now preparing for a coming war with Lebanon, or more specifically Hezbollah, should a truce be reached between Syrian President Bashar al-Assad’s government and the rebels in Syria with Russia being the facilitator.

“Russian efforts to reach a truce between the President Bashar al-Assad regime and the various rebel groups in Syria appear to be close to a successful resolution, and so Israel is already preparing for the day after the final truce, when it is safe to expect that Jihadist fire would be turned south, at the ‘Zionist enemy.'”

According to Angie Tibbs of Dissident Voices, “Hezbollah is busy fighting ISIS in Syria; the Lebanese army, though well trained, is poorly armed. Arms deals are being cancelled, the UN and IMF, and, in fact, the world community of nations are not providing any assistance, and little Lebanon is gasping under the weight of a million plus Syrian refugees. It’s a perfect opportunity for ISIS, the proxy army of Israel and the West, to move in and Lebanon’s sovereignty be damned.”

Breaking Israel News announced that the IDF will have no qualms about bringing the fight into Lebanese territory if any hostilities break-out again between the two countries.

“Part of the IDF new thinking about the post-Syrian truce reality focuses on logistics, with the assumption the should a war break out with Lebanon and possibly with Syria, the IDF is likely to penetrate much deeper into enemy territory than it did in the second Lebanon war.”

US General Wesley Clark revealed that as far back as 2001, he received a memo that came from former Secretary of Defense Donald Rumsfeld’s office with a list of seven countries the Americans and their allies were going to invade following 9/11.

They are Syria, Iraq, Lebanon, Libya, Somalia, Sudan, and Iran.

Lebanon is not only on the list of 7 countries to invade, it also is a strategic location for the proposed Trans-Arabian pipeline that goes from Qatar to Iraq, Syria, and Jordan until it reaches Lebanon with its ports on the Mediterranean Sea.

As coalition forces have pushed the Islamic State from Iraq into Syria, the next step may be to keep pushing them westward and into Lebanon — a country that has become weakened and divided along sectarian lines.

However, if ISIS ever reaches Lebanon, it will be the perfect pretext for the US and/or NATO to invade, along with Israel.

What started in Iraq spread to Syria, and is now on the border of Lebanon, and if war does come, the Lebanese will suffer heavy consequences as part of a bigger, global agenda on the part of big oil and international banking interests.

How Lebanon could fall within days 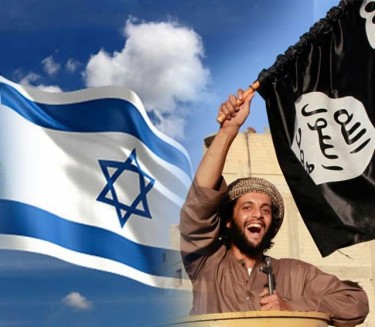 Referring back to Angie Tibbs, the future of Lebanon looks grim. If the Islamic State gains a stronghold in Lebanon, Hezbollah will be the main Lebanese force fighting the terrorists. However, while Hezbollah would be busy fighting ISIS to the East and Northeast, there would be virtually nobody to defend Lebanon’s southern border with Israel.

Israel could then invade Lebanon with the pretext that the country will have become unstable from fighting among two terrorist groups, Hezbollah and ISIS. If Israel invades Lebanon, Hezbollah will be diverted from battling ISIS to combat the IDF, and that is when ISIS will make its stronghold in Lebanon.

According to Tibbs, the fall of Lebanon could happen within days:

“Israel could execute another invasion, or even a ‘mini-incursion’ into Lebanon. It periodically does, anyway. And it keeps threatening, warning that it will again. The Lebanese army is too weak to do anything to defend the country. Hezbollah would throw its forces from the battlefield with the ISIS (in the northeast) down to the south. There they would be tied down for at least several weeks. And that would allow the ISIS to move in, across the border, almost unopposed. Dormant cells – ‘5th columns’ – would be immediately activated. The country could collapse within just a few days.”

The criss-crossing of conflicting coalitions 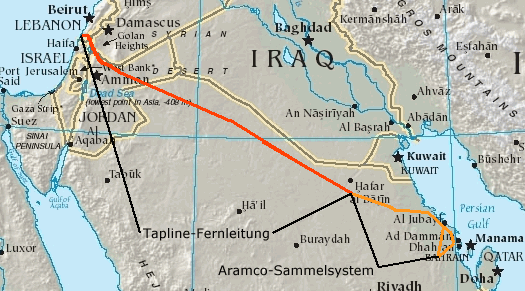 To give a broader picture of this facet of the Middle East conflict, the United States and NATO are bombing both the rebels and ISIS in Syria. Hezbollah is also fighting ISIS, but Hezbollah is not allied with neither the US nor Israel.

The US will support any decision that Israel makes, which may include going to war in Lebanon. Iran is backing Hezbollah while relations between Iran and the West, including Israel, have been strained for decades.

As Russia supports the Assad regime in clearing Syrian towns of ISIS influence, the Islamic State is looking to infiltrate Lebanon.

With interests from all sides converging on a Trans-Arabian pipeline proposal, the power grab for Lebanon sees the US and Israel pitted against Russia and Iran for control of oil routes while the presence of terrorist networks such as the Islamic State and Hezbollah will be the official excuse to invade and start a proxy war.

On the origins of Hezbollah 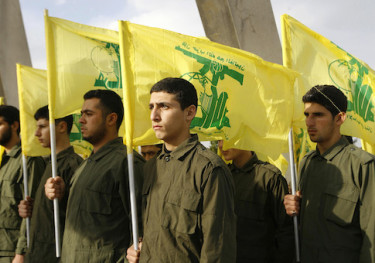 In order to understand the relationship between Hezbollah and Israel one has to go back to the 1980s when Hezbollah was formed as a direct response to Israel’s invasion of South Lebanon.

According to the BBC, “Hezbollah’s precise origins are difficult to pinpoint, but its precursors emerged following the Israeli invasion of South Lebanon in response to attacks by Palestinian militants in 1982, when Shia leaders favouring a militant response broke away from the leading Amal movement.”

The last war between Lebanon and Israel was in 2006 and lasted for 34 days. Hezbollah had attacked towns and fortifications on the Israeli side of the border and Israel responded with an invasion of Lebanon.

Many civilians were killed on both sides, and it wasn’t until Israel lifted its naval blockade of Lebanon following Iran’s heavy backing of Hezbollah forces that the war concluded.

On the origins of the so-called Islamic State 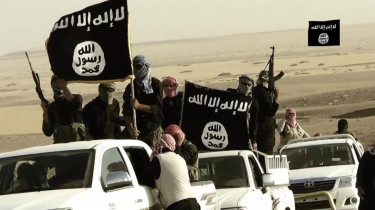 Through both covert and non-covert military actions, the United States and its coalition allies gave rise to both al-Qaeda and ISIS, whom they are now pursuing from country to country, toppling governments, destroying all infrastructure, and killing thousands of civilians in their paths.

Beyond cyberbullying: Inside the hidden potential of anonymous apps