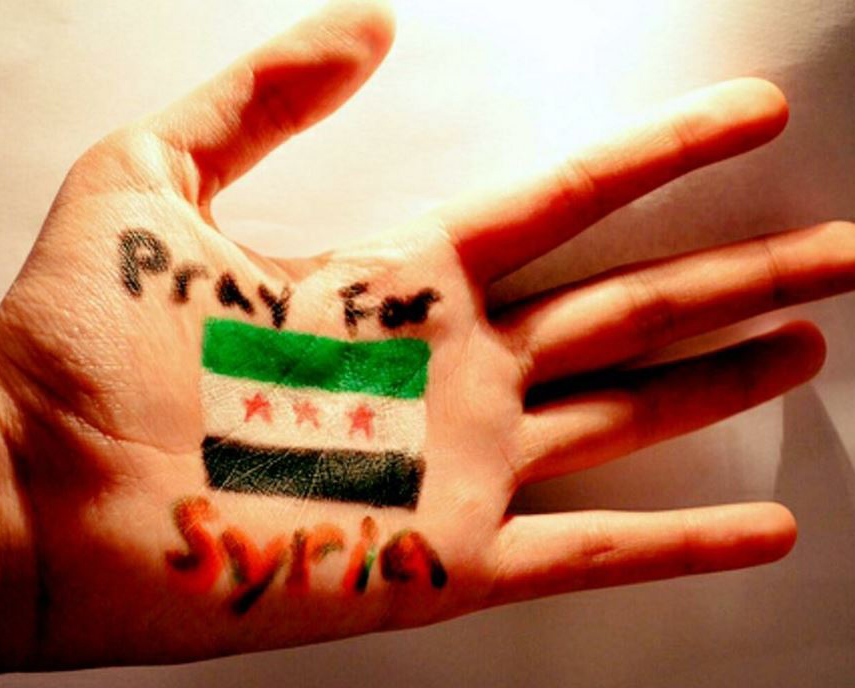 #PrayForSyria is rising quickly on Twitter after a US-led airstrike reportedly kills at least 60 civilians in the north of Syria.

Among the dead reported were 11 children in Tuesday’s attack on the village of al-Tukhar near the city of Manbij in the Aleppo governante, an alleged Islamic State stronghold.

According to the UK-based Syrian Observatory for Human Rights (SOHR), at least 56 civilians were confirmed dead and that “the massacre also resulted in the injury of tens of others.”

Amnesty International reported, “The bombing of al-Tukhar may have resulted in the largest loss of civilian life by coalition operations in Syria. There must be a prompt, independent and transparent investigation to determine what happened, who was responsible, and how to avoid further needless loss of civilian life. Anyone responsible for violations of international humanitarian law must be brought to justice and victims and their families should receive full reparation.”

The number of civilians killed by airstrikes in Syria is at 4,623 and counting, according to Airwars, an organization dedicated to “monitoring international airstrikes against so-called Islamic State (Daesh) and other groups in Iraq and Syria.” 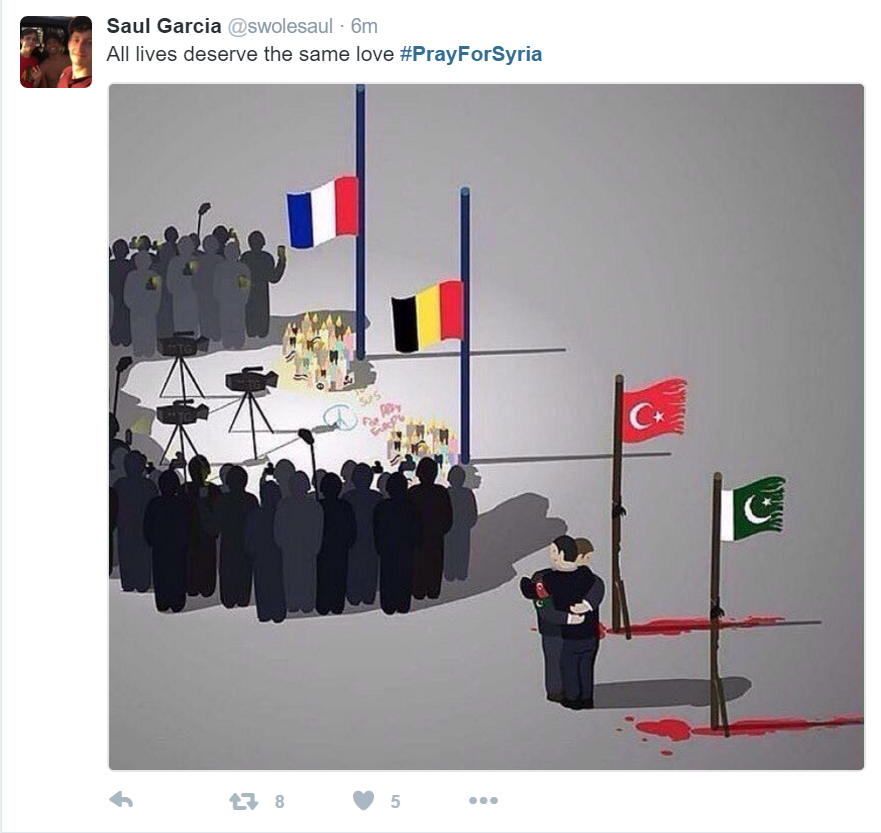 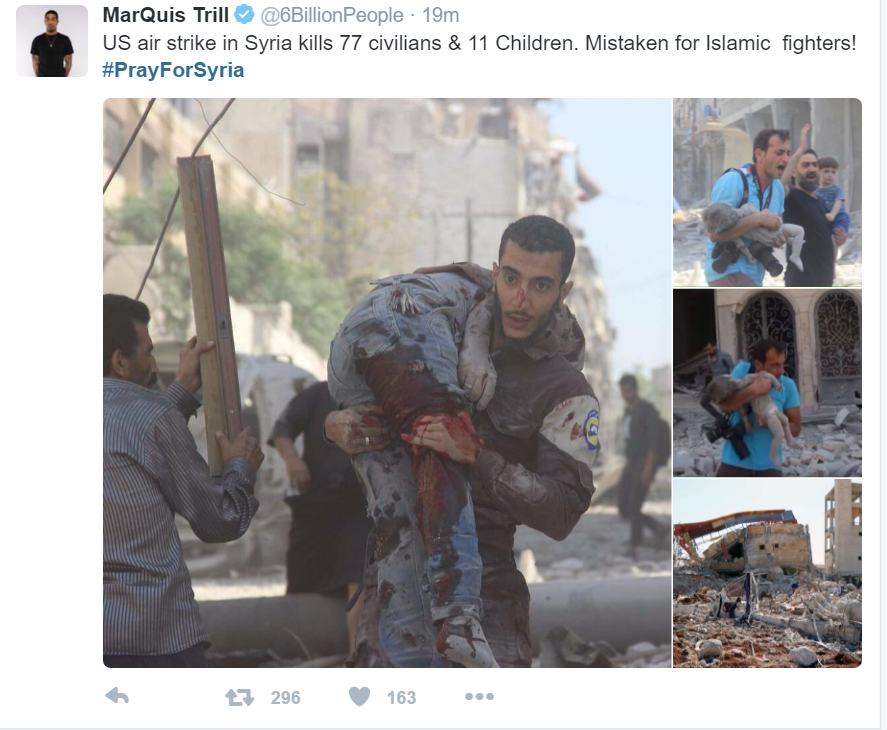 Although SOHR is cited frequently as a source for ongoing coverage in Syria, an investigation by RT found it arduous connecting with its founder, Abdel Rahman, who explained that his reluctance to meet was because people were trying to kill him.

While both the New York Times and the Guardian cited SOHR on this latest story, RT referred to the site as “a shady and unsourced media organization.”

Whatever the case, the US Command Center confirmed with both the Guardian and Al-Jazeera that “it was conducting air strikes in the area and says it needs to investigate allegations of whether civilians were injured or killed in this incident.”

Just as al-Qaeda was a shoot-off from the CIA-backed Mujahideen freedom fighters in Afghanistan to fight the Soviets during the Cold War, the creation of ISIS is a direct result to the US-led invasion of Iraq.

Through both covert and non-covert military actions, the United States and its coalition allies gave rise to both al-Qaeda and ISIS. Now that ISIS has a stronghold in Syria, airstrikes against both ISIS and the Syrian government continue to accrue massive civilian casualties.

When it comes to the “war on terror,” it is almost always the overreactions to terrorist attacks that end up causing the most casualties. Some 3,000 people were killed on 9/11. Since then, the war on terror has claimed the lives of millions in a never ending cycle of revenge and failed foreign policy.