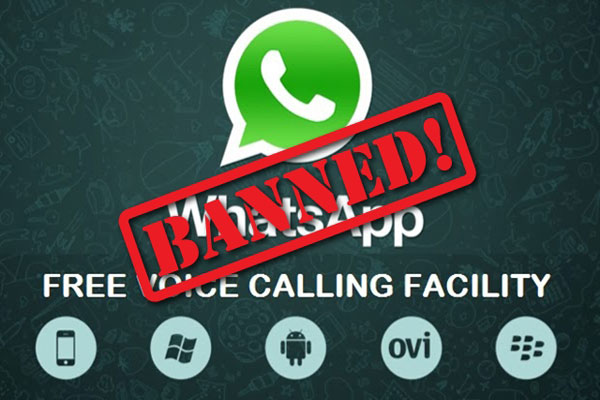 Blocking WhatsApp in Brazil following a court order while both Turkey and Zimbabwe did so in the name of national security lends credence that it is really all about the control of information.

Just a few weeks ahead of the 2016 Summer Olympics in Rio de Janeiro, a Brazilian judge has succeeded in blocking WhatsApp in the country because the platform wouldn’t turn over information that was sensitive to an ongoing criminal investigation. The judge is reportedly ordering WhatsApp to pay $50,000 for every day the information is withheld —  which according to the social media platform’s CEO, Jan Koum — the company doesn’t even have access to.

“We’re working to get WhatsApp back online in Brazil. It’s shocking that less than two months after Brazilian people and lawmakers loudly rejected blocks of services like WhatsApp, history is repeating itself. As before, millions of people are cut off from friends, loved ones, customers, and colleagues today, simply because we are being asked for information we don’t have.”

According to The Verge, “WhatsApp’s lawyers have argued in court that the company does not have access to the requested data and is unable to comply with the request.”

In the case of blocking WhatsApp in Brazil, it’s about the government wanting private information from its citizens by attempting to use the social media platform as a means to retrieve that specific data.

It is yet to be seen how long the ban will last and whether the Brazilian Government has a solid legal case.

When a faction of the Turkish military attempted to overthrow the government, the regime reportedly blocked social media in the country including Twitter, Facebook, and YouTube. Facebook has owned WhatsApp since 2014, and while the Turkish government blocked, or at least slowed traffic considerably to the social media platforms, it also used WhatsApp to internally communicate their actions.

According to FT, Turkish President Erdogan’s aides “turned to WhatsApp to keep in touch with each other as they sought to wrest back control of the situation.”

In the case of blocking social media and using WhatsApp in Turkey, the government’s aim was to halt the spread of information on the part of those participating in the uprising, so the movement wouldn’t spread. At the same time, the regime used the same channels they took control of to flood pro-government propaganda in order to persuade its citizens that everything was under control.

The Turkish Government was highly effective in its strategy of media manipulation and has now begun a violent purge of the entire establishment reminiscent of the Night of the Long Knives.

Angered at more than 30 years of President Mugabe’s failed economic policies in Zimbabwe, the country’s youth took to WhatsApp to organize protests against the government.

It was reported on July 6 that the Zimbabwean Government allegedly blocked access to WhatsApp in order to put a halt to the organizing protesters. When the alleged block on WhatsApp didn’t stop the people from fomenting, all WiFi in the country was cut off as well.

In the case of blocking WhatsApp in Zimbabwe, the government showed its true fear of losing control of a nation that is on the brink of economic collapse.

According to the World Bank overview on Zimbabwe, “The political and economic crises that characterized the economy between 2000 and 2008 contributed to the nearly halving of its gross domestic product (GDP), the sharpest contraction of its kind in a peacetime economy) and raising poverty rates of more than 72%, with a fifth of the population in extreme poverty.”

Blocking WhatsApp or any other social media platform is almost always a clear indication that governments have a fear of losing control. With that fear, regimes look to control the flow of information to remain authoritative and autonomous. Even so-called democratically elected governments forget that it is the people who should be in charge of their own governments, and that the will of the people should always be directing national policies.

To block social media is to send a clear message — the government is fearful of its citizens, and it will do everything in its power to keep the status quo — including eliminating basic freedoms like the right to assemble and the freedom of speech.