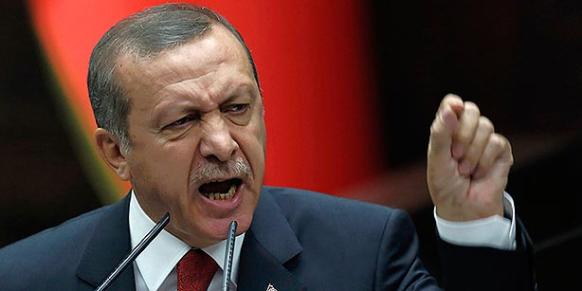 The Turkey coup claimed the lives of some 265 in less than 24 hours, yet the government wants to execute 6,000 more people by re-instating the death penalty.

While less than 300 people have been reported killed in the failed coup, the government has declared its intention to take revenge upon a further 6,000 Turks who could be put to death if a new bill passes to bring back capital punishment.

The failed Turkey coup was the perfect opportunity for President Erdogan to carry out his plans to “cleanse the military” and stamp out political opposition. The president’s harrowing remarks after the coup was quashed echo of a long-awaited agenda to enact revenge upon his enemies.

“This uprising is a gift from God to us because this will be a reason to cleanse our army,” said Erdogan after the dust had settled.

Apart from the arrest of some 3,000 troops that has taken place since Saturday, there have been arrest warrants issued for 2,700 judges, which clearly indicates that Erdogan’s “gift from God” was the perfect excuse to enact policies that had already been planned, but were waiting for the opportune moment.

Arresting almost 3,000 judges can all but guarantee that there will be no fair trials in the aftermath of this insurrection. The harsh punishments to be dealt out to the so-called “traitors” will be even more horrendous than the casualties of the coup itself.

The Sociable reported just two days ago about how overreactions to terrorism almost always carry far more casualties than the events themselves. Although the article was a reaction to the attack in Paris, the concept still applies to the Turkey coup if you just replace the words “terrorist act” with “coup.”

“The terrorist acts do not ‘trigger’ or ’cause’ these historically-significant ventures, but rather facilitate them by shifting the emotional or political situation, potentially making a policy desired for other reasons by some political actors possible but no more necessary than it was before the terrorist act took place.”

Read More: How overreaction to terrorism has far more casualties than attacks alone

Now that the Turkey coup has been put to a halt, the government’s deputy leader and former Minister of Health, Mehmet Müezzinoglu, has issued the call for blood against the 6,000 or so heads of opposition.

“We will put forward a motion, which will demand the execution of those who have been involved in the coup attempt,” Müezzinoglu wrote on Twitter.

After issuing the statement, the Twitter hashtag “#idamistiyorum,” which means “I want death penalty” immediately began trending as the nation’s eyes have run red with rage and revenge.

Addressing an enraged, pro-government crowd, one can detect a hidden smirk as Erdogan boasted his desire to appease the will of the people shouting “we want executions,” as if he was really acting on their behalf and his revenge wasn’t politically motivated.

“I said it yesterday as well, the peoples’ demands cannot be ignored in democracies. This is your right. This right will be evaluated by the relevant authorities, especially from a constitutional perspective, and a decision will be taken,” said the president.

The peoples’ demands cannot be ignored? How about the demands of an enraged, bloodthirsty mob that was riled up by the very government that called for the revenge and so swiftly offered its own solution?

The mob has already been reported to have savagely decapitated one soldier on the Bosphorous Bridge in Istanbul that connects Europe with Asia as his mutilated body lay in a pool of blood.

Can the government really promise to carry out such horrific acts such as the despicable murder on the bridge all because it is within the “peoples’ demands”? It is the responsibility of the government to maintain law and order and enact laws that keep the relative peace — not butcher its citizens in the streets or execute opposition simply because they hold different opinions.

The Turkish government has seized upon the failed coup as an opportunity to serve a final death-blow to its opposition — something that had already been desired, but couldn’t be enacted without the perfect excuse — the Turkey coup.

Now that the insurrection has failed, the government and President Erdogan are beating their chests, crying for revenge, and are in fact becoming the mob themselves.

The repercussions will bring far more death than the coup itself as the country follows its leader down the bloody path where in this case mob rule reigns supreme and human dignity is left decapitated on a bridge that connects the East and West.