Turkey coup: to control social media is to influence the outcome 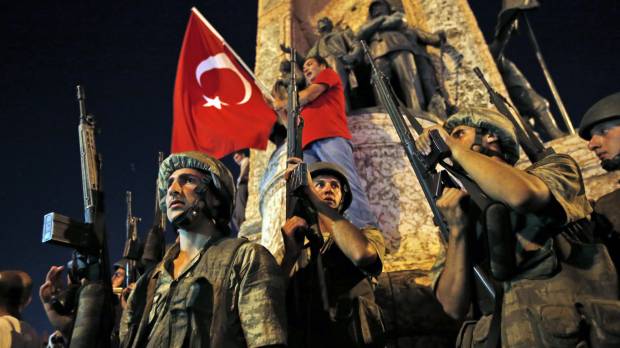 The Turkey coup was already over almost as soon as it began, and social media — or lack thereof — played a major role in determining the outcome.

When a faction of the Turkish military attempted to overthrow the government, the regime reportedly blocked social media in the country including Twitter, Facebook, and YouTube.

Although the respected social media platforms claimed that they didn’t play any part in the block and that their servers were functioning normally, both Facebook and Twitter made similar statements that there seemed to have been an “intentional slowing” of traffic within Turkey.

While the Turkish government commanded a strong media presence, the resistance dwindled. The Financial Times reported that Turkey’s President Erdogan’s media strategy “adopted an interesting mixture of both traditional and 21st century methods.”

Why the Turkey coup failed

With a very effective media campaign on the part of the government via traditional Television news networks and nontraditional social media networks such as WhatsApp, the regime’s ability to “flood people’s news and social media feeds with assurances of control, appears to have turned the tide in the early hours of Saturday.”

In an interview with Vox, author of Seizing Power Naunihal Singh lent his expertise on why the Turkey coup failed, and it had nothing to do with military power, but rather everything to do with perception.

According to Singh, the outcome of the Turkey coup was determined by the architects’ “inability to make it seem like they were going to succeed,” adding, “the ability to shape perceptions of success, often through media, is crucial in coups — basically, if people think a coup is going to succeed, they usually just join up because they don’t want to be on the wrong side of the guns.”

The fact that the Turkish government played a part in controlling social media and conventional media goes to show how those who control communication can alter the perceptions of the people, whether the information being broadcast is accurate or not.

Controlling the media to influence the outcome

Had the participants of the Turkey coup taken control of the airwaves, for good or ill, the outcome may have been dramatically shifted. Participants in coups traditionally are not radical fundamentalists, but rather are on-the-fence and only take the side that they believe will win. If the perception had been in favor of the coup, whether true or not, it is likely that more people would have joined the resistance.

It appears that the Turkish government remembered full-well the role that social media played during the Arab Spring some five years ago and knew how to quash resistance by flooding pro-government information across the various channels, or else crumble and fall like the other governments before them.

A report by the University of Washington (UW) from September of 2011 states, “After analyzing more than 3 million tweets, gigabytes of YouTube content and thousands of blog posts, a new study finds that social media played a central role in shaping political debates in the Arab Spring.”

Twitter was a crucial tool in mobilizing the masses to overthrow their governments in the Arab Spring. In the case of the Turkey coup, Twitter was brought to a standstill.

According to the UW report on the Arab Spring, “People who shared interest in democracy built extensive social networks and organized political action. Social media became a critical part of the toolkit for greater freedom.”

There will be more blood

Because the Turkish government was able to control both social media and conventional media, it was able to influence public opinion and stop the bloodshed — at least temporarily. The repercussions are yet to come, and President Erdogan is already plotting his fierce revenge by launching a “purge of the armed forces.”

Read More: How overreaction to terrorism has far more casualties than attacks alone

“They will pay a heavy price for this,” said Mr Erdogan, who also saw off mass public protests against his rule three years ago. “This uprising is a gift from God to us because this will be a reason to cleanse our army.”