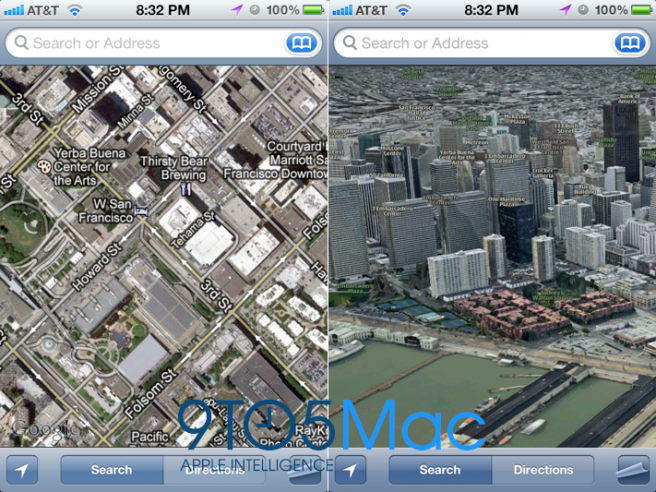 Apple will debut its own completely self-engineered Maps application at its Worldwide Developers Conference (WWDC) next month as it unveils the latest version of its mobile operating system, iOS6.

Currently the Maps application for iOS uses Google Maps data that sits behind an Apple-skinned interface. Now with iOS6, the Maps app will be a complete in-house built solution for the first time.

Apple’s intention to create its own mapping service has been clear for some time, having acquired three relevant companies – Placebase, C3 Technologies and Poly9 – in the last three years.

Perhaps the most exciting feature of the new Maps app will be the integration of C3 Technologies’ photorealistic 3D maps. The technology can “rapidly assemble extremely precise 3D models, and seamlessly integrate them with traditional 2D maps, satellite images, street level photography and user generated images”. Quite frankly, they look incredible.

3D maps will likely be processor-intensive so it’s possible that this capability will be reserved for Apple’s latest and most-powerful devices, like the iPhone 4S and new iPad. Hopefully they won’t make us wait until the release of the iPhone 5 in October to try the new Maps app out.