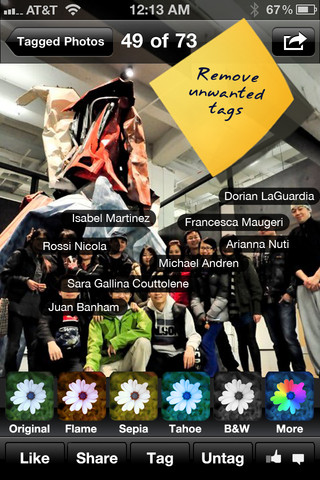 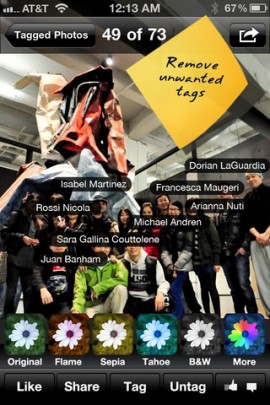 Legitimate privacy concerns or embarrassing photos from last weekend’s office party means that Facebook users often want to untag images of themselves on mass – something which Facebook deliberately makes difficult.

Facebook deliberately makes this process arduous. The more tagged photos Facebook has of users on the network, the more it learns how users relate to each other, resulting in increased content relevancy and longer periods of engagement. Facebook is easily the most-popular photo-sharing service on the internet.

Photobox! can group all photos that you’re tagged in in a single folder. You still need to cycle through them individual and use the one-touch ‘Untag’ button on each separate image, but it’s still a lot quicker than the official methods offered by Facebook. 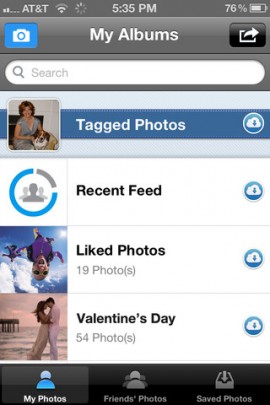 As well as untagging, Photobox! can also group all the photos you’ve Liked together, group photos of friends individually and group photos from your recent feed. It also allows you to search photos by album, naturally.

All photo albums and photo groups can be downloaded in their entirety to your iPhone and can be used within the native Photo app or shared by email. This includes the ability to download all photos of your friends, which, to me, seems slightly odd.

The feature list doesn’t stop there. Photobox! has some built-in photo editing features, including orientation alteration, crop and basic draw and text additions. Users can batch upload photos to new or existing Facebook albums and post these direct to Facebook Timeline.

Are we just weeks away from Android 5.0, Jelly Bean?