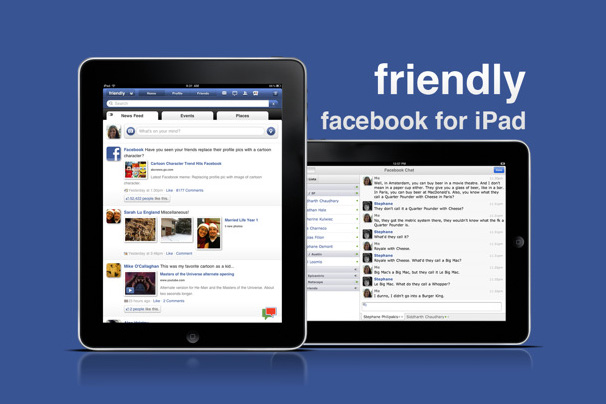 Friendly for Facebook, the unofficial Facebook iPad app developed by Oecoway and first released in August 2010, now attracts over three million monthly users according to All Facebook. 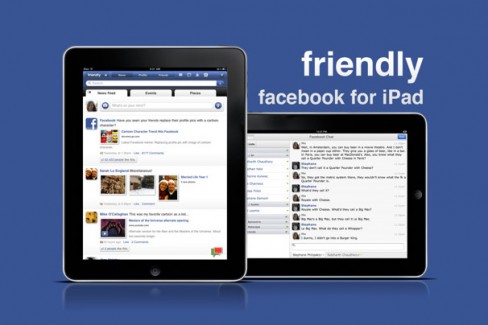 The app has become hugely popular over the past eight months, largely due to the fact that Facebook have not yet developed their own official iPad app. When asked late last year about the non-existence of a native iPad app Facebook CEO, Mark Zuckerberg, stated that Facebook only develops apps for mobile devices, and is quoted as saying that “the iPad’s not mobile”.

While Facebook may argue that the user experience provided by the site’s normal desktop version is satisfactory for tablet users, this simply isn’t the case. For one, Facebook Chat does not work in the iPad browser, nor can users scroll through lists on Facebook modal windows.

This seeming lack of interest from Facebook regarding the experience of Facebook users on Apple’s iPad has allowed Oecoway’s Facebook app to accelerate and perform so well. Oecoway are marking this impressive progression milestone by continuing with the app’s development and releasing a host of new features, including support for the iPad 2’s camera and touch-based image editing.

The app can be downloaded for free on the Apple App Store, or alternatively, an ad-free version can be purchased for €0.79.