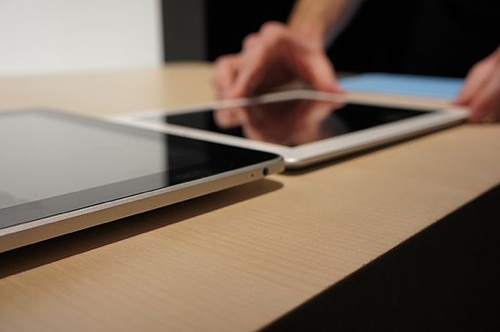 How the original iPad and iPad 2 compare
1.3Kviews

iOS 4.3 update for the iPhone, iPod Touch, and the iPad has been released within the last hour. Improvements in this release are small but welcome none the less.

Perhaps the most notable feature included in the update is the added iTunes Home Sharing ability. While Home Sharing has been a part of iTunes for some time now, only now can iOS users stream music, video, and podcasts from their iTunes library on a Mac or PC straight to their device across a common network.

Javascript performance in Safari for iOS 4.3 is said to be up to twice as fast as iOS 4.2. By migrating their Nitro JavaScript engine from Safari 5.0 desktop, Apple are promising faster, more responsive web browsing.

Airplay has received an upgrade and now allows streaming of iPad content like music, movies, and photos from not only indigenous apps, but third-party apps also, to compatible devices like Apple TV through the Airplay API.

Many people cried out when iOS 4.2 update changed the iPad’s side switch from an orientation lock to a simple mute button. Now Apple have reversed this change somewhat by allowing users to customise the button’s functionality in their settings.

iPhone 4 users are also in for a treat. Apple’s Personal Hotspot feature that lets user share their 3G data connections to other devices like a laptop or iPad via Wi-Fi, is no longer limited to Verizon iPhone users. It’s reported that up to three devices can be supported this way.