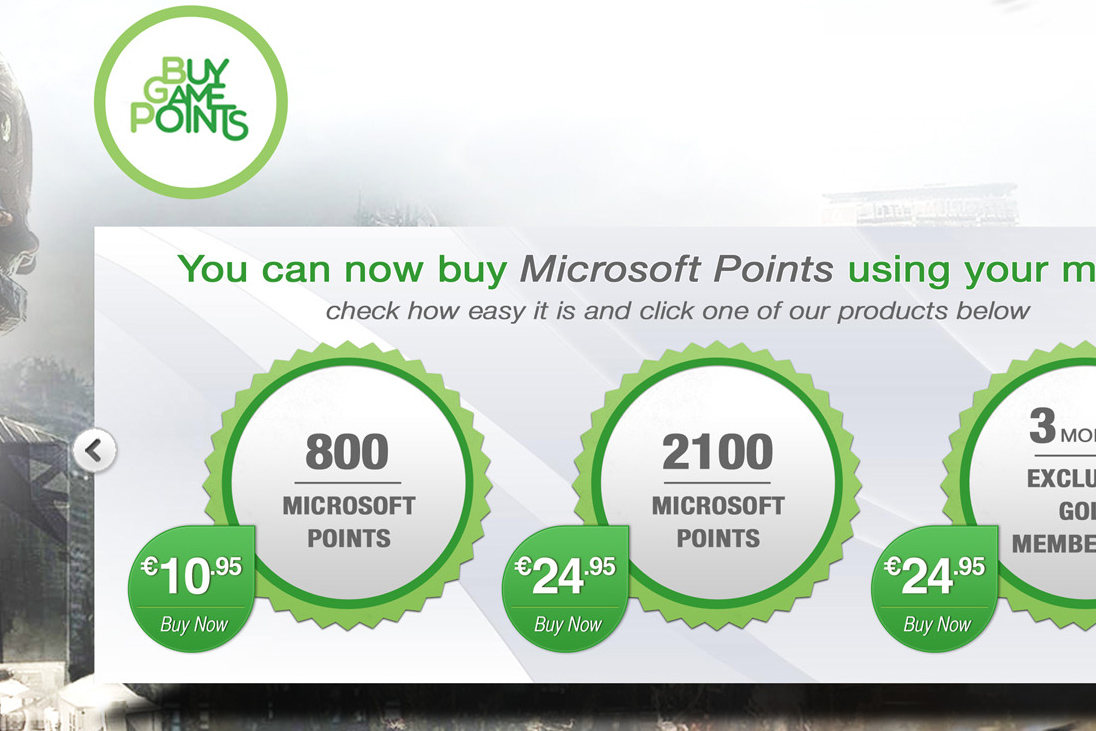 Irish mobile services company Phonovation has expanded its mobile payments service to include the purchase of Xbox LIVE Gold membership and Microsoft Points. Microsoft Points are the universal coin with which users can purchase games, movies and TV shows on their Xbox.

What’s important about this announcement from the Irish company is that Microsoft Points and Xbox subscription can be charged to users’ mobile phones, eliminating the need to use a credit card. It’s estimated that 56% of the Irish population do not own a credit card. This is perhaps even more significant when you consider that a large percentage of Microsoft’s target market are under the age of 18 (although this age is increasing).

“Customers without credit cards, or those who don’t want to use their credit card, will be able to purchase Xbox LIVE Gold Subscription and Xbox Microsoft Points quickly and securely from their handsets without having to leave the house.” – Gavin Carpenter, Sales Director of Phonovation

Previously, the only way the purchase an Xbox LIVE Gold membership or Microsoft points was through participating retail stores or by associating a credit card with one’s Xbox account.

Users can purchase using their mobile phone in two ways; by sending a text message to a SMS short code number, or by visiting buygamepoints.com and entering their mobile number.

Phonovation will expand their Xbox mobile payments solution to Czech Republic, Germany and Spain this July.

Sure, Google Glass emits radiation but it’s too early to start worrying