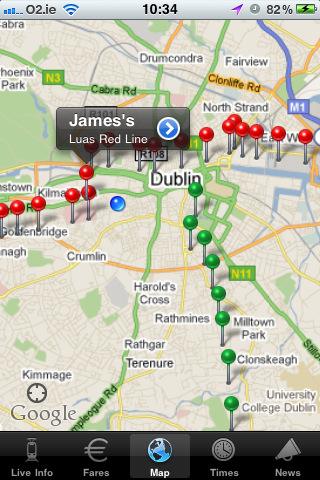 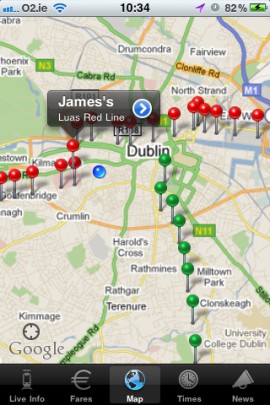 The news comes two days after the official Luas iPhone app was released. The app features a pricing calculator, maps of Luas stops and timetables.  An Android app is currently in production, for a planned release later in the year.

Irish Rail plans to roll out free Wi-Fi on its Dublin to Cork route this year. The company is currently out to tender for providers.

Meanwhile, Silicon Republic reports that Dublin Bus has been criticised by Dublin Chamber for not offering free web access on its fleet.

Save 90% off call costs with “virtual landline” iPhone app

In conversation with Mark Krieger, President & Co-founder of TweetRoost