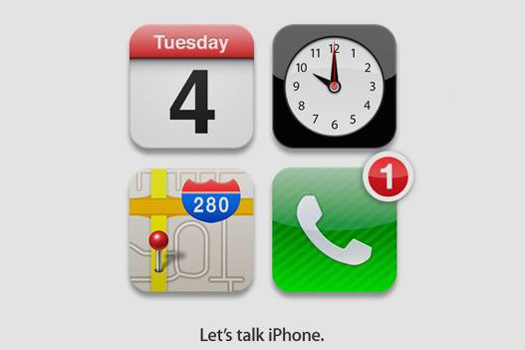 The day many have been waiting for is finally here – Apple has officially confirmed the iPhone 5 release announcement will be held in Cupertino next Tuesday, October 4th.

Apple has issued the official invites to next week’s Apple iPhone 5 release date announcement, confirming the numerous rumours that suggested the iPad and iPod maker would unveil its next-generation handset on October 4th.

Set to be held at Apple’s Cupertino Campus next Tuesday, Apple’s newly instated CEO Tim Cook will take to the stage to officially showcase the handset that has held the tech world’s interest for the past six months.

Simply announcing “Let’s talk iPhone”, the Apple invite has been issued one week prior to the official event with much speculation still surrounding what form and features the next-generation iPhone will take.

Emma is a writer with Click Magazine. This article originally appeared in clickonline.com and is syndicated with permission.
view all posts