HomeMobileSeparate signal from noise with Relevance, a news stream reader with a difference
Mobile

Separate signal from noise with Relevance, a news stream reader with a difference 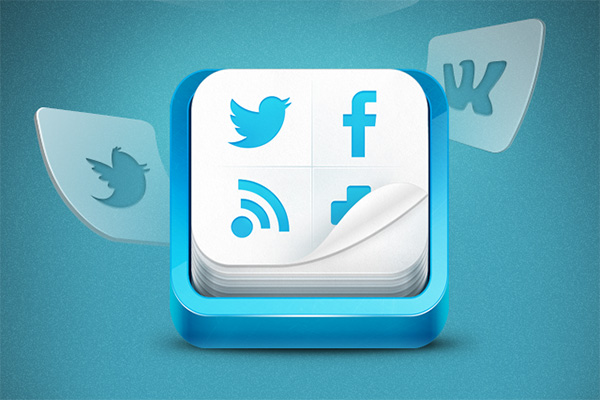 Like most avid consumers of news our streams are often clogged with venial content that only serves to distract us from what’s most important and most relevant personally. Now, a new iOS app known as Relevance, which launches on the App Store next Wednesday, attempts to overcome this. We got early access to the app and were quite impressed.

Relevance is a social news reader with a difference. Select the amount of time you have to spend reading – from one minute to one hour – and a time period – from the last 15 minutes to the last seven days – and Relevance fine tunes news feeds from Facebook and Twitter, displaying only the content it deems most relevant within the set constraints.

“Relevance is the first app that goes beyond manual customization of the Facebook and Twitter news feeds to deliver messages the users want to see. It automatically personalizes the content to the users’ liking based on their reading patterns, preferences, and brings the authors and messages most relevant to the users upfront.” – from its makers, i-Free Innovations

How does the app know what’s personally relevant? By a number of ways actually. As you’re using the app it begins to intelligently learn your reading habits.

Relevance takes note of the amount of time you spend reading certain content from certain sources and assumes that the longer or more engaged you are with a certain subject or author, the greater value you’ll find in similar content.

Relevance also weighs in other signals like Facebook Likes and comments and Twitter replies, retweets and favourites – actions that can all be performed within the app. The degree of connectedness between the reader and the content author within Facebook’s social graph is also considered, along with the general popularity of the author. 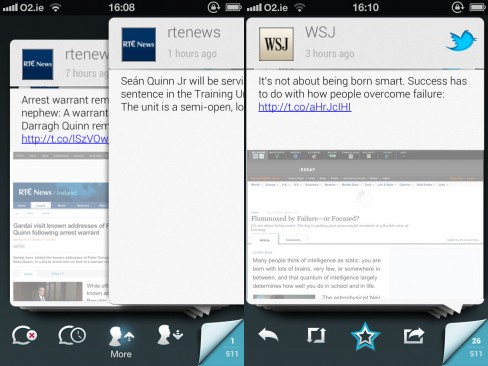 As well as the aforementioned automatic signals considered when delivering content, Relevance of course considers direct suggestions from the reader. Swipe to the right and you can tag a specific piece of content as boring, or request more or less from a particular author.

The end result is a streamlined and focussed news stream without all the inbetween fluff.

We’ve been told that Google Reader and Tumblr will be integrated in the future, as well as Vkontakte, a hugely popular Russian social network. The app will become available on the App Store next Wednesday, July 25 and it’s totally free.