HomeBusinessSatellite servicing: because repairing is cheaper than building new ones
BusinessScienceTechnology

Satellite servicing: because repairing is cheaper than building new ones 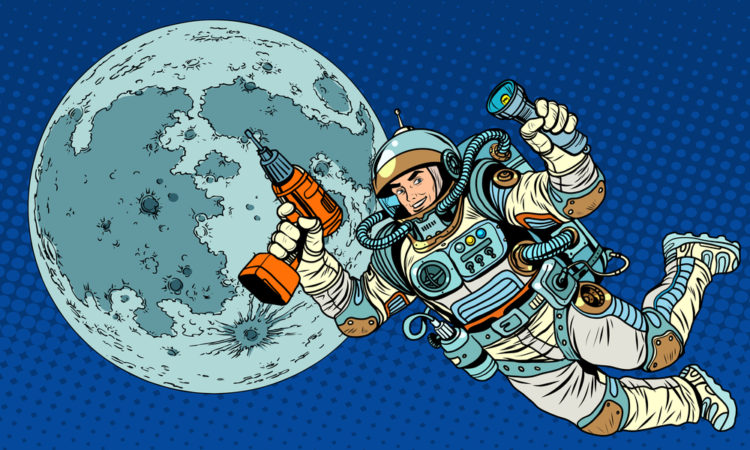 With thousands of satellites launched, but with many of them either becoming dysfunctional or running out of fuel, satellite servicing is providing a cheaper alternative than launching new ones.

Why build new satellites when repairing and refueling costs less?

Government organizations, startups, and space companies are researching on ways to offer satellite services that include creating standard designs and refueling technologies, thus opening up the doors for the beginning of a new industry.

According to European Space Agency (ESA) estimates, some 8,650 satellites have been launched in space, of which, about 4,700 are still out there, but only 1,800 are still functioning.

While this creates a debris problem, it indicates to a whole market of satellites out there, which either are, or at some point will be, in need of servicing, refueling, or of simply being pulled down.

MEV-1 becoming the first commercial satellite-servicing craft to take flight is likely to be a kickstarter in this sector. Built by Virginia-based company Northrop Grumman, MEV-1, was launched along with the Eutelsat 5 West B communications satellite.

MEV-1 will eventually link up with the Intelsat 901 communications satellite, which has been circling Earth since June 2001 and is low on fuel. MEV-1 will take control of the pointing and orbit-maintenance duties for Intelsat 901, extending the older spacecraft’s life by five years. That done, MEV-1 could theoretically assist another aging satellite.

Read more: The human side of space exploration: societal benefits of spaceonomics

As government organizations, militaries, space companies, and startups are striving to offer similar services, are we looking at a new disruptive area in space mechanics that solves rather elite problems?

Chris Blackerby, the COO of Astroscale told The Verge his company has estimated that about 5-10% percent of satellites malfunction in some way before their missions have been completed.

The technologies needed for a full-fledged repair shop in space aren’t quite ready yet, but efforts are in full swing. As The Verge described, the need of a spacecraft will be to rendezvous with satellites and dock with them delicately at speeds of 17,000 miles per hour or more. To perform this autonomously, sensors and cameras will be needed to help guide the vehicle through space.

Also, when a servicing satellite reaches a target, it must be capable of performing technical procedures like attaching a new piece of hardware or transferring fuel.

DigitalGlobe’s satellite that broke in space in January was considered ‘non-cooperative’ because of its lack of features to dock on. This means we need a new breed of satellites that are servicer friendly.

Satellite servicing companies are striving to have a standardized interface that would include some kind of grappling feature.

Astroscale, a company that wants to deal with the space debris problem, is working on grappling onto a broken satellite to drag it back to earth.

The fact that a slew of startups are focusing on satellite repair services indicates that such services are increasing in demand.

Apart from the mobile satellite services market, which is expected to achieve a CAGR of above 7.52% during 2018–2023, other sectors like telecommunication, weather prediction, and navigation, military intelligence, and space exploration are using satellites.

That means many more satellite launches will someday be in need of repair and refueling.

There are several companies beginning to offer such services, or seeking to do so. Research for creating systems that can enable satellite repair are going on.

For example, Altius Space Machines are coming up with grasping technologies and robots with manipulative STEM robotic arms. Satellites built so far have shown the problem of not being conducive to holding on to.

Another company, NovaWurks has designed a small satellite form factor that allows the assembly of a satellite in a myriad of configurations that literally click together. These can be fueled or re-fueled, as need be.

Made In Space is building a spacecraft called Archinaut, to maintain and upgrade existing satellites as well as build new structures in orbit.

Government organizations are also in. NASA has demonstrated many robotic-refueling demonstrations on the International Space Station, and plans to launch a mission called Restore-L that will refuel the tank of a free-flying government satellite.

The US Defense Advanced Research Projects Agency (DARPA) has launched two prototype servicing satellites in 2007 through the Orbital Express program. It’s also working on a new project called Robotic Servicing of Geosynchronous Satellites, though the program has seen some setbacks.

We need a new breed of satellites that are servicer friendly

The future of satellite servicing has been seen as bright for a while now. Brian Weeden, director of program planning of the Secure World Foundation had said in 2017,

“Satellite servicing and related technologies are the foundation of the future economic development of space and delivering increased benefits from space to the world.”

As this elite service sector establishes in our skies, will it bring more improved satellites and systems, whole new career paths for aspiring astronauts, engineers, and scientists, another spaceo-economic boom, and its elite problems as well?