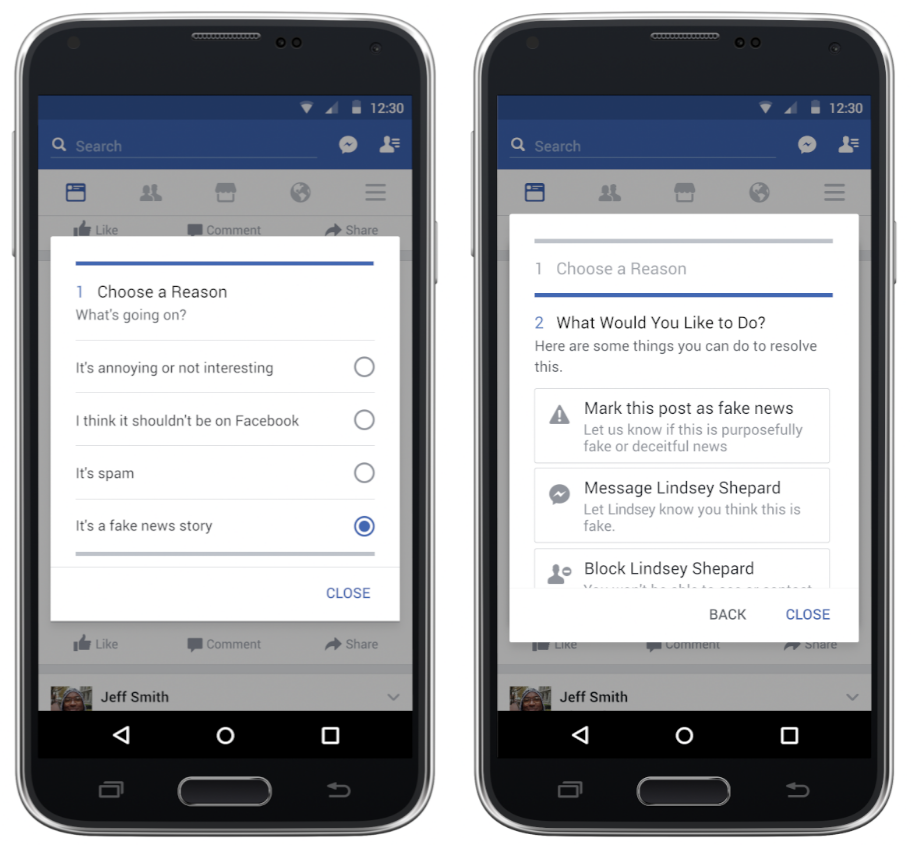 Under scrutiny for being a platform that distributes so-called fake news, Facebook will rely on third-party fact checkers to determine if a story is a hoax.

In an announcement on Facebook today, Zuckerberg wrote, “Today we’re making it easier to report hoaxes, and if many people report a story, then we’ll send it to third-party fact checking organizations. If the fact checkers agree a story is a hoax, you’ll see a flag on the story saying it has been disputed, and that story may be less likely to show up in News Feed.”

The Facebook CEO also mentioned that “you’ll still be able to read and share the story, but you’ll now have more information about whether fact checkers believe it’s accurate. No one will be able to make a disputed story into an ad or promote it on our platform.”

While the third-party fact checkers were not actually named, they are reported to be “signatories of Poynter’s International Fact Checking Code of Principles,” according to Facebook’s official News Room.

The signatories include ABC News, The Washington Post, The Associated Press, and Snopes, among the 43 listed.

With that type of consolidation, who is really determining which news is fake or real?

As so-called fake news is raising alarms by the mainstream media, these same mainstream publications are oftentimes equally as guilty in the area of being talking heads for lobbyists and governments.

One of the main difficulties of officially determining whether a story is a hoax or not, unfortunately, depends on belief rather fact. That is what makes Facebook’s third-party fact checkers controversial — they are not named specifically out of the list of 43 signatories.

In fact Poynter’s says “It is important to note that not all signatories of this code are a part of the Facebook pilot; in fact the majority are not.”

However, the prompt to reduce fake news from Facebook’s news feed shows that it is targeted at removing financial incentive from spammers, and not from hard-hitting stories that have the potential to sway elections.

“We’ve found that a lot of fake news is financially motivated. Spammers make money by masquerading as well-known news organizations, and posting hoaxes that get people to visit to their sites, which are often mostly ads. So we’re doing several things to reduce the financial incentives,” Facebook’s report states.

According to the report, “Stories that have been disputed may also appear lower in News Feed,” and “It will still be possible to share these stories, but you will see a warning that the story has been disputed as you share.”

While this looks like a positive attempt at reform, if a story is refuted enough (i.e. believed by enough people to be false), it will be harder to find, even if the story actually turns out to be true.

It’s a dangerous path to self-censorship, which carries the possibility of suppressing important information on the basis that too many people don’t agree with it, or Facebook’s unnamed fact checkers deem it a hoax.

5 Facts You Should Know About Machine Learning and AI

Born out of Slack, Yodel grows up to be standalone phone app with bright future