Like a secret ninja attack we’ve known for a while that Google Schemer was officially coming but we didn’t know when.  Well today Google’s Foursquare-like, task-driven, social addon to Google+, Google Schemer, made its presence known.

About a month ago Google chucked an introductory, and rather brilliant, video up on YouTube for the site and on December 8 Schemer itself joined Google+.

But only in the past day has the site picked up interest from users. So if you’re not sure what Schemer is then have a look at our quick Google Schemer FAQ.

What is Google Schemer?
Google Schemer allows you to organise real-world events with friends or Google+ acquaintances (or as they call them ‘accomplices’).  You can either create your own or join another person’s or brand’s schemes.

How do I get access to Google Schemer?
At the moment Google Schemer is invite only but it seems that Google Zagat has some invites on their Google+ page.  If you can’t get access through the link you’ll have to wait for someone to send you an invite.

You can also head over to the Google Schemer website and add yourself to the waiting list. 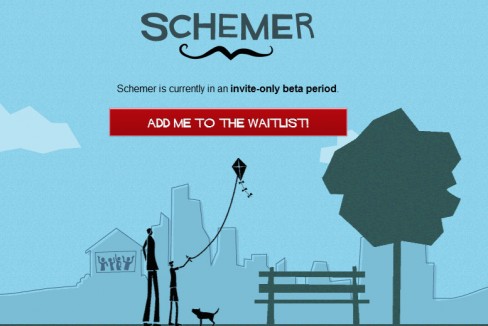 If you do want to scheme from outside America Google warns you to “Continue at your own risk — things may not work perfectly and local content might be sparse. We’re working hard to support Schemer in more places soon!”

Can businesses use Google Schemer?
Yes businesses can use the site and already Zagat, Wired’s Geek Dad, IGN, Time Out, National Geographic, Bravo and other brands use the site.

If you want to use schemer for your business then you will have to contact Google directly.

What can I scheme?
You can scheme whatever you like, some can be practical (learn to cook) and some can be more aspirational (go into space).

At the moment Google breaks schemes down into eight categories.

How do I use the ‘Heads up button’?
The heads up button is Google Schemer’s direct message system.  It allows you to email a user (without letting you see their email address).

Will there be a Google Schemer API?
It looks like Google will be releasing a Schemer API.  The site’s robots.txt file lists an API directory, although nothing is set up yet.