Measuring the monetary value of sharing on social networks 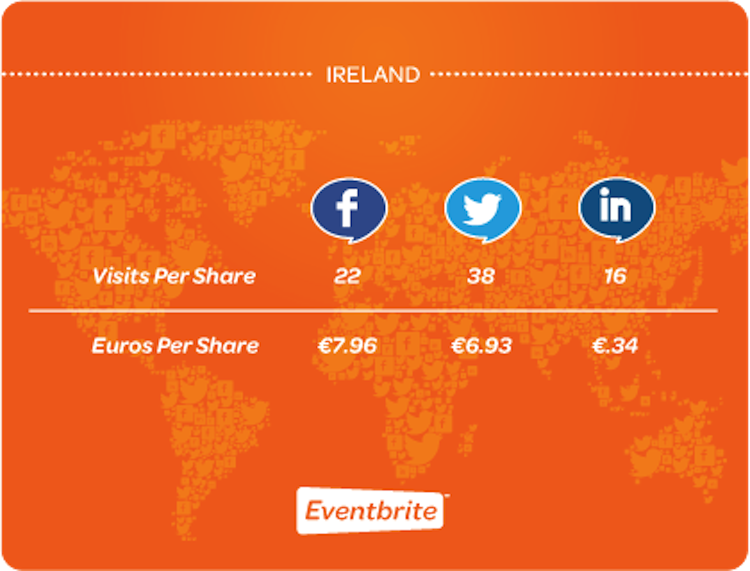 Since 2010, the monetary value per share action across social networks has almost doubled from $1.78 to $3.23, that’s according to aggregate data from online event creation, sharing and ticketing service Eventbrite.

So every time a Facebook user shares an Eventbrite event on the network, the average additional revenue earned by its organiser is $4.15.

The number of visits back to Eventbrite per share action has also increased. Across all three major social networks, an average share drives 17 visits or click-throughs, up from 7 in 2010. Twitter has the highest visits per share rate at 33, compared to 14 on Facebook and 10 on LinkedIn.