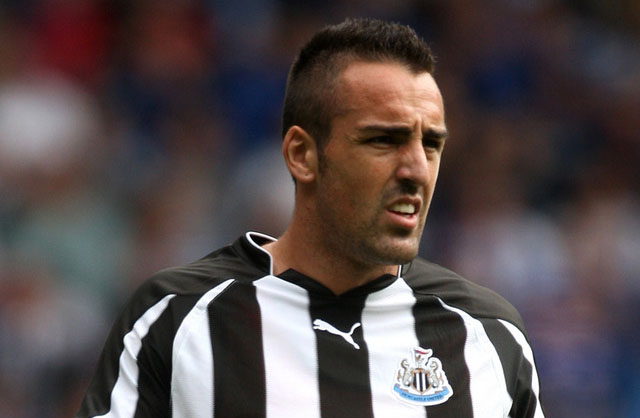 Update: It appears that Jose Enrique is back on Twitter (or simply changed his Twitter username) and can now be followed here.

Newcastle United defender Jose Enrique has quit Twitter after a recent public outburst attacking the club’s transfer policy on the network. Jose’s ill-judged rant has reportedly landed the Spaniard with a two-week fine, although it’s unclear whether part of his reprimand required him to leave Twitter.

Jose, who is linked with a move away from Newcastle this summer, recently tweeted his frustration at the club’s supposed inability to offer him an improvement on his current contract and that the club was allowing their best talent to leave. In broken English one tweet reads,

“The [sic] give the money I have already. They lie all the time. But is no for money is because they don’t want spend in the club and bring quality players that’s why everybody go.”

This is not the first time Jose’s use of social media has gotten him in trouble. Late last year Jose  prematurely informed followers that he was ruled out of a game against Tottenham Hotspur due to injury, before any official team-sheet announcement. As a result, Newcastle became the first English club to issue Twitter guidelines to squad members.

Jose all but abandoned Twitter from the previous incident until July 16th. His return has been short-lived and he appears to have deleted his Twitter profile entirely just ten days later.

Twitter and footballers have often had a turbulent relationship in the past. Then Liverpool winger Ryan Babel was fined £10,000 over his criticisms of referee Howard Webb on Twitter after an FA Cup defeat to Manchester United. Darren Gibson also famously quit Twitter just two hours after creating his profile due to the amount of abusive tweets that people were sending him.

As long as social media allows footballers and celebrities to directly reach their audience uncensored, unedited and sometimes with ill-favoured temperament, Jose will likely not be the last victim of Twitter’s treachery.