HomeSocial MediaThe Waiting Game: How People Planned a Night Out Before Smartphones Made Everything Easy
Social Media

The Waiting Game: How People Planned a Night Out Before Smartphones Made Everything Easy 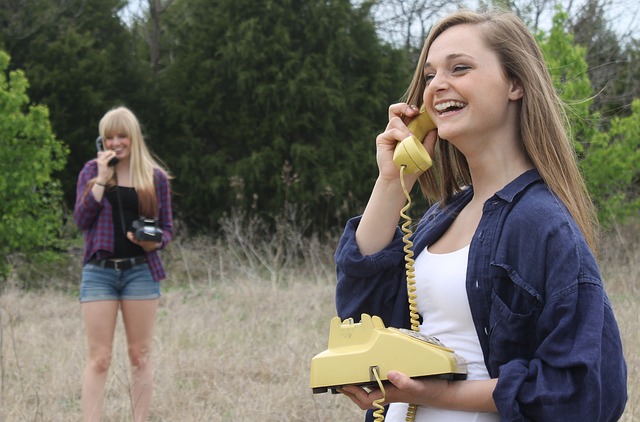 Kevin Granville is the Co-founder and CEO of Cracked Innovations, creators of social meetup app, What Now. The team behind What Now aim to put the “social” back into social media and invigorate a new cultural trend of face-to-face meetups and real human interactions.

Millennials hate it when older generations go on about how life is so much easier now than it was before. Young people balk at the idea that exams are less complicated and school subjects are less difficult. Try telling a stressed mid-twenties office worker that his job is a breeze compared to his grandfather’s generation of daily toils.

However, when it comes to meeting people and arranging social events, Millennials, I’m afraid, we have you in a checkmate! Those of us old enough will remember waiting anxiously by your house phone hoping that someone will call and invite you out to a fun event, or waiting for ages on a wet street corner for friends that would never arrive. That was the reality of social meetups before the mid-nineties brought up affordable mobile communication and the power of the Internet. In this article I will take a trip down memory lane, and show how communication and social “networking” has blossomed since my generation (Generation X) were born.

In 1978, developers Ward Christensen and Randy Suess announced the launch of their revolutionary new messaging system dubbed CBBS for a computerized bulletin board system. This early system can be linked to what would eventually become the World Wide Web, countless online messaging systems and even Twitter.

Contacting someone on BBS meant dialing into a phone line through your home computer, typing a message and then waiting with bated breath for hours, days, or weeks before someone posted a reply. BBS was by no means a flawless – or particularly time efficient – system, as it ran on 300 baud modems, which were so slow that users could see the text scroll from left to right like someone was typing.

BBS used traditional phone lines to log in to remote computers, meaning that if users wanted to dial in to a BBS outside of their local area, they often received a nasty surprise at the end of the month due to long-distance charges from the phone company.

The high prices of making out of town calls meant that most people used them to connect with people within their own area code, which in turn spurred local, in-person gatherings. While by no means a common household communication tool, and generally used by computer fanatics and early adopters of technology, BBS nevertheless rose steadily throughout the 80s and 90s until the Internet assumed its spot in the history books.

The art of telephone tennis

Back in the early 1980s, even landline house phones were a luxury. Forbes contributor Bill Frezza noted that for seventy years it was effectively illegal to own a phone in the U.S. Until the government-granted Bell monopoly was broken up in 1984, people were forced to rent landlines. For teenagers, organizing events and meet-ups with friends or potential love interests was a time consuming game of cat and mouse, involving multiple phone calls, awkward chats with suspicious parents and leaving cryptic messages.

After the Bell/AT&T breakup in 1984 people all over the States were finally able to buy their own telephone equipment. Answering machines soon became a normal household item, selling more than 1M units per year. Before mobile phones dropped in price and reduced in size to the extent that not only millionaire bodybuilders could own them, telephone companies began offering “voice mail” services, previously seen only in larger companies such as IBM.

While being able to leave a message was useful to get someone to call you back, it wasn’t always the most efficient means of organizing an event on short notice. In his Forbes article about communication in the eighties, John Tamny recalls changing his answering machine message so that a presumed caller would know where to meet one Saturday night in Houston. Unless concrete plans had been made and agreed on, every time you left the house (armed with your battered book of phone numbers and a handful of quarters for emergencies) you were stepping out into the great unknown and risking spending another night waiting on people who wouldn’t arrive.

The first mobile telephones were huge, heavy, had a terrible battery life, and were prohibitively expensive, with the first models retailing at around $3,000 dollars. Up until the mid-nineties, cell phones had been reserved solely for high-flying businessmen such as the character portrayed by Michael Douglas in 1987 hit, “Wall Street,” or for kids in upper class L.A neighbourhoods, like Zach Morris in “Saved by the Bell”.  People jumped at the opportunity to try them out and found themselves shouting down the line, just like a grandparent nowadays trying to work out how to use Skype.

At this stage, the most commonly used form of mobile communication was still the pager, affectionately knows as a beeper. In 1999, 45 million Americans had pagers, and everyone from doctors to drug dealers left the house armed with their beeper and a handful of quarters for when their pocket started buzzing. Pagers could either receive the number that wanted them to return the call, or text based messages sent via email, which was a big deal at the time.

Socially, pagers offered a means of getting in touch with groups of people to organize a dinner or meetup. But in comparison to today, they required a painfully slow process of using your house telephone or slow internet connection to send messages, all without a guarantee that anyone would respond! Within a few short years, cell phones blew pagers out the water, as they allowed users to send and receive calls and text messages directly. Despite the huge popularity of mobile phones, today there’s still an active market for pagers, especially among medical professionals – in 2012 Americans spent $7M on new pagers.

From the mid to late nineties, cell phones became at the forefront of people’s consciousness, as virtually everyone began using them on the big screen and the tube. However, it wasn’t until the late nineties when mobile phones really began to affect normal people’s day-to-day lives.

From around 1998, affordable and relatively compact Nokia cell phones began to flood the market, allowing people to show their “true characters” through an ever expanding range of protective plastic cases. The effect on people’s social lives was irreversible, and in the space of a few years the mobile phone brought the world together by allowing people to communicate with each other no matter where they were.

The birth of SMS text messaging allowed users to contact a large group of people with the same message, at the same time. SMS also beckoned in the common use of text abbreviations, saving users time and money and annoying English teachers around the world. The first recorded use of OMG for “Oh my god!” was in a letter sent to Winston Churchill by Lord Fisher in 1917, but the mobile phone boom of the late nineties definitely accelerated the change. Making a chain of calls to set up group meetings ahead of time or drive from place to place to find your buddies soon became a thing of the past – assuming you had remembered to top up your phone credit.

The late 90s and early 2000s saw the Internet – which was made public in 1994 – and home computer technology advance to the extent that it became a viable means of contacting friends, making plans and promoting events.

In 1999 Microsoft launched MSN messenger as a rival to AOL’s AIM service, which became a social lifeline for teenagers and young people around the world. Many millennials will fondly remember chatting to friends for hours on end, sending custom emoticons, the nudge feature that would shake a friend’s chat window, and the super annoying winks option which filled friend’s screens with giant, animated emoticons. At this point most families used dial-up modems, which meant that you couldn’t use the phone and the web at the same time. This led to constant battles between parents and their grumpy teenagers, who were outraged at the prospect of not being able to chat for 10 mins while mom used the phone.

Around 2003, the Internet really hit a new level of advancement, and the capabilities of technologies and languages like Java, Flash, PHP, ASP, CGI, .NET ushered in a new trend, now known as social networking.

Sites such as classmates.com had existed since the mid-nineties, but the emergence of MySpace in 2003, quickly followed by Facebook in 2004, heraled a new age for online communication. These new networking sites truly made the world smaller, allowing people to search for old and new friends, organize meetups and events from a distance, and share photos and media. Today, Facebook has roughly 1.5 billion users around the world, and social media has developed into much more than just a communication tool, with businesses and events using social media sites as a way of targeting millions of potential consumers.

The explosion of smartphone technology since 2007 and the apps that came with it have made meeting new people and finding cool activities and events around you as easy as the swipe of a finger. However, we run the risk of over-saturating the market with apps which don’t actually do the things that we need them to do, and instead bombard us with options not actually suited to our tastes. That said, Millennials, next time you whine about having too many options for a night out or too many likes on Tinder, take a step back and think about how difficult it was for us old-timers back in the day.

Brains Byte Back
The weekly podcast looking at how our brains, psychology, and society are impacted by the ever-evolving technology that surrounds us. Every Monday we bring you the best stories and guests from around the world relating to technology, psychology, and society.
Download
Share on facebook twitter linkedin email
How to bio-hack your body (Part 1)
by Sam Brake Guia

In this episode of the podcast, Brains Byte Back cohost Mags Tanev interviews two guests on biohacking, discussing everything from intermittent fasting, what foods you should be eating and how to better understand your metabolic fitness.

Mags is joined by Doug Smith, a perpetual adventurer, health nut, and startup CEO, who thrives on living outside of his comfort zone and pushing his physical limits. He has a degree in Kinesiology with a focus in physiology, biology, and sports nutrition, and is the co-founder of dietary supplement and nutrition company, True Nutrition.

In addition to Smith Mags also speaks with Dr. Tracy Gapin, a board-certified Urologist and expert in men’s healthcare. He combines his expertise with cutting-edge technology to offer his patients individualized, state-of-the-art care, and in 2017, he founded Smart Men’s Health, focused on optimizing male performance. He offers a personalized path to helping men maximize sexual health, testosterone levels, and prostate health.

And for our Weird Wide Web piece, we have a story regarding how YouTube will be limiting video quality around the world for one month.