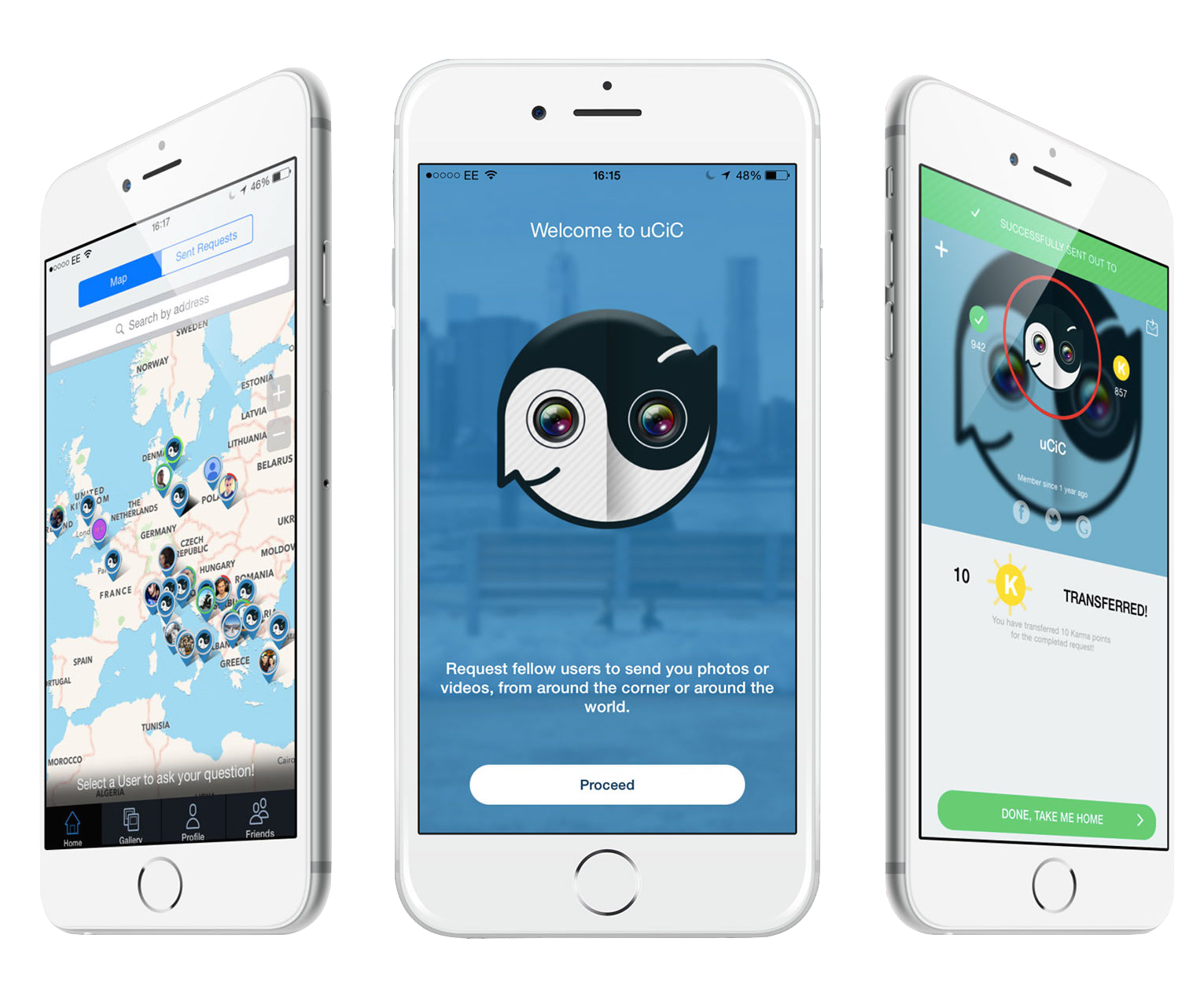 Sociable’s Craig Corbett reviews uCiC, the photo-sharing app with an eye-in-the-sky that allows you to ask users from all over the world what is going on in their neck-of-the-woods.

We have all been there. You spend ages preparing a picnic and squeezing onto public transport only to arrive at your favorite city park and find it mobbed, with no space left for your smoked salmon sandwiches and chilled chardonnay. Or you pressure your friends out into the rain to hit a new nightlife hotspot, only to walk into an empty, strobe-lit room with a bored looking bar-staff to keep you company. How many times have you said, “If I had known it would be like this, I would have stayed at home?”

How diverse are uCiC’s capabilities?

Toronto-based entrepreneur Sukhsagar Singh and former NASA space engineer Harleen Kaur created a digital “magic looking glass” to save you time and frustration with their new information and video/photo sharing app, uCiC (You See I See). The mobile app allows information seekers to select a user anywhere in the world and ask a question, receiving a video or photo in response.

Users can search by ZIP code, a famous landmark or attraction, and view all uCiC users in the area. The app now connects people in 120 countries, giving users the ability to target individuals active in the area of their choice. uCiC also shows how many people are being targeted with each question and users can set limits on response times.

Unfortunately, as anyone who has ever been lost in London will tell you, busy city dwellers are not known for taking time out of their day to help strangers. To motivate users to be more generous in their photo question solving, new uCiC users are given 50 Karma points for answering a question, which they must then offer to people around the world for helping them out in their moment in need. Users who don’t earn Karma points by snapping answers wander blindly out into the big unknown, until they can earn some more points and get back into the game.

The opportunities for uCiC are endless. The app could be used for everything from finding lost keys to seeing whether your favorite flowers are in the market if you’re too busy to spend the time going there to find out yourself.

The app is also a powerful tool for staying on top of current events, and was recently used to receive live updates of the Ukrainian conflict directly from those experiencing it in real time. uCiC connects users to a community that gives them the power of foresight on their mobile devices.

uCiC is available for free download on the iTunes App Store and Google Play. uCiC recently won the award for “Best Mobile App,” both in online voting and at the live event at  the 2015 Mobile Apps Showdown.

Craig Corbett is a Scottish journalist based in Barcelona. He is principal at media incubator ESPACIO, senior writer for Publicize, and a contributor for Entrepreneur magazine. He covers startup culture, media relations and PR, and media strategies for growing companies.

The Waiting Game: How People Planned a Night Out Before Smartphones Made Everything Easy