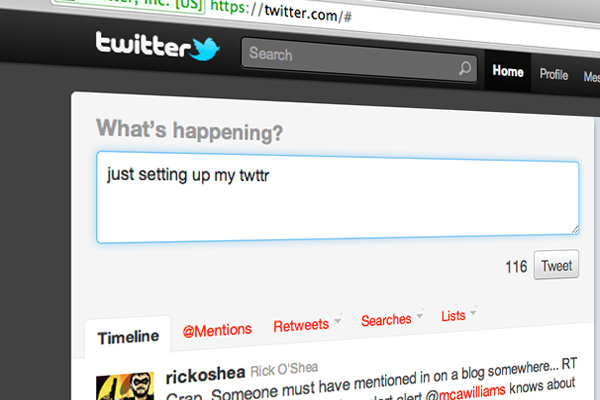 just setting up my twttr
1.53Kviews

Twitter (@twitter), the popular micro-blogging service, is celebrating its fifth birthday today. While much can be said about the platform’s phenomenal organic evolution since 2006, many question what was the first ever tweet tweeted on Twitter?

just setting up my twttr

just setting up my twttr

In fact, the first eight tweets ever were identical, with the eighth tweet coming from former Twitter CEO Evan Williams (@ev) iterating the same message.