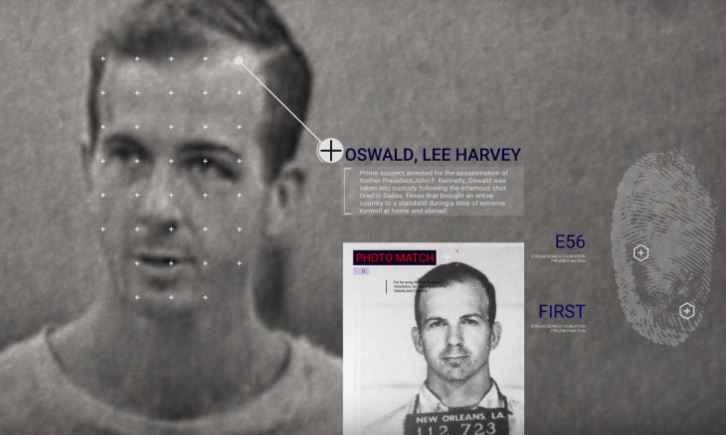 Just as the US government released a new batch of declassified documents last month regarding the JFK assassination, Microsoft began using Machine Learning and AI to make sense of handwritten documents.

The timing couldn’t have been more perfect. Tens of thousands of documents are now available through the US National Archives portal, Archives.gov, which provides JFK researchers with mountains of raw data.

We just ran all the content through, and right away you could see that the CIA, the FBI, and even Cuba were involved in all of this

Note: It was purely coincidental that the technology came out just when the US government released the JFK files. The above video is shown to demonstrate the capabilities of the technology, but not to infer any claims regarding the event that occurred years before the company came into existence.

However, many documents are handwritten, and searching through them to find keywords and subjects of interest can be an extremely laborious task when done manually.

According to the Microsoft Commercial Software Engineering (CSE) team, “One of the great advantages of the shift from physical to digital documents is the fast and effective search and knowledge extraction methods now available. Gone are the days of reviewing documents line-by-line to find particular information.”

Data scientists Patty Ryan and Tingting Zhao note on the Microsoft Developer Blog that some of the main challenges in achieving acceptable extraction accuracy when applying traditional search and knowledge extraction methods to handwritten documents are poor document image quality and handwritten annotations.

The team; however, leveraged a service called Microsoft Cognitive Services that was able to save researchers “hours of review time” when applied to handwritten documents.

Back on the John F. Kennedy research front, Microsoft Principal Software Engineer Corom Thompson said, “What we’ve found is that you can actually take AI and the Cloud, and have it do all that reading, have it do all that understanding, and then surface to you the most relevant bits of information.”

Microsoft Principal Software Engineering Manager Brian Smith added, “And while we’re going through this process, it just so happened that the government released all of their files from the JFK investigation. This is like 60 years of typed and printed and handwritten and photographs and evidence and all these things.”

“We just ran all the content through, and right away you can see that the CIA, the FBI, and even Cuba was involved in all of this,” added Thompson.

In February 1962, President John F. Kennedy proclaimed an embargo on trade between the United States and Cuba, in response to certain actions taken by the Cuban Government, and directed the Departments of Commerce and the Treasury to implement the embargo.

The vast majority of the Collection (88%) has been open in full and released to the public since the late 1990s. The records at issue are documents previously identified as assassination records, but withheld in full or withheld in part.