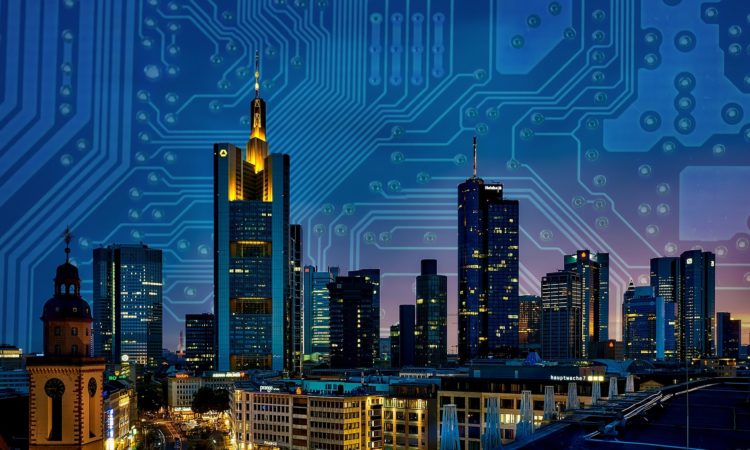 The Association of Southeast Asian Nations (ASEAN)-Korea Youth Network Workshop is bringing out ideas from participating youth for sustainable solutions to pressing urban challenges like waste and traffic management. The Sociable spoke to Mr. Ha Chae-Kyoun, Academic Officer, Information and Data Unit of the Asean-Korea Centre, on what it was all about. Two of the participants also related their experiences to us.

The Seoul-based ASEAN-Korea Centre conducted the ASEAN-Korea Youth Network Workshop under the theme of ‘Sustainable Smart Cities: Molding the Young Pioneers of Smart & Innovative Urban Solutions’ to raise awareness about regional challenges and promote collaboration among the youth of ASEAN and Korea.

With the emergence of Industry 4.0, smart technology is seen as hope for alleviating the adverse effects of urbanization

“With the rapid urbanization in the ASEAN region, many cities face challenges like city congestion, environmental pollution, and deteriorating water/air quality. With the emergence of Industry 4.0, smart technology is seen as hope for alleviating the adverse effects of urbanization,” said Ha.

When given tasks to propose policies with regard to sustainable smart cities, participants pointed out the significant increase in the amount of waste generated by everyday human activities. Thus, they emphasized the impact of lack of waste management on quality of living and consequential damages to the environment.

Several ASEAN countries including Cambodia, Myanmar, and Thailand were referred to in the student policy proposals, and the key recommendations submitted were raising awareness for waste management issues among the general public, adopting a stakeholder approach, and devising appropriate government policies.

Some practical suggestions came like reverse vending machines and using plastic waste as alternatives to asphalt to pave roads.

“These incentivize people to recycle and offer remuneration for every rubbish they recycle. The vending machines accept any sort of recyclable rubbish, scan the rubbish, and pay back to those who bring recyclable objects,” says Ha.

Read only: Southeast Asia is lighting up with smart cities

Furthermore, the need for an innovative R&D center was presented to advance research capacity and develop technology to metamorphose recyclable materials into useful objects for good causes.

A call for waste reduction and the importance of recycling campaigns was also suggested. For instance, ‘Zero Waste Days’ and ‘Trash Segregation Days’ were proposed to prompt waste reduction at grass-root levels.

Some students also believed that education could play an important role in attitudinal changes to managing the waste. Besides, some major industrial businesses could be encouraged to use biodegradable materials in packaging household merchandise.

A stringent legal regulatory framework was suggested for manufacturers or individuals disregarding the applicable environmental policies. For example, enforcement or heavy taxes to deter overproduction of packaging.

A Malaysian participant, Ms. Nabeela Ami Binti Mohd Yusof, who is a Master’s student at Korea University of Technology and Education stresses the need to manage e-waste, which contain toxic heavy metals that can pose as a health threat as well as environmental.

My country is progressing towards its target of achieving ‘Wawasan 2020’ or ‘Vision 2020’. Smart city is a part of this vision

“An E-waste bin for people to discard their electronic devices is the best way to avoid such a scenario,” she told The Sociable.

Ha says that in general, participants recognized traffic management as a priority in many big cities. In particular, participants studied Malaysia, Philippines, and Vietnam.

“Suggestions included having many traffic cameras installed on the roads to monitor road conditions. This intelligent traffic control system encompasses collecting real-time information of the roads, thereby adjusting the duration of traffic lights efficiently,” he said.

Moreover, a rapid transit system was also proposed for efficiency, punctuality and reliability of public transportation. Though, to accommodate it, the need to upgrade existing roads to be adjustable to the new system was suggested.

“The public will need to be made aware of the benefits of taking public transportation. This means that practical policies are necessary rather than creating a blueprint for the future, which is not attainable at present. To design such a policy, considerations about the acceptability to society, culture and the existing infrastructure are crucial,” Ha said.

Participants drew policies from their lectures and site-visits in Seoul, where they witnessed how Seoul city is controlling its traffic at the Seoul Metropolitan Expressway Traffic Information Center, in coordination with Transport Operation & Information Service (TOPIS).

A Korean participant, Ms. Kang Seonghee, who is a Master’s student at KDI School of Public Policy and Management, related her takeaway from the Seoul visit to The Sociable.

They have been focused on technology to make cities smarter, but I believe that the government has to consider how to increase people’s participation and ownership

“During the site visit, I learned how urban expressways are managed by the city government. This is an efficient system to manage traffic congestion in big cities,” she said.

“I think it can be an alternative solution to reduce the amount of usage of vehicles and CO2 emissions. Thus, it is also a considerable option to deal with the traffic management system,” said the young participant, who has also lived in Seoul.

Applying to the Future

Ms. Seonghee, who is a student of international relations, public policy, and sustainable development, says she now has an insight about how to cooperate between governments to make cities more sustainable.

“I want to contribute to building partnerships like ASEAN Smart City Network (ASCN). Republic of Korea and ASEAN member states can cooperate in this field and share experiences,” she says.

She also believes that the concept of a smart city has to be more collective, requiring partnerships across sectors.

Read only: Dutch govt to use blockchain for waste transportation automation with Belgium

“They have been focused on technological advances and adoption to make cities smarter, but I believe that the government has to consider how to increase people’s participation and ownership.”

Ms. Yusof feels hopeful about achieving a smart city in her country, Malaysia.

“My country is slowly progressing towards its target of achieving ‘Wawasan 2020’ or ‘Vision 2020’, which calls for the nation to achieve self-sufficient industrialized status by the year 2020. Smart city is a part of this vision,” she says.