HomeTechnologyR&D In Canada Is Heating Up: Here’s What’s Making The Country So Attractive For Deep Technology
Technology

R&D In Canada Is Heating Up: Here’s What’s Making The Country So Attractive For Deep Technology 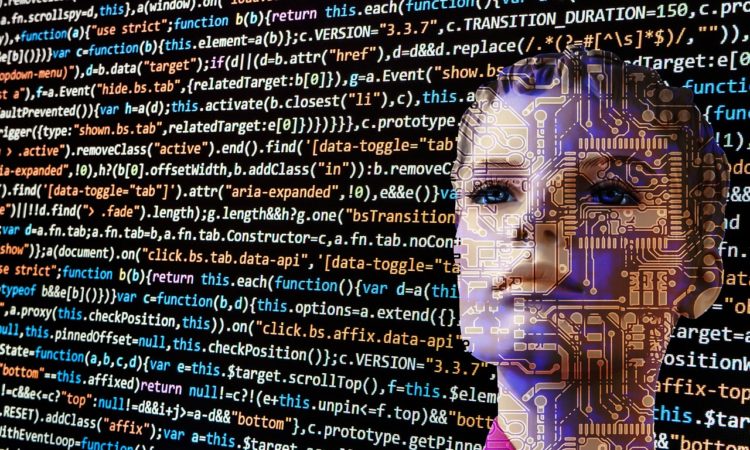 If robots ever took over the world, they’d invade Canada first. The country has cemented itself as a chief hub for AI development in recent years – and its $125 million AI strategy shows the Canadian government means business. Samsung also just opened its second biggest North American AI lab in Toronto to work in partnership with its Silicon Valley team, pioneer R&D development in the region – and you know, prepare for the robot invasion.

With innovative universities and government support, Canada is an attractive deep technology hub for a range of reasons. However, one could argue it still hasn’t caught up to hubs south of the border – namely, Boston and California. Here’s how the Canadian R&D scene for deep technology is already heating up, and how certain strategic partnerships can help it really catch fire.

Deep technology R&D in Canada is far beyond its infancy, and big tech players have taken notice of what’s transpired in the country. In fact, a number of Canadian cities have established themselves as innovation hubs – and their universities have been dominant, driving forces helping to make it happen.

For example, in Montreal, tech players like Microsoft and Google have significantly expanded their presence in the region through both organic growth and strategic acquisitions. Way back in 2016, Google opened an AI research lab in the city and invested $3.4 million USD for AI research done at the Institute for Learning Algorithms at the University of Montreal. A year later, DeepMind announced it’d be opening another AI lab in Montreal in collaboration with McGill University.

Microsoft has also actively pursued the Montreal AI scene – they acquired deep learning company Maluuba, focused on natural language processing. Soon after, Microsoft then announced plans to double the size of its AI R&D group in the city.

One province over, the Toronto-Waterloo tech corridor is another region leading the way. The University of Waterloo, specifically, has always been a leader in commercializing university research. For one, because it boasts one big differentiator: university professors are able to become part of the startup, and the school doesn’t block the rights to the technology – making it easier to find investors, get acquired, or merge with another company. For example, Maluuba was developed at Waterloo, and of course, later bought by Microsoft.

Albeit being significantly smaller, Fredericton can also be applauded for its innovations around cybersecurity – the Maritimes city boasts the Canadian Institute for Cybersecurity at University of New Brunswick, for example.

The runway of a venture can be extended with government support

Due to the range of government support at their fingertips, Canadian startups can accomplish more with less. For investors, this is a huge perk: they can invest smaller rounds, however startups still have optimal resources to succeed. Think of it like a discount on the company share.

Canada offers upwards of 100 funding options for businesses based on region, as well as for immigrant entrepreneurs, aboriginal entrepreneurs, and those transitioning out of the Canadian Forces. Just this year, the government also announced Invest in Canada to incentivize foreign investors and make it easier for global businesses to move into the country – and thus, create jobs.

Further, Canada boasts what it called the Innovation Superclusters Initiative (ISI). The country devoted $950 million CAD ($7.3 million USD) of its budget between 2017-2022 to support innovation in regional ‘clusters’ around the country, and co-invest with private sector players – including those in the AI Power Supply Chain space in Quebec, where Montreal is located.

Other clusters included in the funding are Digital Technology in British Columbia, Protein Industries in the Prairies, Advanced Manufacturing in Ontario, and the Ocean Supercluster in Atlantic Canada. That said, some regions with strong R&D have been missed in getting government cluster support, such as Ottawa-Kanata, which boasts a strong telecom and autonomous vehicle sector. Mitel, for example, is headquartered in the region.

So not only do companies focused on deep technologies have a huge runway of government funding – which yes, makes them more attractive to investors – but the government also offers investors an incentive to support them. It’s a double-sized win (or for a Canadian audience, a double double).

How the Canadian scene can really catch fire

Yes, Canada is an attractive R&D hub for deep technology – why else would big players like Microsoft and Google be drawn to it? The reality is, though, that Canada hasn’t necessarily caught up to America hubs like Silicon Valley or Boston when it comes to commercializing research. But that’s not to say it can’t happen.

It’s imperative for Canada to create solid ties between the private sector and the country’s top universities to spin research off into companies. There has been the initial spark of startup commercialization; Montreal-based TandemLaunch works with entrepreneurs to turn university research into technology companies, for example. Still, many universities are making more money by licensing inventions to big corporations, which are then used to establish spin-offs.

But now, imagine if Canada had a more incentivized system for building new companies. Think providing tax benefits to both the university and the professor to commit their inventions to a startup, for example – and large tech players tax incentives to fund them.

Marco Janeczek has co-founded several companies in Canada and Italy. He has over 10 years of Canadian and European experience in the internet industry. He is also the founder of L-Spark, Canada’s leading accelerator for Software as a Service (SaaS) companies.
view all posts