Capitol Hill is getting to grips with cryptocurrency 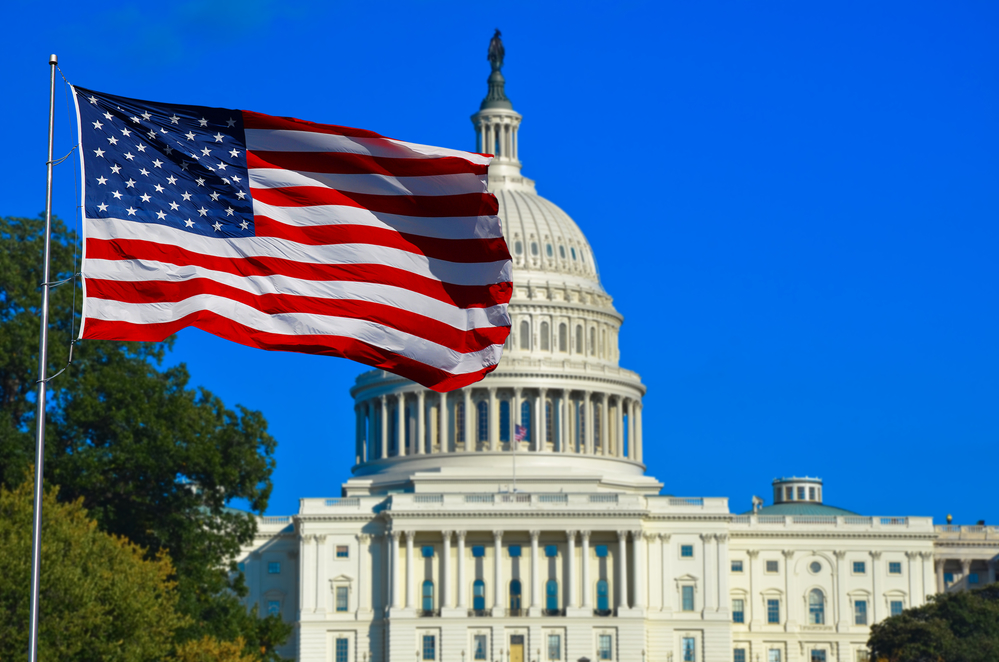 The past 10 days has seen a presidential tweet regarding Bitcoin, the treasury secretary holding a news conference on cryptocurrency, and hearings on Capitol Hill in relation to Facebook’s new cryptocurrency, Libra.

How has all of that activity informed us as to the role cryptocurrency will play going forward?

I am not a fan of Bitcoin and other Cryptocurrencies, which are not money, and whose value is highly volatile and based on thin air. Unregulated Crypto Assets can facilitate unlawful behavior, including drug trade and other illegal activity….

Donald Trump’s tweet on July 11 is significant simply because cryptocurrency has arrived at a point where it’s deserving of the American president’s attention.

It doesn’t matter that he was critical of both Bitcoin and Libra.  Coinbase founder and CEO, Brian Armstrong tweeted in response that he “dreamt about a sitting U.S. president needing to respond to growing cryptocurrency usage years ago.”

Achievement unlocked! I dreamt about a sitting U.S. president needing to respond to growing cryptocurrency usage years ago. “First they ignore you, then they laugh at you, then they fight you, then you win”. We just made it to step 3 y’all. https://t.co/N3tzUKELaK

The milestone alludes to the ever expanding position cryptocurrency holds in the public discourse surrounding money — and in particular, digital money.  This was just one of a series of events over the past two weeks that seems to suggest that people within the corridors of power in the US now appreciate the threat that cryptocurrency poses.

Shortly before Trump’s tweet, Jerome Powell, Chairman of the Federal Reserve, likened Bitcoin to gold, describing it as a speculative store of value.  Powell made the comments in Senate Banking Committee testimony.

In a press briefing last week, Treasury Secretary Steve Mnuchin, followed on from Trump’s lead in being critical of cryptocurrency.

measured and fair, in my opinion. very impressed by the level of nuance here.

Other industry commentators were equally inclined to take a sunny disposition towards the comments. Barry Silbert of Digital Currency Group tweeted that Mnuchin’s briefing was a “complete and total validation of Bitcoin”.

Whilst Bitcoin may be a challenge to governments, the decentralized cryptocurrency equally has its own vulnerabilities when it comes to governments on the scale of the US.

Trump and Mnuchin’s comments led also to a consideration of the possibility of a ban on Bitcoin.  Economist and stock trading expert, Alex Krüger, pondered the notion in a series of tweets.

It appears that an outright ban would be unconstitutional — in breach of the individual’s First Amendment rights.  Bitcoin is code; code is speech, and code should have the same constitutional protections as other forms of speech.

US regulators could surmise that digital assets are too volatile to be sold to retail (non-accredited) investors.  Otherwise, as Trump has done with the Venezuelan digital currency, the Petro, the US president could also issue an executive order banning US persons from dealing in Bitcoin.  A ban (of sorts) is not a foregone conclusion, but it is a possibility.

In the case of Facebook’s Libra project, it’s entirely different in nature.  David Marcus, the co-creator of Libra, was grilled over two days by both the Senate Banking Committee and House Financial Services Committee.  He drew the ire of many politicians on the Hill due to Facebook’s past privacy issues.

With Libra, the real governmental concerns relate to systemic risk, together with a fear that big tech is becoming too powerful.  Whilst both hearings skirted around a consideration of Bitcoin, Libra was the prime topic at hand.

It was a recognition of the power Facebook has in delivering this on a world stage — with 2.4 billion Facebook users — that led to both houses hurriedly arranging hearings.

Whilst Marcus claims Libra is a decentralized cryptocurrency, in reality it is not.  With that, it will be much easier to manipulate such that regulators and government deem it to be acceptable ultimately.

One chink of positivity that shone through from the hearings was an openness to innovation amongst legislators.  Whilst the extent of the knowledge of cryptocurrencies varied amongst committee members, it certainly seemed that most of them wanted to safeguard the US position in the development of this new technology.

Marcus came in for some criticism due to the Libra Association having been established in Switzerland.  It was suggested to him that this decision was made due to Libra trying to evade the reach of US regulation.

However, the reality is that the regulatory environment for cryptocurrency in the US is not very friendly.

The regulatory regime works off the back of securities laws that date back to a time when cryptocurrencies were decades away from being a reality.

Thankfully, there are progressives on the Hill such as Warren Davidson who recognize this fact.  Davidson is trying to get the Token Taxonomy Act passed, which would mean crypto tokens would be exempt from securities laws.

It was encouraging that there seemed to be a lot of enthusiasm for cryptocurrency amongst committee members.  Congressman Tom Emmer welcomed the fact that Congress had “finally decided to pay attention to the technology that could again, just like the internet, upend the way we do everything.”

Prior to the second hearing, Rep. Patrick McHenry told CNBC’s Squawk Box that “there’s no capacity to kill Bitcoin.”

There was one prominent dissenting voice provided through California-based Democrat, Brad Sherman. Sherman had spoken out in Congress in May calling for the introduction of a bill to ban all cryptocurrencies.  He reiterated his disdain for both Libra and Bitcoin at last weeks hearing.

Our legislators and regulators can’t kill cryptocurrency, but they can seriously retard its development.  For that reason, it will be necessary that the more progressive voices on Capitol Hill come to the fore.

In the meantime, the short-to-medium term future of cryptocurrency remains vulnerable to various forms of governmental intervention.