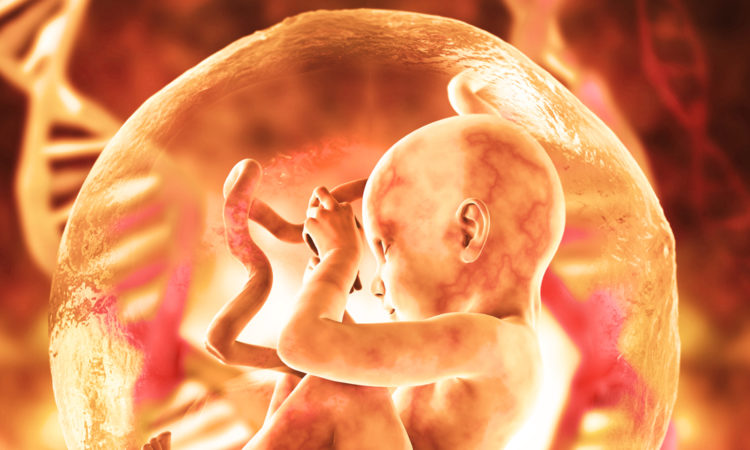 Scientists have found a new genome that has to be awakened to begin life. As science and technology enable us to find out more about how life begins, is genome awakening comparable to ensoulment in different religions?

What are the different interpretations that exist regarding ensoulment or awakening of consciousness in an embryo?

When Is It A Baby? Do People Know When Life Begins? https://t.co/CoNnlKp6S7

First we’ll take a look at genome awakening from a scientific perspective, and then we’ll dive into the spiritual side of the beginning of life debate from the point of view of different religions.

Whether the view taken of the fetus is scientific or religious, in the end, there are striking parallels where science and religion unite.

The Beginning of Life From a Molecular Standpoint

Last month, a research team from Yale University discovered that within hours of fertilization, a unique genome forms from chromosomes contributed by the egg and sperm.

This new genome is initially inactive and has to be “awakened” to begin the transcription of its DNA and start embryonic development.

This is a significant step in developmental biologists’ search to find the exact time when life’s first step happens.

“This is the beginning of life from a molecular standpoint. What hasn’t been clear is how and what kick-starts the transcriptional activity of the embryonic genome, so that the embryo starts taking control of its own development with its own genetic blueprint,” Antonio Giraldez, the Professor of Genetics and chair of the Department of Genetics at Yale told Science Daily.

The researchers also developed tools to visualize the first activated gene in the zebrafish genome, known as miR-430, and trace the gene’s activity in living embryos.

“Now we can visually look inside the nucleus and analyze how the first gene within the silent genome is awakened,” Shun Hang Chan, lead author of the study and a doctoral student working in the Giraldez lab said.

How Religions View When Life Begins

Humankind has been curious about the start of life since ancient times. That’s the reason why the ‘fetus’ is viewed by many religions, mythologies, and philosophies as different versions of how life starts, some more elaborate and even fantastic and miraculous.

According to the book, “Embodiment, Morality, and Medicine” by Lisa Cahill and Margaret Farley, in religion, ensoulment is the very moment at which a human being gains a soul.

While some religions say that a soul is newly created within a gestating child, religions that believe in reincarnation see the soul as pre-existing that enters a new body.

Other religions say that ensoulment occurs at the moment of conception, or when an infant takes its first breath after birth, when the nervous system and brain form, when the first brain activity or heartbeat occurs, or when the fetus becomes viable (i.e., has the ability to survive outside the uterus).

Could this recent research on genome awakening help us understand not just how life begins but also help understand how different religions view it?

The view of early Christians on the moment of ensoulment is said to have been Pythagorean, which says that the soul was infused at the moment of conception. However, another view that only a formed fetus possessed a human soul also became a belief some time later, resulting in the ongoing ‘pro-life’ and ‘pro-choice’ argument.

Dr. Patrick Lee, a Christian bioethics scholar told The Sociable that he believes that unborn human beings have sensory awareness, and not just differential responses to stimuli.

Lee says it may be that different researchers are using different methods for reaching a conclusion.

Lee also refutes the claim that a being isn’t a person until he or she is self-conscious.

“Unborn humans are actively developing themselves to the stage where they will be actually self-conscious even if they don’t have the immediately exercisable capacity for that at that stage of development.”

According to a 2009 paper, “The Leaping Child: Imagining the Unborn in Early Christian Literature,” Christian literature of the first and second centuries CE contains few references to unborn children, however, God is considered the creator of the ‘preborn’.

“For You formed my inward parts; You covered me in my mother’s womb. I will praise You, for I am fearfully and wonderfully made; marvelous are Your works and that my soul knows well. My frame was not hidden from You, when I was made in secret, and skillfully wrought in the lowest parts of the earth. Your eyes saw my substance, being yet unformed, and in Your book they all were written, the days fashioned for me, when as yet there were none of them.” — (Psalm 139:13-16, NKJV).

The miracle birth of Jesus Christ to the human virgin Mary emphasizes the belief that Jesus was God’s son, hence a mix of the divine and the human.

Edited excerpts from the 1997 published “The Tibetan Art of Parenting – From Before Conception Through Early Childhood,” by Anne Hubbell Maiden and Edie Farwell says that the Buddhist view of birth is spacious. The concept takes into account vast cycles of death, bardo, a name given to the state between death and rebirth, and rebirth.

Those who die go into bardo searching for the right conditions for the next rebirth. They say the being actually sees various couples having intercourse and is karmically attracted to specific parents by their special energetic qualities.

According to Dr. Lobsang Rapgay, a Buddhist scholar and research psychologist at UCLA, when an intermediate being comes into a body, it experiences various sensations, in accordance with the karma of past lives. “The sensations depend on one’s own state during conception, the qualities of the parents, and one’s karma,” he says.

Although the exact moment of conception may not be known, according to Tibetan Buddhist Practitioner, Dr. Lobsang Drolma, a couple can feel more bliss than usual, thereby knowing they have conceived.

Dr. Rapgay also says that when the wandering being enters the womb, the trauma of coming into physical existence blocks the memory of all past experiences. Later, while going through gestation and birth, consciousness comes alive.

When the egg is fertilized, the mind stream enters the egg, which becomes a sentient being at the time of conception. In Buddhist philosophy, mind stream is the moment-to-moment continuum of sense impressions and mental phenomena, which is also described as continuing from one life to another.

Hinduism, Jainism, and the Aristotelean View

In Hinduism, the ancient scripture, Atharvaveda, describes conception, fetal development, mechanism of labor, as well as management of parturition.

In texts of Jainism, dreams often foretell the virtue of a coming child. These prophetic dreams that the mothers experience upon conception, provide a glimpse of the intrauterine lives of Jain heroes. Often, these dreams and other events surrounding the hero’s time in the womb mirror what happens to him in his life beyond the womb.

In Aristotelean times, a belief prevailed that the human soul entered the forming body in a womb when it was 40 days old if it was a male embryo and at 90 days if it was a female embryo.

Quickening was a term used to describe the time when a pregnant woman began to feel or perceive fetal movements in the uterus, meaning the presence of a soul.

A Matter of Semantics?

Whether the view taken of the fetus is scientific or religious, in the end, these views are likely to merge. A look at the various views that religions of the world hold about the origin of life in the womb indicate a scientific and philosophical quest, based in logic and evidence of the times.

Religion calls it ‘soul’, science calls it ‘sentience’; one ‘ensouls’ a body, while the other might ‘awaken’ genomes in it.

Still, in their own way, both religion and science are seeking answers to the same question — that exact moment of the origin of life.