HomeTechnologyDigital Immortality and the Book of the Dead
Technology

Digital Immortality and the Book of the Dead 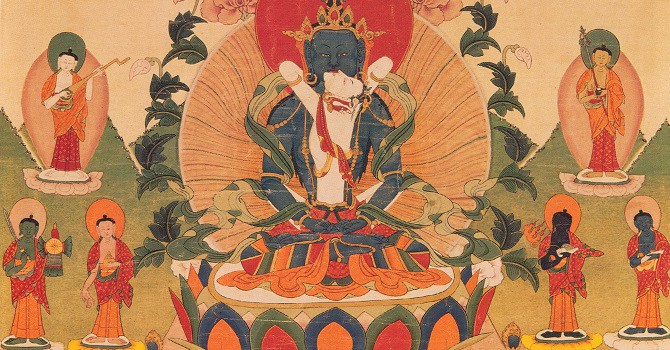 Digital immortality through merging the brain with Artificial Intelligence in a brain-computer interface is already well underway with companies like Elon Musk’s Neuralink.

Many ethical questions arise when considering AI-human hybrids, but one in particular relates to what it truly means to be conscious and what we call “death.” Can consciousness really die, or can it be preserved digitally? If we do merge our brains with AI, what happens after we die? Who or what is really in control of our thoughts, feelings, or actions; is it us or the AI?

At the hour of death’s coming, whose actions will be judged, ours or the AI’s?

The 4,000-Year Quest for Immortality 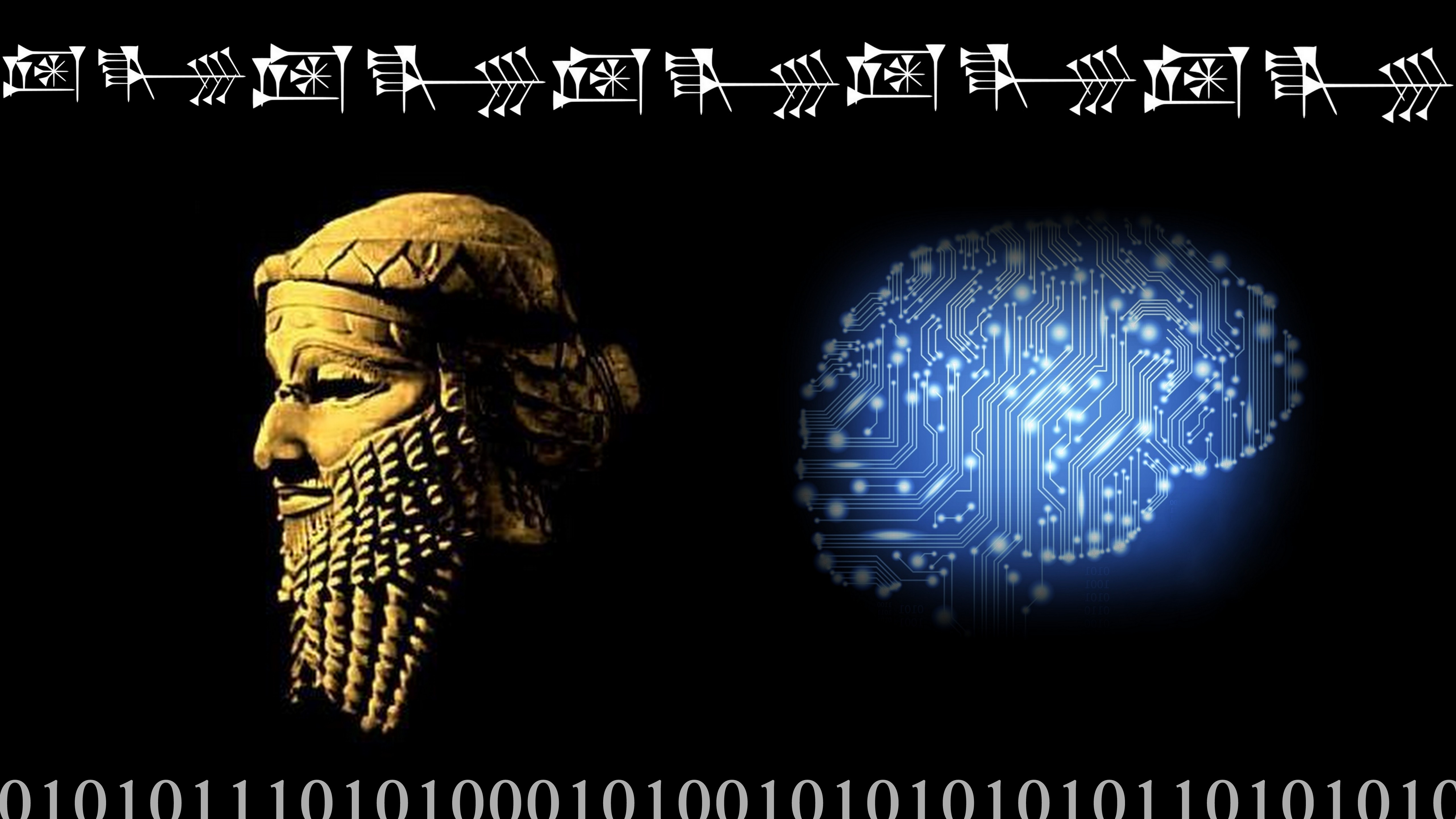 Humanity’s most ubiquitous quest throughout the eons has been the realization of its own mortality — that one day, we will leave our physical bodies and our legacy is all that will remain.

The oldest-known written record on Earth chronicles the Sumerian king Gilgamesh’s epic journey through the underworld to achieve immortality over 4,000 years ago, yet this story continues to be played out.

Now in the digital age of information, we ask ourselves what if there were a way to preserve a fragment of our consciousness on the most connected matrix ever invented; the Internet? Could Artificial Intelligence be the answer for achieving immortality, or will it ultimately lead us to slavery?

It is clear in these two books, separated by thousands of miles and millennia, that consciousness does not die with body.

This is evidenced in modern times by reports of Near Death Experiences (NDEs), where people who have been clinically-declared dead on the operating table have no physical brain activity, yet they report hovering above their bodies and being able to see and hear everything that was going on, only to be later corroborated by those present in the room that what the patient “remembered” was actually true and accurate.

Memories Cannot Be Pinpointed in the Brain 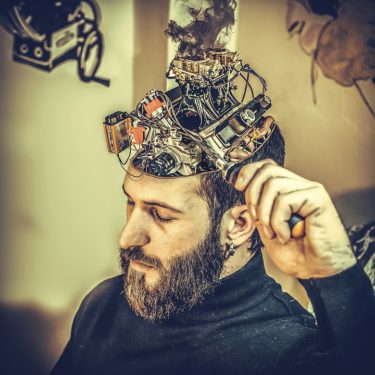 If someone has undergone a brain-computer interface, what will be left over after death? Can their conscious memories be stored digitally, or do they, too float away? When we think of super computers, we think of machines that can store huge amounts of data, as well as something called memory.

To a computer, memory is any physical device capable of storing information temporarily or permanently. At least with computers we know where memory is stored — in a physical device. The same cannot be said about the memory of humans when trying to pinpoint a place in the brain. And this comes from shocking research published over 70 years ago!

In the 1940s there was a debate among scientists of whether or not it was possible to pinpoint an area of the brain responsible for memory. The leading theory of the day was that memory was localized in a specific region of the brain.

In his book, The Holographic Universe, Michael Talbot related the story of how the holographic brain theory was born.

When neuropsychologist Karl Lashley began dissecting rat brains in 1946, he found that although the rats’ motor skills were severely impaired after the procedure, they still ‘remembered’ how to navigate a maze they had been trained to run.

An Indiana University biologist, Paul Pietsch, took the theory one step further in trying to prove Lashley and his contemporary, Dr. Karl Pribram wrong. After Pribram published his first article on the possible holographic nature of the brain in 1966, Pietsch took the brains of live salamanders and sliced, diced, rearranged, and even burned sections with a curling iron, and none of these had any effect on memory whatsoever.

The scientific conclusion? Memory acts like a hologram in that all the information is dispersed in every tiny fractal of the brain.

The astonishing realization that the whole is encoded in every part of the brain was then taken even further as a means to describe our universe.

If human memory acts like a hologram, can that not too be stored digitally; say in a chip or on the cloud?

The Weighing of the Heart

“May I know the body to be impermanent and illusory.” – The Tibetan Book of the Dead

If memories cannot be pinpointed in the brain, where exactly are they, and how can we create an AI based on natural models if we don’t understand the basic principles of memory and consciousness? Perhaps there is an element of spirit involved.

The connection between consciousness and spirit are deeply entwined with living a moral life in both the Tibetan and Egyptian books of the dead. The more virtuous the life led, the more opportunities for advancement in the spiritual world.

In the Egyptian Book of the Dead the deceased’s heart is weighed against a feather to measure its purity in life. If the heart weighed more than the feather because of past bad deeds, the soul was devoured by a crocodile-headed monster. If the heart weighed less than a feather, then the soul could continue on through the afterlife.

When death does finally come for us all, will our own actions be weighed against the feather, or will our fates be entwined with the AI? Who would really be calling the shots in our lives?

Likewise, in the Tibetan Book of the Dead one must journey through the intermediate states of life after death and before rebirth where the dreamlike landscape can be confusing, terrifying, or even blissful, depending on how virtuous a life was lived on the so-called three-dimensional realm of existence.

Karmic Entanglement in a Conscious Universe

The books of the dead suggest that consciousness is karmically entangled with morality in that consciousness, not being restricted to any physical body, flows between different realms of time and space, depending on our karma.

“When I am unprotected, and karmic influences have to be followed here,
I beseech the Conquerors, the Peaceful and the Wrathful, to protect me;
When suffering miseries, because of the karmic influence of propensities,
Let it come that the blissful Samadhi of the Clear Light may dawn upon me.” – The Tibetan Book of the Dead

But Planck wasn’t the first to observe this phenomenon. “We are what we think, all that we are arises with our thoughts, with our thoughts we make the world,” is a quote attributed to the Buddha, Siddhartha Gautama.

Dr. Stanislav Grof, a pioneer in transpersonal psychology and psychedelic research since the 1960s, was one of the earliest proponents of the concept that consciousness is not an epiphenomenon of the brain as mainstream science suggests.

Instead of the brain acting as a generator of consciousness, Grof postulates that consciousness acts more like a TV or radio signal – if the TV or radio is damaged, the signal still exists.

In that respect, consciousness, which according to the books of the dead, flows within and without us, may actually create our reality, and we are the vehicles for its deliverance.

Some of the biggest fears of AI are that it will one day be able to outperform humans in every task and that it may one day take over our entire world, including weapons systems and governments. It may even decide that humans are a threat to the planet and decide that we are no longer necessary.

Apart from all the technical, logistical, and mathematical arguments that stretch from how jobs will be affected to how it will make our lives easier to how it will wipe us all out, the topic of spirituality or consciousness is almost completely overlooked or avoided.

What is needed, it seems, is a sort of divine spark or a passing of a biological torch that would birth consciousness into machines, but therein lies the paradox. Going back to what we discussed earlier, who would really be the driving force once humans are merged with machines, the mechanical AI or the organic human?

Without a physical, organic heart, or without some type of bodily function that regulates emotions or empathy, how can love or compassion manifest? Intelligence can be obtained, but without heart or spirit, can an AI act ethically towards humans? How would it even interpret ethics? We shall leave that to the programmers for now.

Artificial Intelligence can mimic many human behaviors, and may even be very convincing now or in the near future, but it cannot consciously feel emotions. 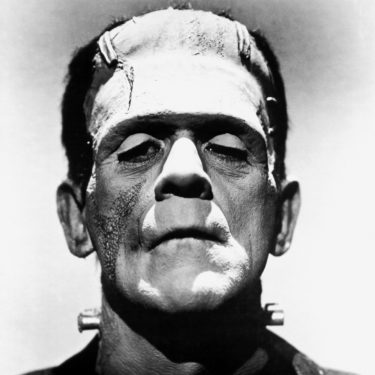 I spoke with philosopher and professor at the City College of New York, Lou Marinoff, who was moderating a panel on the future of work and digital disruption at the Horasis India Meeting in Malaga, Spain on June 24, who said, “This is the real challenge for the future; to somehow be able to imbue machines that work with and for people with a sense of human ethicity, otherwise we’ll always be worried about the Frankenstein model.”

“Like with anything else now, and this goes back to ancient Buddhist teaching and other Western teachings, it’s either medicine or poison. It can be used in either way. So, for example if you wanted to learn a language, it would be a lot easier to plug the chip in and then get those neurons firing, absorb the vocabulary, and probably in a relatively short time you could probably be fluent in Mandarin without having to take all the pain and the practice.

To the programmers of AI, I leave you with the final words of the Tibetan Book of the Dead:

“Let virtue and goodness be perfected in every way.”

The Sociable2 hours ago