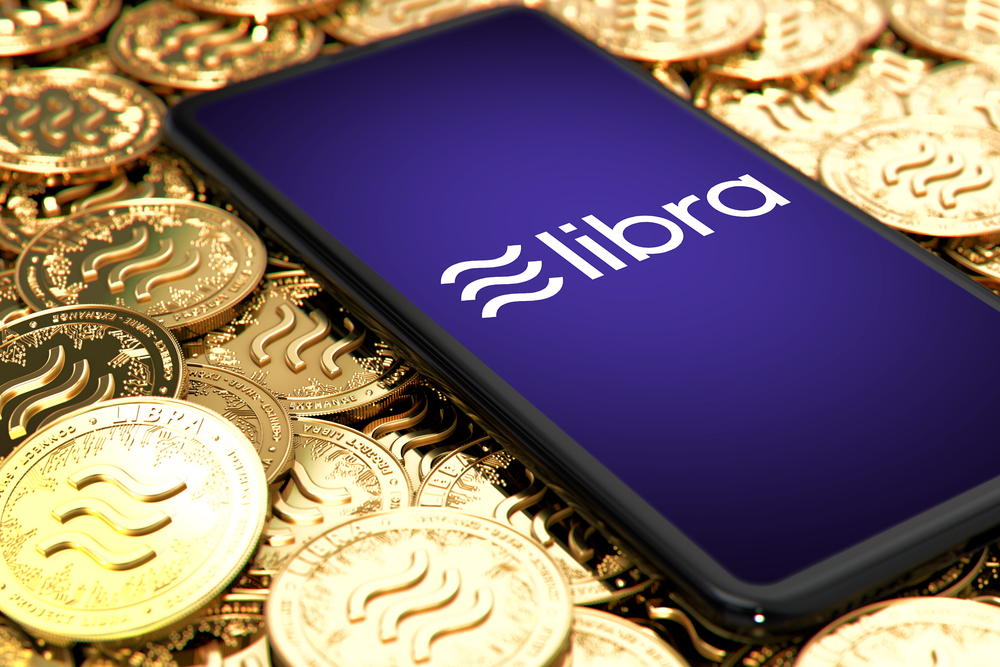 Surprised to see ‘philantropist’ and ‘Facebook’ in the same sentence?  I’m as surprised as anyone, yet I came to write it, and I’ll tell you why.

The public perception of Facebook has been such recently that it’s not trusted and is not seen as a force for good in the world.

With the upcoming launch of Facebook’s cryptocurrency, Libra, will the laws of unintended consequences apply and will this result in it inadvertently effecting positive change?

At The Sociable, I and others have written about concerns surrounding Facebook and its treatment of customers.

These have ranged from consideration of the Cambridge Analytica scandal, concerns about its relationships with US intelligence agencies and doubts surrounding a proposed change of direction the company suggested it was seeking to make via the use of blockchain technology.

There’s little to demonstrate that the characteristics of the company have changed. Last Tuesday, the Mountain View, California-based internet giant released the whitepaper for its cryptocurrency, Libra.

The notion is abhorrent to the cypherpunks and decentralized cryptocurrency purists.  And yet, despite itself, Facebook may have given rise to something that could make a positive societal impact. 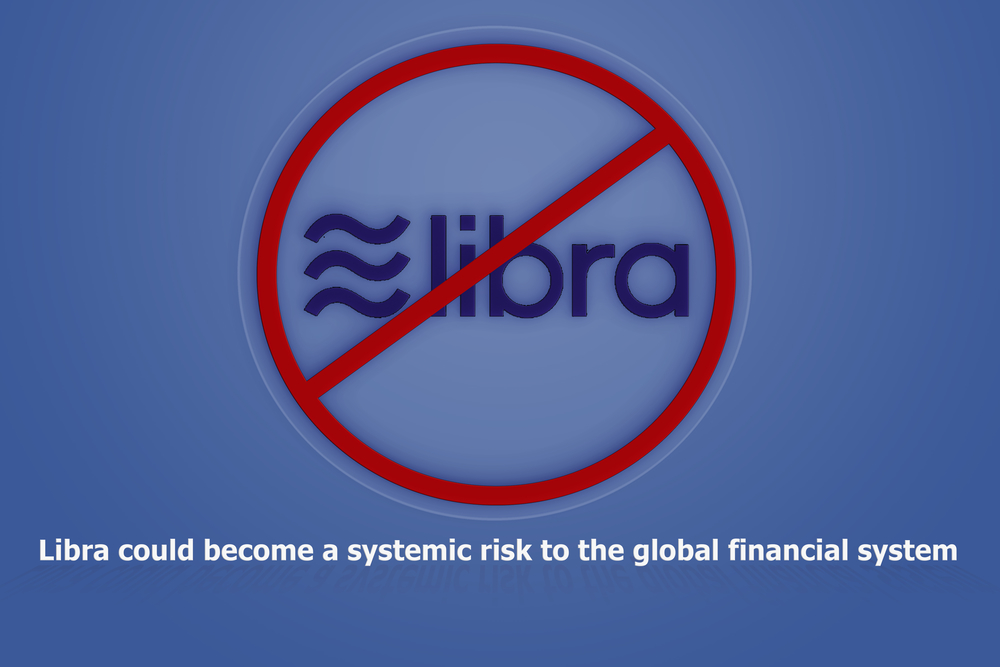 Banking has remained an industry that has been largely untouchable.  It has seen innovation through technology and there’s no doubting the widespread use of technology in the sector.  However, for an age, the establishment banking firms have remained undisrupted from outside forces.

This pivot by Facebook from the technological base of social media to financial services could be classed as the first time these financial incumbents have faced a threat from a Silicon Valley giant.

In structuring Libra Facebook has set up an independent entity, The Libra Association, in Switzerland.  It has partnered with a confederation of 28 prominent businesses.  Yet not one of these member companies comes from the conventional banking world.

Following the publication of the Libra whitepaper a broader discussion is emerging about its implications, particularly as it relates to modern day financial services.

Speaking at the Brainstorm Finance conference in Montauk, NY, Bank of America CEO Brian Moynihan stated that the bank wanted to see the development of a “cashless society.”  And yet some accuse the cornerstone American bank of blocking progress.

Bank of America is one of the largest holders of blockchain related patents in the world.  Despite this, it’s Chief Operations & Technology Officer, Cathy Bessant, stated earlier this year that she was skeptical about the use of blockchain technology.

Equally, many in the cryptocurrency and blockchain industry are skeptical of Bank of America’s motivations – levelling criticism at the bank with the suggestion that it is patent trolling.

We can say what we want about Facebook and the degree to which its new offering is anything close to resembling a cryptocurrency, but it’s likely to motivate the banks in implementing technology that’s in their customers interests.

There is much in our banking systems that are not in the public interest.  In the US, the Federal Reserve is expected to subsidise banks to the tune of $36 billion in taxpayers money in 2019.

That comes about through the payment of interest on excess reserves (IOER).  Yet there shouldn’t be any need to make these payments out of public monies.  Banks pay out little in the way of interest on monies held and so the benefit is not passed on to the consumer.

Whilst it’s not going to initially, (probably due to the fact that Libra would then be classed as a security), it could very well offer interest payments to customers who hold Libra currency.

This scenario would shed light onto how our banking system works and the ills of it from the point of view of the consumer.  It would force the banking establishment to respond.

There’s an irony to this subsidization given the capitalist nature of the banking fraternity.  And yet, there are previous examples of the public having to stump-up to cover the bankers expenses.  In many jurisdictions throughout the world during the financial crisis of 2007-2008, public monies were used in order to bail out banks due to policies they had enacted which facilitated short term financial gain.

The citizens of many nations are still struggling to deal with the fallout, following the nationalization of those debts.  That bad practice by the banks also resulted in the policy of ‘quantitative easing’ – a practice of printing FIAT money.

Whilst the policy shored things up in the shorter term, it has led to greater wealth inequality.  Furthermore, the full affects of the policy won’t be known until economies are weaned off it – if they can be weaned off it.

If a move towards Facebook’s cryptocurrency lays bare issues with banking, it can’t help but to do the same with regulation and policy.

As suggested above, Facebook will not pay interest to holders of its Libra coin upon launch.  However, it’s likely that it wants to but for our outdated securities laws.  If the company paid interest, then the project could be classed as a security offering.

The development of cryptocurrency and blockchain has also brought wayward projects and scams.  However, it’s as much an issue of the regulators failure to regulate or to update regulation so that its fit for purpose.  Many otherwise good projects are being held back as a consequence.

With a project on the scale of Libra, this topic is likely to come to the fore.

For the movement of money on an international basis, the business world has used SWIFT international wire transfer for many years.  And for personal transfers, companies like Western Union and Moneygram have fulfilled that market.

Facebook has over 2.3 billion monthly active users.  That’s one hell of a base to market this offering to.  Add to that the fact that Libra won’t involve transaction fees, and this offering is primed to disrupt the remittance market.

According to the World Bank, global remittances in 2018 accounted for a total of $689 billion.  Remittance costs average out at between 5-7%.  That’s a lot of friction in the world of money transfer.

As the largest group participating in that activity, lowly paid migrant workers bear the brunt of those costs.  If Libra is to make any traction, it’s in this area that it will do it.

Furthermore, if it is successful in this pursuit, the knock on effect will be a win for a societal grouping that can otherwise least afford such charges.

In Failure, Too Lies Progress

There is no guarantee that Libra will be successful.  Facebook has tried to get into the payments arena on previous occasions and failed miserably.

Regulators and central banks may yet thwart the project.  Politicians from around the world have already criticized Facebook’s plans.  A Senate hearing in the US is scheduled for next month in order to discuss the project.

In a tweet, Anthony Pompliano quoted what Treasury Secretary Steve Mnuchin said in a press release on Friday:

“We will not allow cryptocurrency to become the equivalent of secret numbered accounts [and] we will allow for proper use, but we will not tolerate the continued use for illicit activities.” — US Treasury Secretary Steven Mnuchin

$2 TRILLION of USD is laundered annually ?

Despite the resources available to Facebook, it is far from a given that this project will achieve its objective.  And even in such an eventuality, it still presents a potential win for society.  The exposure of deficiencies in our banking systems and in regulation could lead to improvements even if Libra itself doesn’t succeed; likewise in terms of the discourse surrounding cryptocurrency.

And yet, in the longer run, it may well pave the way for real decentralized cryptocurrency and the empowerment for society that it entails.

‘He wants to be a bot maker when he grows up’