The Miami-based fintech company is creating a new financial payment system where gold can be used as money in everyday transactions as easily as fiat currencies. 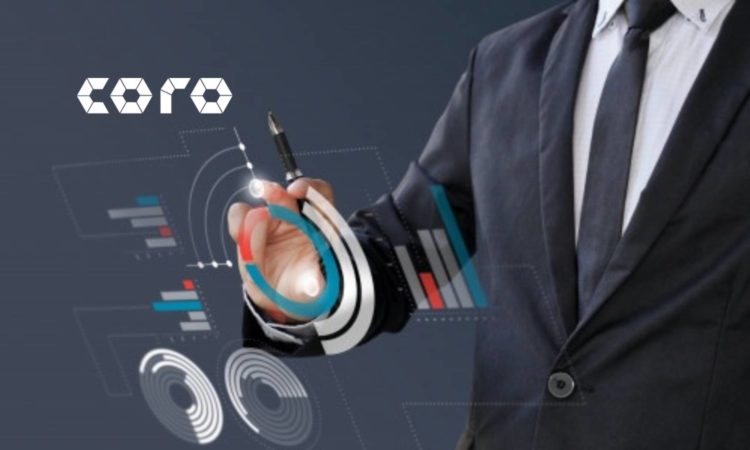 Last year was a banner year for innovative companies who capitalized on the new opportunities opened up in the market to contribute to society and the advancement of technology through high-impact solutions.

Coro Global Inc. is one of those quick-witted enterprises who decided to further leverage the timeless value of gold amid the coronavirus pandemic with a vision to lead toward a more sustainable world by enabling better social cooperation through resilient money.

Founded in 2018, the Miami-based fintech company is creating a new financial payment system where gold can be used as money in everyday transactions as easily as fiat currencies.

A firm believer in the worth of the universally accepted precious metal, which has been used as currency for more than 3,000 years, it launched its CORO app in August 2020.

It was around the time when the price of gold climbed to a record high as investors looked for havens amid surging COVID-19 infections that blighted prospects for a swift global economic recovery.

Gold prices retreated later in the year on expectations of a vaccine, but growing fears in 2021 about a new strain of the respiratory disease have again boosted its appeal.

The team behind the CORO app considers gold the most stable and trusted form of money and is combining it with what they say is the world’s most advanced and secure payment technology to offer a platform where customers can exchange, send, and save gold and dollars easily and securely.

In about seven months, the mobile-only app has achieved rapid approval and the company is now registering and onboarding residents of 25 U.S. states and the District of Columbia, which underscores the growing importance of using gold as money.

“We are very pleased to announce the granting of a new money transmitter license in the state of Virginia. This marks a significant milestone for Coro Global,” Brian Dorr, the company’s co-founder and COO, was quoted as saying in a press release published on February 24.

Coro Global intends to expand the availability of its gold payment app across the country over the course of 2021 and has its sights set on international markets such as Mexico and Canada.

For security reasons, the app is designed to be exclusively used on mobile phones and is not available through a web browser, as a desktop application, or for tablets.

The increasing significance of gold is clearly evidenced by organizations such as Tesla, which announced recently that it has authorized its treasury to invest in gold, and the Idaho House of Representatives, which  has approved a bill that, if signed into law, could allow the state government to protect state reserve funds from financial risk and inflation by holding physical gold and silver.

Furthermore, the Texas Teacher Retirement Fund owns around $1 billion in physical gold and the Ohio Police and Fire Pension Fund, which is currently valued at more than $15 billion, recently decided to shift 5% of its allocation into gold.

“In times when public companies, pensions and state regulators are looking for gold as the hedge against inflation, CORO is democratizing access to gold as money for everyone,” Dorr added.

“While much of the world is familiar with a different DLT called blockchain, hashgraph ushers in a new DLT era by being faster and more secure than blockchain. Major blockchain-based networks like bitcoin and ethereum are slow, consume enormous amounts of energy, and are vulnerable to attack. CORO offers something different, something better,” the company says.

All transactions on CORO, no matter how large or small, are instant and validated immediately. With the ability to complete up to 500,000 transactions per second, CORO is promoting itself as one of the fastest payment apps in the world–faster than credit cards and faster than blockchain.

Gold purchased through CORO will be stored in a secure vault with an independent party and is fully insured by the custodian, who keeps a daily record of each customer’s gold holdings.

A new feature will be launched in the near future which will make the gold balance available for withdrawal at any time, enabling users to get physical gold shipped safely to their doorstep.

The company says all transactions on CORO are private and that it adheres to rigorous information security policies and procedures regarding customer data.