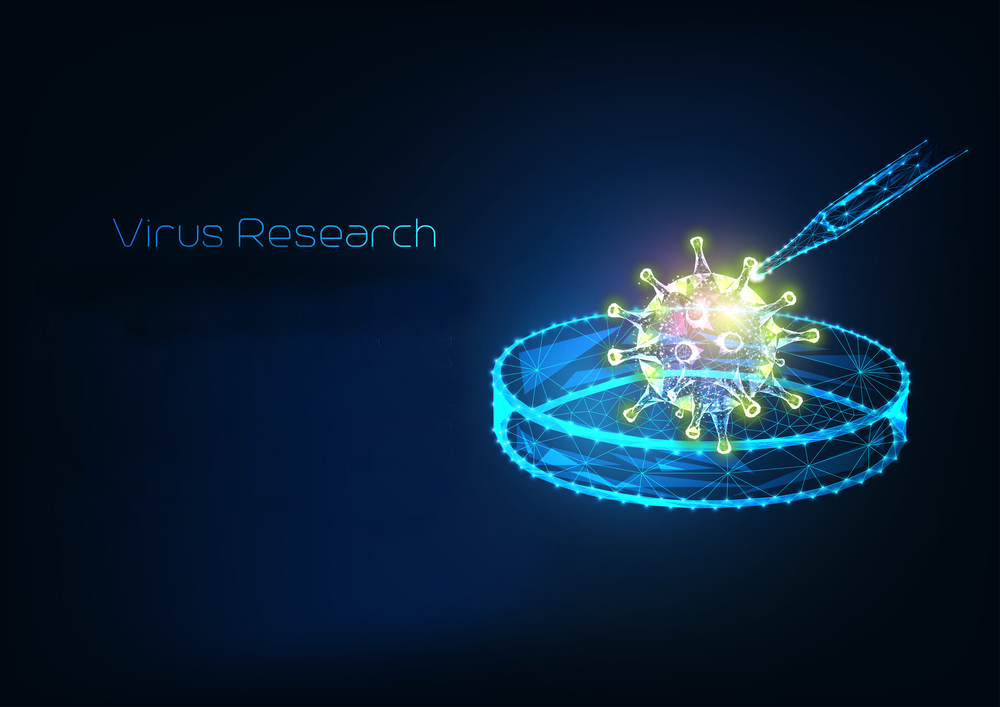 DARPA is looking to leverage several research programs with the aim of ending pandemic disease threats in response to the COVID-19 outbreak, according to the Voices From DARPA podcast.

The Defense Advanced Research Projects Agency (DARPA) looks to meet the coronavirus “on its own biological terms” through a portfolio of research programs that aims to end all pandemics.

“If they succeed, COVID-19 could become the last pandemic. This is not some Panglossian vision. This is hard science and technology that could take pandemic disease off of humanity’s already long list of worries,” said Voices From DARPA podcast host Ivan Amato.

In the latest podcast, Amato spoke of four specific DARPA portfolio research programs that when combined, could produce:

Here’s a brief look at the four DARPA programs mentioned in the podcast.

Through a combination of research programs, DARPA believes it has what it takes to end pandemics.

The first program mentioned in the podcast is the Detect IT with Gene Editing Technologies (DIGET) program, which “aims to improve our ability to detect any biological threat known or new to humankind, anytime, anywhere.”

The idea is to “provide actionable data for biosurveillance efforts such as characterization of known and emergent pathogens in circulation to inform countermeasure deployment,” according to the program description.

“Five years from now, when we have all of our DIGET devices up and running, first on the front end, we’re going to have unparalleled biosurveillance capability where we can look at every patient sample that comes in and look across a thousand different possible pathogens,” said DARPA program manager Renee Wegrzyn on the podcast.

“In fact, you know, envisioning every human pathogen that exists, if we just routinely look at that testing, that would be our opportunity to detect something very early, potentially even before an outbreak occurs,” she added.

Another way DARPA seeks to leverage in ending pandemics is through the PReemptive Expression of Protective Alleles and Response Elements (PREPARE) program.

The PREPARE program aims to leverage natural pathogen fighting genes and proteins already in our bodies.

One of the goals is “to develop a new approach by identifying innate host genetic defenses against threats and developing novel medical counter measures that can quickly activate and modulate these genes to boost protection—without altering the underlying genetic code.”

The program looks “to provide timely and robust protection against a broad range of threats.”

Many infectious diseases originate from animals. Zika came from monkeys, and SARS came from civets.

Swine flu comes from pigs, bird flu comes from birds, and it looks like coronaviruses come from bats, with new studies showing that COVID-19 may have jumped from bats to snakes and pandolins and then on to humans.

Conceived as a program “to diminish the threat posed by weapons of mass destruction,” DARPA’s Epigenetic Characterization and Observation (ECHO) program looks to create a handheld device that “would read someone’s epigenome from a biological sample such as a finger prick or nasal swab, and conduct analysis to reveal possible exposure events even when other physical evidence has been erased.”

According to program manager Eric Van Gieson, the handheld device that ECHO is working on might be able to identify when people are infected even if they don’t show symptoms.

“The handheld technology that Eric has been shepherding through development might be able to identify people who show no symptoms of infection but nonetheless are contagious or likely to become so,” said the podcast host.

“It’s all about identifying the earliest signs in a person’s body that he or she has been exposed to gravely threatening agents, including chemical, radiological, and biological weapons, or to natural threats like infectious pathogens.

“The technology should be able to tell us if someone has been exposed to a particular virus, exactly when, and how that person is likely to respond to an exposure,” he added.