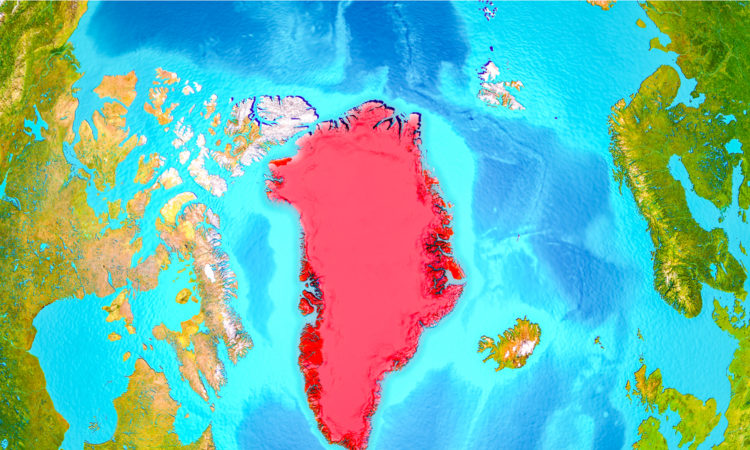 Hidden away beneath the melting ice, Greenland has an abundance of rare earth minerals — the kind that are used to power just about all modern technology, yet China controls the majority of the world’s supply.

You may recall last year when US President Donald Trump was looking into how much Greenland would cost, and all the press coverage it received.

Access to Greenland is desired by the US and other nations for a number of reasons, including rights to mine its rare earth minerals that are essential to modern technology.

There are 17 rare earth metals derived from rare earth minerals that go into making everything from smart phones, tablets, and solar panels to advanced weapons systems and sensors.

In Greenland, the hills surrounding the southern town of Narsaq “are estimated to hold about a quarter of the world’s rare earth minerals,” according to NPR.

Right now, the United States imports 80% of its rare earth minerals from China, which is the world’s top producer.

On the economic front, China currently supplies what American enterprise demands, so it is in a very good bargaining position, but China could cut off the supply at anytime.

On the military front, China could simply stop exporting critical materials, and the US wouldn’t be able to build its fighter jets and weapons systems.

The idea of having a more secure supply chain makes Greenland a coveted prospect for the United States and other nations not wanting to rely on China.

However, as an autonomous territory of the Kingdom of Denmark, Greenland isn’t a fully independent nation, but there is an independence movement already underway.

“The mandate we have from our people says that we must work towards independence,” Greenland Premier Kim Kielsen told High North News in January.

“More than 70 percent of our population want us to move towards independence, and it is stipulated in the law on Greenland’s Self Rule how this must happen,” he added.

Last year, Kielsen made it clear that Greenland was open for business, but not for sale.

According to the BBC, “Greenland’s economy is reliant upon two things; fishing, which accounts for 95% of its exports, and an annual grant from the Danish government.”

If Greenland does gain independence, it’s economy would rest on fishing, but it looks like it could make a fortune in rare earth mineral extraction.

As Greenland’s ice melts, it is presenting new opportunities for exploitation, and who knows what else that may uncover.