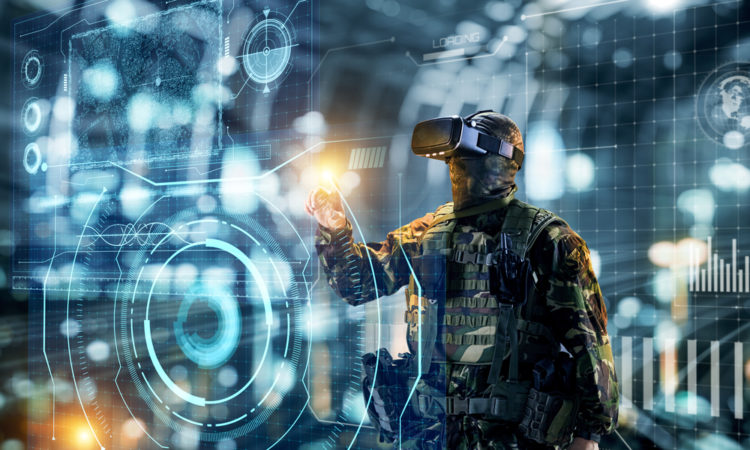 Over the years, the Defense Advanced Research Projects Agency (DARPA) has launched ambitious research programs that would turn soldiers into self-healing super-humans with telepathic-like abilities.

When combined, the following research programs could be melded together to create a super soldier that is impervious to mosquito bites, can pilot and/or control up to 250 drones telepathically through a brain-computer interface (BCI), and can be rapidly healed on the battlefield through tissue regeneration and neurotech.

Boy, never a dull moment over there at @DARPA. Here’s a look at their #brain-computer interface that allows for telepathic piloting of #drones: https://t.co/MuqdWLW80b @thesociable #BCI #neurotech pic.twitter.com/SsGzXVqH1w

If you’re looking for a hands-off approach to drone piloting, DARPA’s got you covered.

After years of research, trials, and major funding, DARPA was able to use a brain-computer interface to allow for the telepathic piloting of drones.

“As of today, signals from the brain can be used to command and control … not just one aircraft but three simultaneous types of aircraft,” said Justin Sanchez, Director of the Biological Technologies Office at DARPA, at the Agency’s 60th-anniversary event in Maryland via Defense One on September 6, 2018.

“The signals from those aircrafts can be delivered directly back to the brain so that the brain of that user [or pilot] can also perceive the environment. It’s taken a number of years to try and figure this out,” he added.

Telepathically controlling three types of aircraft simultaneously with a BCI is amazing enough, but DARPA also wants its soldiers swarming with 250 robots simultaneously in urban combat!

Rapidly healing soldiers on the battlefield

The Sociable has reported at least two DARPA research programs that aim to quickly heal its soldiers on the battlefield that include healing spinal cords at the wound site and the intelligent healing of complex wounds.

For example, DARPA’s five-year Bridging the Gap Plus (BG+) program combines AI, neurotech, and biosensors in an attempt to heal spinal cords at the wound site.

By interfacing with the nervous system, one goal of the BG+ program is “to restore natural functions such as breathing, bowel and bladder control, movement, touch, and proprioception (kinesthesia) that can be lost when the spinal cord is damaged.”

“DARPA intends to use any available signal, be it optical, biochemical, bioelectronic, or mechanical, to directly monitor the body’s physiological processes and then to stimulate them to bring them under control, thereby speeding healing or avoiding scarring or other forms of abnormal healing.”

If DARPA is successful with these programs, you can imagine the impact their technology could have on society if it ever becomes commercially available — especially the potential to revolutionize healthcare.

Soldiers can have many adversaries — not all of them human.

Mosquitoes are some of the deadliest creatures on earth because of how they spread disease. Malaria, carried by mosquitoes, killed 438,000 people in 2015 alone, according to the World Health Organization (WHO).

Last year, DARPA announced its ReVector program, which aims to diminish the olfactory attraction mosquitoes have to human skin — or even actively repel mosquitoes — “by engineering the skin microbiome to temporarily alter chemical production.”

By modulating the interaction of skin-associated microbes with metabolites from the body, ReVector technologies might lower the incidence of mosquito feeding, and thus reduce the opportunity for the insects to transmit diseases such as malaria, dengue, and chikungunya that reduce military readiness.

“DARPA wants to apply the tools of biological engineering to create a new protective approach that is optimized for troops in the field. Our end goal is a treatment that is simple to apply, low maintenance, and without undesirable side effects,” said Christian Sund, the ReVector program manager.

When DARPA research is years ahead of commercial technology

DARPA’s ambitious research programs don’t always pan out, but sometimes they have a way of living on through other platforms.

For example, DARPA’s LifeLog project was meant “to gather in a single place just about everything an individual says, sees or does: the phone calls made, the TV shows watched, the magazines read, the plane tickets bought, the e-mail sent and received.”

LifeLog was reportedly scrapped on February 4, 2004 — the very same day Facebook was launched — back when it was called TheFacebook.

However, if DARPA’s research programs into bioengineering soldiers of the future were not only combined, but also successful, the bioengineered soldier of the future would have amazing capabilities, without even scratching the surface on decades of DARPA research.

One day these potential technologies could be of great benefit to society.

DARPA has funded research into many modern technologies such as the foundation for the Internet (ARPANET), GPS, and voice assistants like Alexa, Cortana, or Siri.

Sometimes, looking at DARPA research is like looking into the future.