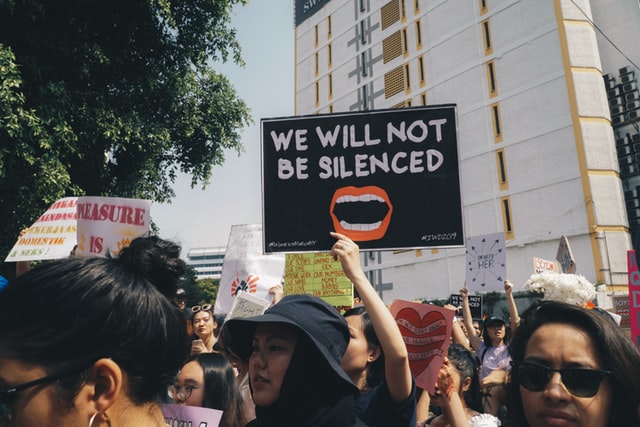 Education, increasing connectivity, challenging stereotypes and raising awareness are just some of the ways technology — if used efficiently — can help reduce violence against women, according to the Pixel Project, an NGO aiming to raise awareness, funds and volunteer power for the cause to end violence against women.

Roughly one in three women worldwide have experienced either physical and/ or sexual intimate partner violence, or non-partner sexual violence in their lifetime, says the World Health Organization (WHO). In some countries, this rate can increase to up to 70 percent.

In the fight against this deep-rooted societal problem, the internet and social media are essential, according to the Pixel Project, a non-profit virtually run by volunteers across the world.

The organization takes part in an international campaign that the Women’s Global Leadership Institute started in 1991, called the 16 Days of Activism Against Gender-Based Violence. These 16 days begin every November 25, to commemorate the International Day of Violence Against Women.

In line with this concentrated period of activism, every year, the Pixel Project launches “16 for 16,” a special blog campaign, which publishes one post per day, for 16 days. In 2017, the blog shared 16 ideas on how technology can be used to combat violence against women, which are all very much still relevant today.

According to the United Nations (UN), 31 million girls around the world are not in school. A lack of education could affect girls’ long term ability to seek employment and have an income, leaving them vulnerable to forms of gender-based violence such as child marriage.

Increasing access to digital libraries, therefore, could be a vital way to ensure that they consume the pedagogical content they are missing, the Pixel Project points out.

Lobbying for more digital education resources in community centers and local libraries could be key to improve access to learning applications, animations, graphics and quizzes.

In many instances, violent attitudes and behaviors towards women are also a product of the culture and content people consume on a daily basis, such as some video games.

According to Deutsche Welle, in some gaming communities, female gamers receive sexist bullying for playing the video game on a daily basis. Electronic Arts (EA)’s partner organization Ditch the Label says that around 60 percent of online gamers have been bullied while gaming.

As an alternative, the Pixel Project’s blog points out that certain video games themselves can serve as a form of educating gamers about sexism.

Examples include Angry Bridges, which teaches them about historically misogynistic practices such as dowry in India, and Hannah, which teaches gamers how to protect female characters from domestic violence.

By nature, internet access can be exclusive, as it requires access to electricity, and — in most instances — a certain level of literacy to be able to digest the content it offers. For women in rural areas where there are low levels of connectivity, even if computers that could prevent them from being victims of violence are available, they may not be able to use them.

However, even without access to the internet, most remote areas have access to radio frequencies. Innovative projects to encourage connectivity, such as US-based NGO Media Matters for Women, which operates in Sierra Leone, aims to connect radio frequency with mobile phones.

Mobile phones, with the ability to make calls and send SMS messages, also guarantee access to national helplines which can guarantee support, advice and counselling for women facing violence. The Pixel Project sites helplines such as the Women’s Protection Helpline in Palestine and a family support hotline in Afghanistan.

In 2020, the tech industry continues to be male-dominated, with female employees constituting between 28 and 42 percent of the workforce at the US’ largest tech companies, according to research by Statista.

And this dynamic begins with the way the career is approached in educational institutions, where men are more likely to study advanced higher education modules in STEM (science, technology, engineering and mathematics), according to the 2015 Trends in International Mathematics and Science Study (TIMSS).

By increasing initiatives to encourage young women who are interested in studying areas related to STEM or pursuing them as a career option, barriers will break down and stereotypes will begin to change. Organizations dedicated to this include Girls Who Code and Girls In Tech.

Sexism and misogyny are also built into platforms that we might not consider to be ways of spreading the ideals. Research by the United Nations has also revealed that these values, which can be visible in product packaging and adverts, are also built into digital platforms such as search engines.

To combat this, the Pixel Project suggests that creative designers should be more conscious in the way they design the technology.

The Pixel Project also recommends applications which target dispelling violent behavior towards women such as the sexist catcalls women often receive while walking the streets.

Harassmap, for example, is an app which collects data on the street harassment of women in Egypt. Using this data, teams of trained volunteers visit communities and talk to leaders about how they can do to address the social problem.

Social media is one of the most efficient tools for bringing attention to the problem of violence against women. Instagram, Twitter and Facebook are perfect for starting online campaigns and organizing protests, which can be brought to the attention of large groups through the use of hashtags and events.

Thanks to the spread of the campaign on social media, the feminist performance ‘a rapist in your path’ — which is a form of protest against sexual assault, victim-blaming and state silencing of women — has been performed by women in over 200 cities across the world.

Hackathons can also be a useful way of raising online awareness of violence against women and creating a cyberspace for victims where they can seek help and advice, while remaining anonymous.

Whether they are intended to protect women suffering from violence or prevent the actions of those who inflict it upon them, internet access, social media, applications and video games continue to be some of the most effective ways to bring an end to this in 2020.