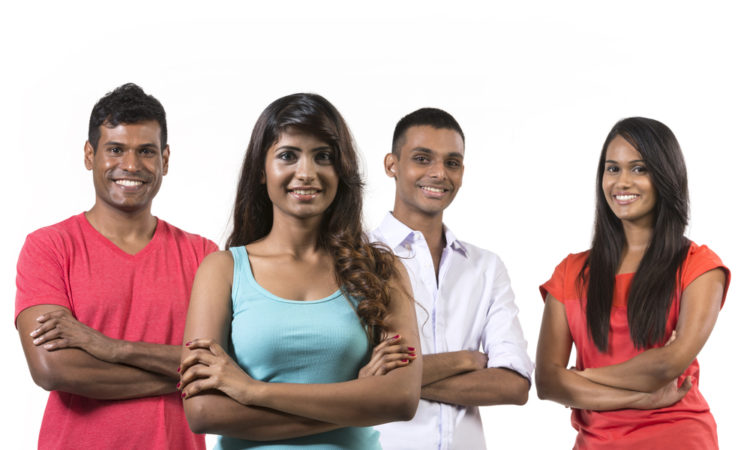 MakeLoveNotPorn (MLNP), which shares real-life sex videos promoting healthy sexual values, is interested in launching a version in India where even talking about sex is considered taboo.

Now, youth in India are pleading for an Indian version of MLNP.

“Young people write to us from India all the time and say, ‘Please, will you launch an Indian version of this, because my country needs you. Let’s change India through sex,’” she says.

Studies conclude that pornography provides a powerful heuristic model that shows in men’s expectations and behaviors during sexual encounters.

As an Indian woman who spent her college days in New Delhi, I remember walking faster to get out of a secluded alley or crossing the street to avoid groups of men standing around. It is a country where, according to the National Crime Records Bureau (NCRB), a woman is raped every 15 minutes.

“When we empower women, we create a far happier world for everybody, including men, and when we do that, we are one step closer to world peace”

Gallop, who was a speaker on the culture panel at the Horasis China Meeting in Las Vegas last week, explains what could be expected if MLNP achieves were to achieve its social mission at scale:

In India, men hold power in the domain of the family, as fatherly figures. For example, a child will not get admission in schools without a father’s name. Fathers still decide where children work, marry, etc., and husbands ‘allow’ wives to work or not.

Brothers and sons get special privileges. Sons bring daughter-in-laws home while daughters are given away to a man’s house.

Dowry is still a practice in most Indian homes. A 2018 UN study noted that female dowry deaths account for 40%-50% of all female homicides recorded annually in India, representing a stable trend over the period of 1999 to 2016.

If MLPN were to be successful in India, Gallop postulates, “We will therefore cease to bring up rapists,” adding, “because the only way that we end rape culture is by inculcating in society, an openly talked about, promoted, understood, operated, and very importantly, aspired to, gold standard of what constitutes good sexual values and good sexual behavior.”

A Startup Around Sexual Values

During her many travels to India, Gallop has sensed the realization among Indian people of the need for opening up full dialogue in sex education. As such, she wants to collaborate with all of them, because, shared values plus shared action equals shared profit, she says.

“The only way that we end rape culture is by inculcating in society, an openly talked about, promoted, understood, operated, and very importantly, aspired to, gold standard of what constitutes good sexual values and good sexual behavior”

“When all of us who believe in opening up a startup around sexual values come together and collaborate to walk that talk together, we can really make change happen in a way that benefits all of us and our society,” she says.

Most rape and sexual abuse cases go unregistered in India because of the stigma attached. When victims don’t speak up, it encourages perpetrators to repeat. Gallop believes introducing open dialogue about sex can help there too.

“When we do that, we also end #metoo, sexual harassment, sexual abuse, sexual violence, all areas, where the perpetrators currently rely on the fact that we do not talk about sex to ensure that victims will never speak up, never go to the authorities, never tell anybody. When we end that, we massively empower women and girls worldwide,” she says.

Fear of What Other People Think

Gallop says her biggest challenge with MLNP is the social dynamic that she calls ‘fear of what other people will think.’

“Fear of what other people think keeps people quiet, but I can promise you that personally, they are responding in very different ways. In 10 years of working on MLNP, I realize that everybody in the world is dying to talk about sex,” she envisages.

Work from the Grassroots

Gallop is looking for Indian investors in order to hire an on-the-ground Indian team to redesign and represent MLNP as a homegrown Indian venture.

“In 10 years of working on MLNP, I realize that everybody in the world is dying to talk about sex”

Her strategy for working in a market with a rigid public like India is to start from the bottom.

“I believe that change happens on the bottom up not the top down. So I want to go into India at the grassroots level, to hire an on-the-ground team and rise without trace.

“I want to do so much good at the grassroots level, that by the time we are more public, it is clear that we are a very valuable service,” she says.

Gallop reveals that MLNP gets a ton of traffic from India, most of whom are millennials.

One Step Closer to World Peace

We plan to go to Mars, yet we still can’t talk about sex in most social settings. While we can explore videos on the Internet openly for how to behave well or cook well, to explore sexual moves, we must go to a dark untraceable corner.

Can Gallop’s MLNP make a difference? She says that MLNP is her attempt to bring about world peace, she also adds that she is not joking.

“When we empower women, we create a far happier world for everybody including men, and when we do that, we are one step closer to world peace,” she says.