HomeTechnologyFrom the mines to your mobile: the questionable lithium battery supply chain
Technology 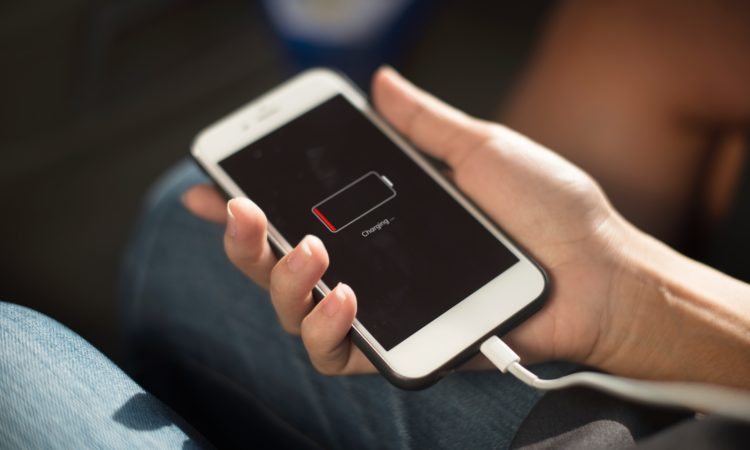 If you are reading this article, you are probably doing so on a device which uses a lithium-ion battery.

Laptops, smartphones and tablets are all powered by rechargeable batteries – and lithium-ion is the market choice. Aside from portable devices, these batteries are also crucial to the growth of the electric vehicle (EV) and energy storage industry, both key elements of the transition towards a greener economy.

The growth of these industries is fuelling a boom in global demand for several metals which make up lithium-ion batteries. This is particularly true for lithium and cobalt, two metals coveted for their unique properties. Lithium makes a battery rechargeable, whereas the high energy density of cobalt provides boosts battery power.

Global reserves for these two metals are strongly concentrated in regions with weak environmental regulations and workers rights, and where the history of natural resource extraction is one of exploitation and environmental degradation.

More than half of global lithium reserves are located in high-altitude Andean deserts, underneath dried-out salt lakes in Argentina, Bolivia and Chile – the so-called ‘Lithium Triangle.’

Bolivia possesses the largest largest known reserve of lithium in the world, but has so far been unable to export its vast resources. In stark contrast, Chile and Argentina have been exporting lithium for decades and behind Australia occupy second and third place respectively in the list of global lithium producers.

Global demand for lithium is expected to quadruple by 2025, and meeting this demand will require the continuous exploitation of Latin American resources. Yet there are a number of environmental and social issues linked to lithium extraction in Argentina, Bolivia and Chile.

A major concern is the quantity of water required to mine lithium. In Latin America, the extraction process involves pumping a salty brine from beneath the ground into a series of evaporation pools. Over the course of several months, a variety of different elements are evaporated over the course of several months until eventually lithium deposits can be taken to a plant to produce lithium carbonate – the end ingredient which goes into lithium-ion batteries.

The extraction process takes place in extremely arid areas. For example Chile’s Salar de Atacama – which holds the country’s largest lithium deposit – is one of the driest deserts in the world. One thousand seven hundred litres of lithium brines are pumped from the subsurface every second – an astronomical consumption which recently sparked concerns that mining will cause more water and brine to leave the water system than can be returned by precipitation. This is a serious issue across the ‘Lithium Triangle,’ where many indigenous Andean communities rely on an already-limited water supply for agricultural activities.

The industrialisation of lithium mining also generates pollution and introduces new chemicals into fragile Andean ecosystems, adversely affecting hydraulic cycles, fauna and flora. The high-altitude deserts where lithium deposits are found have unique animal and plant species which have developed over several centuries. Preserving them is not only key to avoiding major ecosystem disruptions, it is also key to attracting tourism – an important industry in both Bolivia and Chile.

Many of those adversely affected by mining are Quechua and Aymara people – two indigenous communities which have experienced a long and brutal history of natural resource exploitation dating back to Spanish colonisation, when indigenous populations were systematically enslaved and sent to work in mines.

Today, indigenous communities are largely excluded from debates on natural resource extraction and local frustrations have often boiled over into social conflicts between mining companies and local communities.

Cobalt from the Congo

Sixty percent of the world’s cobalt is sourced from the Democratic Republic of Congo (DRC) – a country riddled with corruption and which has also suffered a sad history of natural resource exploitation from foreign companies characterised by chronic instability and civil wars.

Government institutions are notoriously weak and as a consequence so are regulations on mining. For cobalt, industry regulation is practically non-existent.

With growing global demand putting pressure on tight supply, cobalt extraction increasingly takes place in rudimentary mines. Workers – including children – typically use pickaxes to dig into dangerous tunnels which frequently cave in and cause casualties. Although they dig around the clock, workers barely make enough to feed themselves.

There is also a fear that the country’s many armed groups will generate further violence by fighting for control of lucrative mines, which could bring further instability to a nation already ravaged by war.

The ubiquitous nature of portable devices also means that lithium-ion batteries are an unavoidable feature of daily life. In the past, they have been lauded as pivotal to the transition away from fossil fuels and towards to a greener economy.

However, a surface analysis of the battery’s supply chain reveals a number of worrying environmental and social issues. Without addressing these issues, they could make us dependent on equally unstable and unequal supply chains.