HomeTechnologyHigh ranking US officials slated to address ‘industries of the future,’ job creation and automation
TechnologyWeb 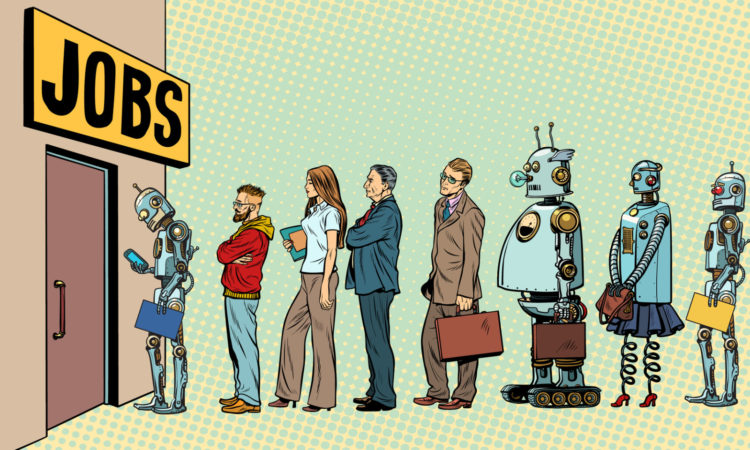 Some of the highest ranking officials in the US government’s top tech organizations are slated to appear before the Senate Committee on Commerce, Science, and Transportation to discuss industries of the future.

Next week the directors of the National Science Foundation (NSF) and the National Institute of Standards and Technology (NIST) are scheduled to appear alongside two commissioners from the Federal Communications Commission (FCC) and the Chief Technology Officer of the United States for a hearing entitled “Industries of the Future.”

The hearing will take place on Wednesday, January 15 and will examine how the United States can maintain its global economic edge in:

While the list of high ranking government officials slated to appear in Wednesday’s hearing may be subject to change, the current lineup consists of:

While many hearings call in witnesses from the private sector, next week’s lineup will consist purely of government employees; some at the helms of the biggest tech agencies in the United States.

Therefore, it will be interesting to see what proposals they make during the hearing because they are in unique positions of power to influence policymaking, which would have a direct effect on the economy.

What comes out of this hearing could help set new policies and regulations on automation, 5G, and biotech while addressing how to create new jobs and training programs to face the onslaught of digital disruption that has been transforming industries for years.

“This will be the defining challenge of our generation: creating the programs, tools, and opportunities for somebody who’s midcareer with a mortgage and with children that can’t afford to go back to school”

Many workers in the US have been worried that automation will take their jobs, with various studies saying automation will make jobs obsolete on a scale of anywhere from 9% to 47% and beyond, according to a 2018 Roosevelt Institute report called “Don’t Fear the Robots.”

However, as many outlets and think tanks have reported, automation is also creating new jobs that were previously unheard of, and I believe that part of next week’s hearing could help bring forth policy ideas for bridging automation with job creation.

Workforce training will also be key to addressing industries of the future, but for those who have worked more manual labor-types of jobs for 20 years or more and still have another 10-20 years before retirement, the controversial “learn to code” type of approach may not be applicable.

According to McKinsey partner and economist Susan Lund, “This will be the defining challenge of our generation, we think: creating the programs, tools, and opportunities for somebody who’s midcareer with a mortgage and with children that can’t afford to go back to school for two years to get an associate’s degree or four years to get a bachelor’s.”

We shall see if next week’s hearing will also address how jobs like coal mining, truck driving, and others at high risk of automation or obsoletion can have some type of reassurance that their employees won’t be left in No Man’s Land, having been born 20 years too early or too late into a world that is accelerating faster than ever.