HomeTechnologyHow nanotechnology is sizing up healthcare, beauty and conservation
Technology

How nanotechnology is sizing up healthcare, beauty and conservation 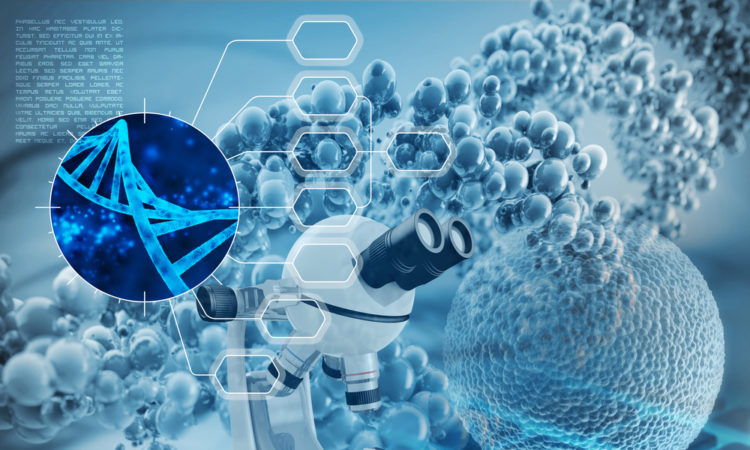 All living organisms function under specific conditions, the so-called laws of nature. But with the expansion of scientific knowledge in the past centuries, humans haven’t always just been helplessly swayed by the powers of nature.

While far from controlling nature, we have invented substances and came up with strategies that allow us to stretch the boundaries of science, from altering cell processes to becoming fully immune to diseases.

One of the most promising innovations of our times – nanotechnology – is taking it even further. Sometimes nicknamed the next industrial revolution, it pervades virtually every field from manufacturing to the food and drink industry.

By operating on the atomic and molecular scale, nanotechnology carries out the most precise interventions. What new possibilities does it bring to industries dealing with biology?

In 2018, global healthcare nanotechnology reached $160 billion and this number is likely to grow to over $300 billion by the end of 2025. There’s no wonder why — healthcare is the true harvest field of nanotechnology with diverse opportunities, mostly in diagnostics, treatment, and prevention of diseases itself.

Experts have developed nanosized diagnostic devices that can be deployed throughout the human body to monitor levels of toxins or other substances. This allows for constant and real-time monitoring of an individual on a very detailed level – something that was hardly imaginable just a few years ago.

And what’s more! due to their size, these tiny sensors can enter spaces that are normally difficult to examine, including the brain.

Regarding treatment, there have been experiments with nanosized robots that can travel through bodily fluids. They can work to deliver active substances in a highly effective way.

Likewise, they could bring implants that destroy old cells and inject healing substances to promote the growth of new ones or the recovery of existing ones.

In this respect. In fact, researchers at North Carolina State University are developing a method to deliver cardiac stem cells to damaged heart tissue.

This highly-targeted approach also means a revolution in cancer treatment as we know it: nanotechnology could eliminate the adversary side effects of the conventional methods that affect the whole system.

Read More: Doctors will navigate this passive pill cam like they were playing Xbox

And with closer oversight and enhanced possibilities for direct intervention, cancerous cells can be destroyed even before a major breakout occurs.

Scientists at the Worcester Polytechnic Institute are working on such non-invasive preventive strategies. They have developed a chip made of carbon nanotubes that can capture circulating tumor cells of all sizes.

These can be analyzed easily to help identify any early-stage tumors and monitor treatment progress.

2) Nanotechnology in Beauty and Cosmetics

Nanotechnology has also seen a big boom in the cosmetics industry. In recent years, we have seen a rise in the usage of various nano-substances, including peptides, proteomics, stem cells, and epigenetics. These could directly intervene against the sources of any dermatological phenomenon, be it wrinkles, pigment spots, or acne.

The potential is immense, which is demonstrated by the industry’s rising investment and the fact that major cosmetic producers, including L’Oréal, P&G, Dior, and Johnson & Johnson, publish several nanotechnology-related patents every year.

L’Oréal specifically designated a web page to nanoparticles to educate their consumers about the power of these substances in many aspects; from intensifying the shade of mascara to providing a matte finish effect on the skin.

The uses are truly diverse. For example, we can find the adoption of nanoemulsions that encapsulate active ingredients to be carried deeper into hair shafts, or nanosilvers and nanogolds that are known for their antibacterial effects and are used in deodorant or toothpaste.

Nanotechnology is practically used in all everyday products, including moisturizers, haircare, or sunscreens.

In fact, the usage of nanoparticles in sunscreens has perhaps earned the most attention. These SPF creams contain zinc oxide and titanium dioxide as their main compounds. Such products can reflect UV rays, in contrast to the traditional chemical sunscreens that absorb the rays.

That’s why nano-powered sunscreens appear transparent, instead of leaving a white layer on the skin. Yet, this method has been associated with safety concerns, arising from the risk of the particles penetrating tissue and entering the human organism.

While there is still research to be done, an Australian study from last year disproved this notion and asserted that nano-powered sunscreens are unlikely to be harmful.

But it’s not just healthcare and beauty. Nanotechnology also brings opportunities to conservation and preservation. By being able to disrupt biological processes at the most detailed level, scientists are working to delay wilting and enhance desired processes, such as fostering an environment unfriendly to bacteria.

Specifically, there has been a lot of progress done in the field of food storage and preservation. For example, the encapsulation of nutraceuticals through nanotechnology is a step towards greater food safety and bioavailability, allowing us to benefit from food to its full nutritional potential.

However, similar applications could boost a plethora of other industries, including design and art, education, and science. Laboratories could find easier ways to preserve biological samples, while impressive natural artworks could be exhibited in museums for decades, bringing awe to many generations.

One of the innovations already being put to practice is the NanoFreeze technology, which can directly battle the sources of flower decay. This preservation strategy relies on a uniquely set up freezing process that can halt decomposition.

It kills present microorganisms, stops enzymatic reactions, and establishes a protected environment that prevents the occurrence of parasites. This way, NanoFreeze technology succeeds in maintaining the bloom looking fresh even years after it was cut off, bringing unprecedented possibilities to the floriculture industry and beyond.

From live-saving innovations to more mundane consumer upgrades, nanotechnology presents many opportunities for the future.

While predicted to grow significantly in the upcoming years, it’s crucial to understand that the innovation still hasn’t reached its peak and is yet to experience its full bloom.

Disclosure: This article is brought to you by a client of an Espacio portfolio company

Hani Al-Hajari is the founder of Flower Secret, which looks closely at solar energy and nanotechnology in its mission to change and improve the flower preservation process for the bridal bouquet industry.
view all posts