Brazil has received backlash for using facial recognition during Carnival, but a new data privacy law may shake things up 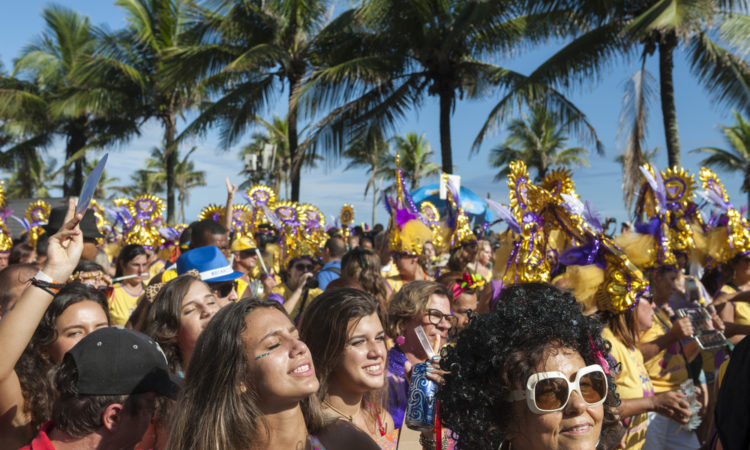 Carnival, for most Brazilians, is synonymous with samba, sweat, and caipirinhas. Some of the best parties of the year take place during the annual festival, when hoards of people line the streets — head to toe in fancy dress — to take part in parades or watch them go by.

At such a carefree time, what most party-goers do not expect, however, is to be exposed to technology that can recognize them, access their most private information, and potentially put them behind bars.

For 19-year-old Marcos Vinicius de Jesus Neri, who went to a street party in Salvador, Bahia, dressed as a woman for Carnival last year, his disguise was not enough to shield him from facial recognition technology that authorities were pioneering at blocos (street parties). The fugitive, who had been on police ‘wanted’ lists for month, accused of homicide, was arrested and has been in prison ever since.

According to Brazilian news outlet Veja, a total of 134 arrests were made during last year’s Carnival in the state of Bahia based on facial recognition technology from just 16 cameras.

Motivated by this success rate, Brazilian authorities decided to ramp up the use of the technology at Carnival this year. In the hope of catching a larger proportion of citizens with criminal offences attached to their biometric profiles, they installed a total of 106 smart cameras across the states of Bahia and São Paulo.

This year, the government of São Paulo also installed a new algorithm for analyzing images, as well as strategically placing smart cameras and drones to analyze facial data in real time.

Brazil’s largest city already has a contract worth $58 million Brazilian reais (almost US $13,000) to implement the technology aboard its metro, a deal that was finalized last year.

But a new data privacy law, due to be introduced this August, might mean things are about to change.

How accurate is the technology?

The multibiometric system, which alerts the authorities if the physical similarities identified match over 90 percent of data already in the system, is not flawless by any means.

On the second day of Carnival in Rio de Janeiro this year, for example, a woman was wrongly arrested based on indications from the technology, which had mistaken her for a wanted fugitive that was already in prison. This data had not been updated in the system.

Speaking to Huffpost Brasil, Caetano Paulo Filho, the director of the Intelligence Department for the Civil Police of São Paulo admitted that he was aware the technology could make mistakes, despite its ability to function well.

For this reason, he explained that the police would not be using the technology to replace traditional street policing, which is expected at Carnival. He also mentioned plans to make staff reinforcements in biometric laboratories, as well as in the monitoring of the images coming from the cameras.

What does public debate around the technology look like?

In Brazil, data protection lawyers  — who are less concerned with facial recognition technology’s ability to increase security — question whether the images it uses come from databases containing public information, or whether they have instead been taken from social media.

“Is it a matter of public security to monitor the population’s schedules and consumer habits?” digital rights lawyer Adriano Mendes asked the national news outlet G1.

Speaking to the same publication, Rafael Zanatta, who works for Data Privacy Brazil, outlined his concerns that the public administration was failing to properly test the technology.

He suggested that the urgency with which officials are keen to address Brazil’s public security problem could mean they overlook the thorough consideration the technology requires.

Indeed, President Jair Bolsonaro’s hardline crackdown approach to public security could mean the technology is pushed through before authorities are fully aware of its bounds.

In August this year, Brazil is due to install a new data protection law, the General Law of Data Protection, which will restrict the treatment of citizens’ personal data — including biometrics — in order to guarantee their digital freedom.

When it comes into effect, this new law will conflict with how security forces are currently using facial recognition technology.

From August onward, therefore, cases of arrest made using the technology will need to be assessed on a case-by-case basis, to see whether or not the law applies to the protection of their privacy.

How this process will play out is still under discussion, but Brazil needs only to look outside its own borders to find examples of the dangers of misusing the technology, which are evident in China, where it was used for political persecution during the wave of protests in Hong Kong last year.