Ms. Smith challenged the world leaders in attendance to use connectivity and technology to empower “all of us, in our own countries.”

The Sociable2 years ago1 commentAI 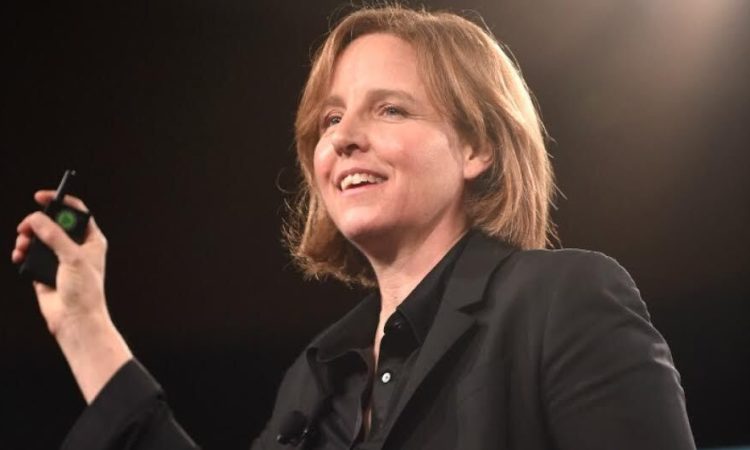 Smith, who served as the country’s first woman CTO from 2014 to 2017 under the administration of President Barack Obama, was joined in the plenary by Rep. Barbara Lee (D-13 California) and Armen Sarkissian, President of Armenia. The plenary was chaired by CNN Chief International Correspondent Clarissa Ward.

During the discussion, panelists debated how the new U.S. administration can rebuild trust in the country’s institutions in the face of deep geopolitical instability, worsening ecological and health crises as well as rising wealth inequality. They also debated the importance of technology and innovation in creating a more inclusive world.

“All around the world there are innovation communities … The neighbors need to welcome each other into them.” — Megan Smith, CEO of shift7.

President Sarkissian noted that for the U.S. to lead by example, the new Biden administration must realize that “they’re entering a completely different world” from the last time Biden was in office as Vice President. Adding that, “In many ways … half of our time is now [spent] in a virtual world,” and the interconnected nature of communication, mostly via social media, means immediate reactions to whatever politicians say or do.

Holding up a piece of fiber-optic, undersea cable she keeps on her desk, Ms. Smith echoed the Armenian President’s sentiments, saying, “the world is connected by the speed of light.” She added that with this increased hyper-connectivity, many more voices are coming to the table. She challenged the audience to think about how we can use this connectivity and technology to empower “all of us, in our own countries.”

Ms. Smith pointed out that one of the biggest challenges facing the world as technology develops at breakneck speed is ensuring that it is inclusive, especially in artificial intelligence (AI). “All around the world there are innovation communities,” Smith said. “The neighbors need to welcome each other into them.”

Currently serving as CEO of shift7, a platform for tech-forward innovation and inclusive collaboration that brings together the smartest minds to work on the world’s toughest challenges, Ms. Smith was previously Vice President at Google. She’s also currently an advisor at the MIT Media Lab, Vital Voices, Thinkof-Us, LA Olympics 2028, and the Malala Fund, which she co-founded.

In an interview with Politico, Ms. Smith spoke about the mission of shift7, and the need to find and accelerate the works of brilliant innovators across the world who are tackling pressing issues such as climate changes, bias in AI/machine learning, access to healthcare, poverty, criminal justice reform and human rights.

The opening plenary was the first of many in the day-long event that brings together world leaders to debate rebuilding trust.

The Horasis Extraordinary Meeting is a forum where senior members from the Horasis Visions Community – including heads of state, ministers and CEOs from the world’s leading firms – can interact with incoming government leaders and corporate executives to help support and shape a roadmap that can help lead the world out of crisis.

Founded in 2005 by Dr. Frank-Jürgen Richter, Horasis is one of the world’s foremost gatherings of business leaders who interact with key government officials and eminent thought leaders. Regular meetings are held throughout the year to help advance solutions to the most critical challenges facing businesses, governments and societies.