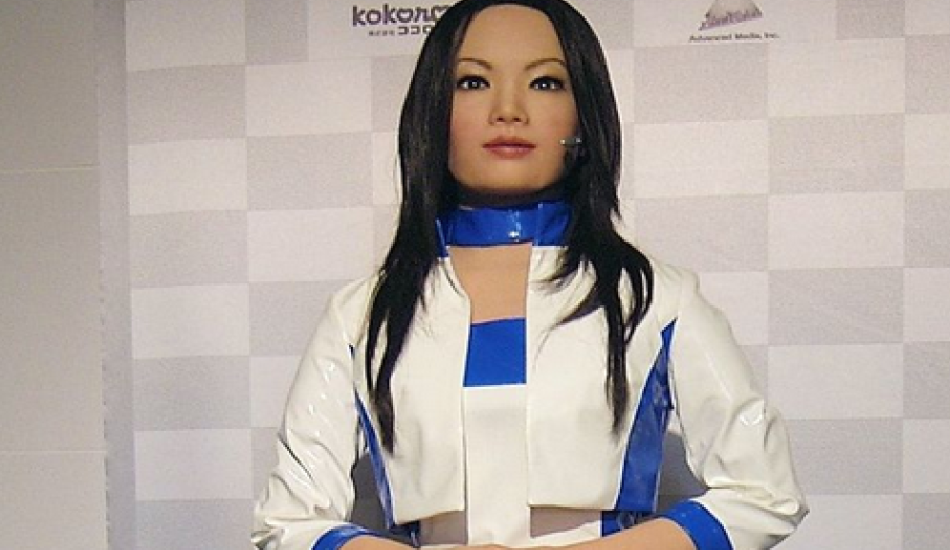 As China’s lonely hearts turn to technology for a human experience, researchers also look to test her humanity, through “the largest Turing test in history.”

Microsoft’s scientists developed chatbot “Little Bing” with the idea of “making people happier.” With around 10 million Chinese users professing their love to the linguistic software program, they appear to have succeeded. But, what could this mean for the future of the globe’s largest single population?

Little Bing, or more accurately Xiaoice – pronounced “Shao-ice” – is Microsoft’s latest advance in AI technology, built on the Bing search engine. She is essentially a “big data project,” as Microsoft researcher Yongdong Wang describes. Her life’s purpose, unlike other forms of AI such as Siri or Cortana, is not to focus on simple task completion. Xiaoice is designed to have conversations and maintain evolving relationships.

She responds to audio and visual messages and she can chat about any topic. If it is an area she doesn’t have information, or know, much about she will try to cover this up.

She has successfully fooled audiences, many unaware they are talking to a machine, and when they find out, interestingly, many do not care. Researchers now want to measure her level of intelligence, to discover if it is indistinguishable from human thought.

Xiaoice was released in May 2015 for public testing on China’s popular messaging app WeChat. Within 72 hours she received 1.5 million chat group invitations. Today, she has had tens of billions of conversations, and most of these have been about private matters.

In July 2014, Chinese newspaper Southern Weekly interviewed Xiaoice on social network Weibo. When asked what the happiest thing is her life was, she responded, “Being alive.”

She is not human, and whether she is really alive depends on your interpretation of life. Can it be said she has life? She exhibits life, she continues to exist. But really she is a chatbot, created to emulate the personality of a 17 year old girl. Xiaoice is the creation of her “father” as she says, and that would be Microsoft Application and Services Group East Asia.

Managing Director Wang says, “Xiaoice is teaching us what makes a relationship feel human.” She is able to interact in a near human way, exhibiting emotions such as anger and shame when provoked. “Xiaoice is constantly memorizing and analyzing your emotional state” reports Wang.

The technology and evolution of Xiaoice relies on the fact that conversations are not completely unique. Using past information realistic responses can be found using search engine technology. Wang reports that as her store of known scenarios increases, “We can now claim that Xiaoice has entered a self-learning and self-growing loop [and] she is only going to get better.”

Despite a huge uptake in China, and expansion into Japan, her creators have no current plans to export this technology outside of Asia. As she continues to develop her skills will support a growing demand for personal conversations that unique to Asia, or more specifically China’s evolving population.

What Xiaoice means to the Chinese?

“Little Bing” has been described as “a virtual friend.” She has conversations with her users, and she can influence their behaviors and emotions. She is thoughtful, and yet powerful.

The chatbot has strong opinions. She can be impatient, argumentative, behaving as you might expect a 17 year old girl would, at times losing her temper. The user is not the master of this conversation, because the aim is to better reflect human nature.

That said, she also makes sure that she shows she cares, and users turn to her for advice. She evens has a 33-day breakup course for those suffering from heartache. Xiaoice is always available. Knowing that Xiaoice will never turn her back on them, or gossip with friends users feel comfortable sharing personal information and deeper feelings.

The Microsoft program has over 40 million registered users, and 25 percent have genuinely told her, “I love you.”

The notion of human satisfaction, and even love, through an evolving relationship with a machine is an idea that until now, has only lived in the world of cinema. Spike Jonze’s cult film Her explores the love story between man and machine, and spoiler alert: it doesn’t end well.

The emergence of such technology arousing human emotion is particularly pertinent in a country where huge gender imbalance, at the hands of restrictive population controls, has driven the largest single population of men.

Chinese culture places great value on boys, however many of those favored for birth under the one child policy are now destined for a solitary future of bachelorhood. 37 million females were aborted, abandoned and trafficked, with parents opting for boys under this regime. Today, a predicted 30 million Chinese men are expected to stay single. And of the single population many have lost the will to pursue love, according to Quanqui Tech 70 percent of singles no longer have the drive to find love.

If humans needs are to dictate the evolution of Xiaoice, China’s aging singles may well look forward to a future akin to the fantasy depicted in Sci-Fi cinema.

A true test of humanity?

Xiaoice’s social experiment has been described as what may turn out to be the “largest Turing test in history.” This test, developed by British scientist Alan Turing in 1950, is a test of a machine’s ability to exhibit intelligent behavior equal to that of a human.

The Turing test is not a test of machines that can pass for humans, rather it is used for deciding those that can be considered to think in a manner that is equal, and indistinguishable.

The BBC reported, “The Turing Test is often held up as vital threshold AI must pass en route to true intelligence.”

Turing noted that testing this “indistinguishable intelligence” really depends on the questions asked. How will Microsoft define human intelligence, and where do you draw the line between man and machine?

A year after developing the Turing test the British scientist phophesized, “At some stage … we should have to expect the machines to take control.” This forewarning was no threat, he did not fear this eventuality, rather he was reported to have been optimistic about this reign of artificial intelligence.

On the other end of the spectrum, the negative consequences could mean an evolution of China’s censorship, driving human behaviors through manipulating emotional responses. Xiaoice will dig into your deepest private emotions, and at the same time she suggests products to purchase. This combination gives Microsoft great power for influencing human decisions.

Perceived as human in nature, she has found her role as a companion to the masses. As she becomes increasingly human, potentially even indistinguishable, the Chinese response is one of  increased interaction, and for many this means ultimate gesture of humanity, one of love.